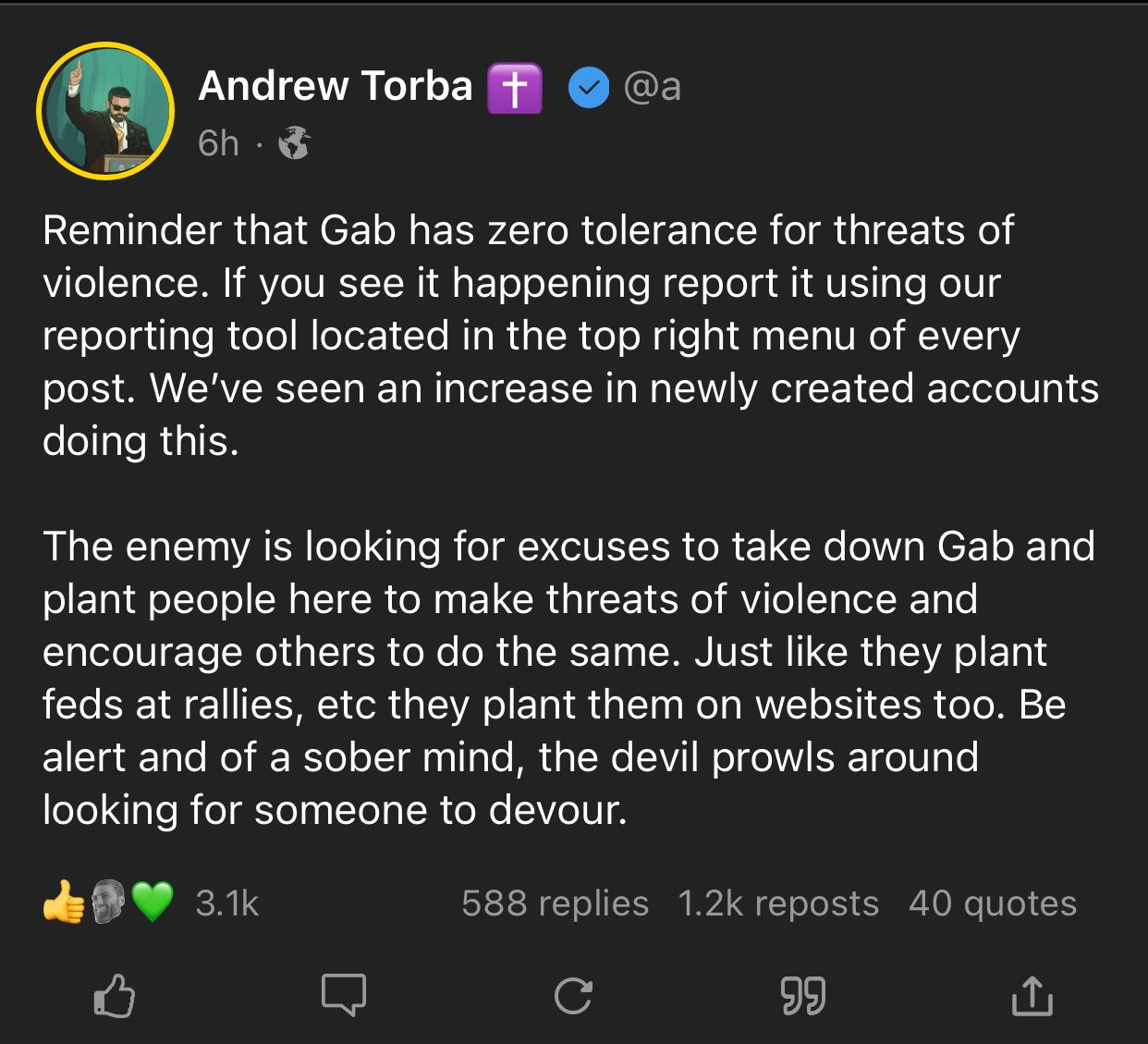 That hasn't stopped its enemies from doing enough that a less determined man than Andrew Torba would have folded. And yes, associating with the likes of many of the people on this forum is keeping bad company and is bad PR.

But face it. Social media has its own culture. I refuse to judge meme warfare by the standards of what would or would not embarrass a politician.