TheDonald
Communities Topics Log In Sign Up
Sign In
Hot
All Posts
Settings
Win uses cookies, which are essential for the site to function. We don't want your data, nor do we share it with anyone. I accept.
DEFAULT COMMUNITIES • All General AskWin Funny Technology Animals Sports Gaming DIY Health Positive Privacy
1553 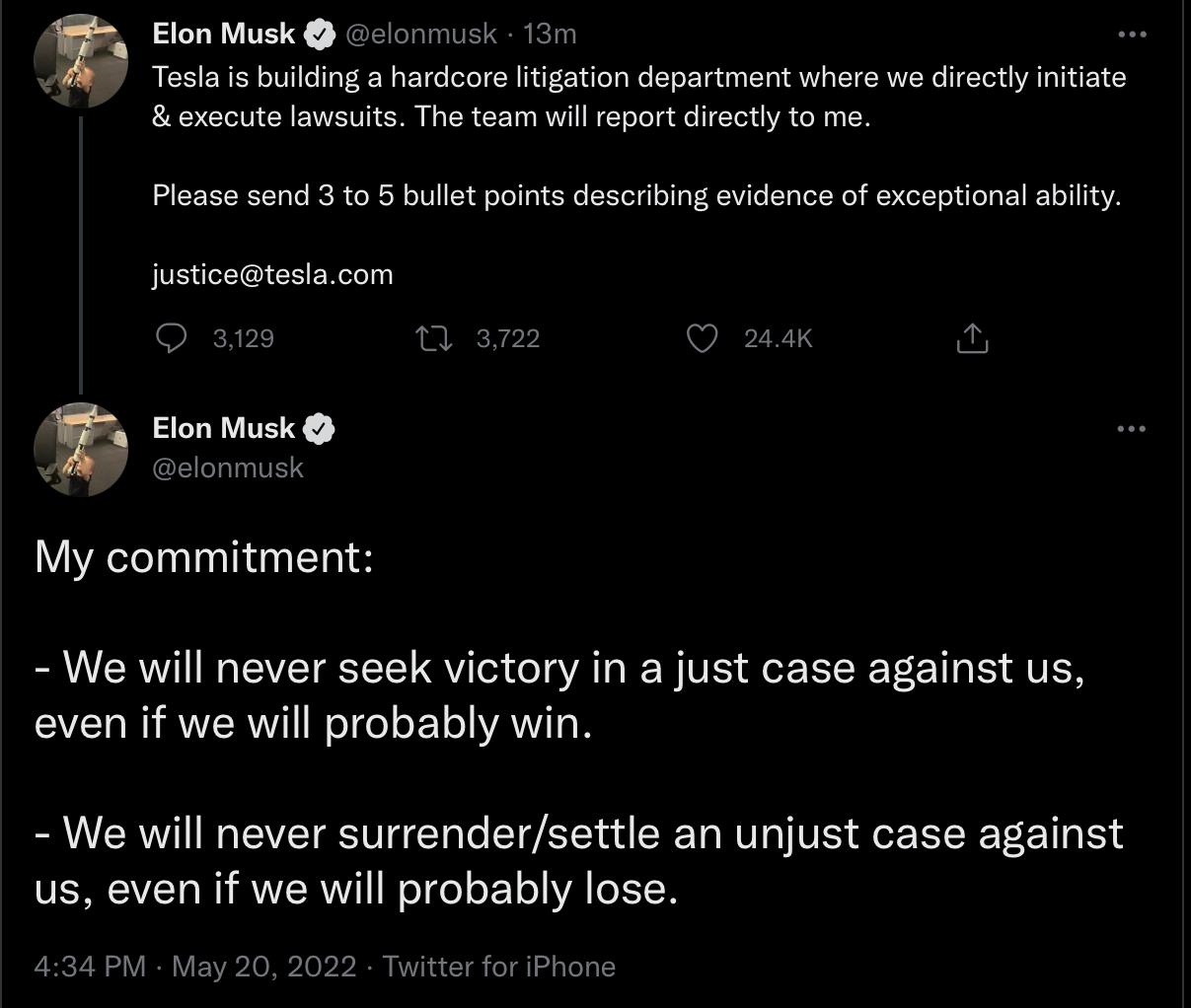 Also filed under: just because you can doesn't mean you should.

My guess is the second statement is for legal reasons

For all those downvoting, it’s very likely he needs to make a statement that he is not weaponizing the law system.

I'm getting a freedom boner...

Badass mindset! The mindset of winners!

The people who golf with the judges get whatever they want.

The people who can hire 12 lawyers get most of what they want.

You and I get the big rubbery one.

I golf with federal appeal judges and do Christmas parties with Supreme Court judges. I just sent in my 5 bullet points.

Its the fairest racket man can think of, and believe me a racket is inevitable one way or another

eventually you need men with guns to protect you

Now you know why Trump spent so much time playing golf

Yeah, the Twitterati lawyers are bristling over that, “an exceptional lawyer can’t summarize their career in a few bullet points.”

Sure you can. If you can't thats because you're a faggot, not because it's not possible.

Agreed, that's how they weed out certain personalities.

Wait now.. he is going to have a hard time with that.

He is asking for ETHICAL lawyers? Don't they remove that part of your brain before you get to take the bar?

Currently studying for the Bar. Can confirm, I’m a scum bag.

Not gonna lie. This gave me an erection.

2 months ago i was asking "Where is our billionaire"? ...I have my answer...THANK YOU Elon

He just asked for 3 to 5 bullets of exceptional ability. Didn't say shit about being a lawyer. I'm in.

You had me at karate chopped.

Good eye, you should add that you are more observant than most to your bullet points. Doesn't say anywhere that being an actual Lawyer is a requirement. Here is my exceptional ability.

I see you've learned from the very best. Lionel Hutz aka Miguel Sanchez is the greatest lawyer in the history of law.

Lol, indeed I have. Lionel Hutz aka Miguel Sanchez voiced by the late great Phil Hartman is possibly the best side character from the Simpsons early seasons. Crackle has seasons 3 and 4 of News Radio for free. Phil Hartman in his Prime!

2 more bullets if you want the job

I have a feeling this will be one of the defining tweets of the 21st century.

If we take america back from the globalists - Elon will have been a major catalyst in this great fight.

May he find Christ & stay true to his honorable ambitions.

For the record, I’m still skeptical about the man’s liberal girlfriend and neurolace.

If Elon becomes orthodox Christian & exposes how atrocious our “greatest ally” is, then I will believe he’s unstoppably based.

I might have to buy a Tesla after all this.

I want to be a part of this dream team

I bet his second statement is legalise

I think Elon Musk is Batman.

I should send Elon some cash.

Guys, I have a sneaking suspicion Elon Musk lives in a cave with a dude named Robin

Just a thought. I hope Elon is genuine and not just playing us.

Nah, this is an offensive as well as defensive team. We’re not getting played.

Yesterday Twitter’s board insisted the deal would move forward at the agreed upon price, despite Elon’s claims about bots, and today he announces he’s forming a hardcore legal team that answers directly to him.

Wyatt Earp is coming, and he’s bringing hell with him.

I think it's funny, I propose an idea to discuss and it gets down voted. Thanks for sharing your idea!

Its actually not a bad idea. I pitched the idea that he came out as "Republican" to get ahead of the jerking off scandal... so everyone would think "o this is payback for being a republican"

Elon specifically mentions that Tesla will be hiring these lawyers. Tesla is a publicly traded company with a fiduciary duty to all shareholders, so these lawyers aren't going to be able to go after Twitter to litigate their fraud with respect to Elon's purchase as an individual.

Instead, I think this is more about getting ahead of the dirty games that he expects Deep State proxies to play against the company whose stock makes him the richest man in the world. For instance, if institutions like Blackrock drop Tesla from managed 401k's for provably political reasons, then both Tesla and the class of 401k beneficiaries might conceivably have grounds to sue.

The ones who just put batteries and electric motors into other manufacturer’s cars?

Lol, what a pathetic comeback.