TheDonald
Communities Topics Log In Sign Up
Sign In
Hot
All Posts
Settings
Win uses cookies, which are essential for the site to function. We don't want your data, nor do we share it with anyone. I accept.
DEFAULT COMMUNITIES • All General AskWin Funny Technology Animals Sports Gaming DIY Health Positive Privacy
1054 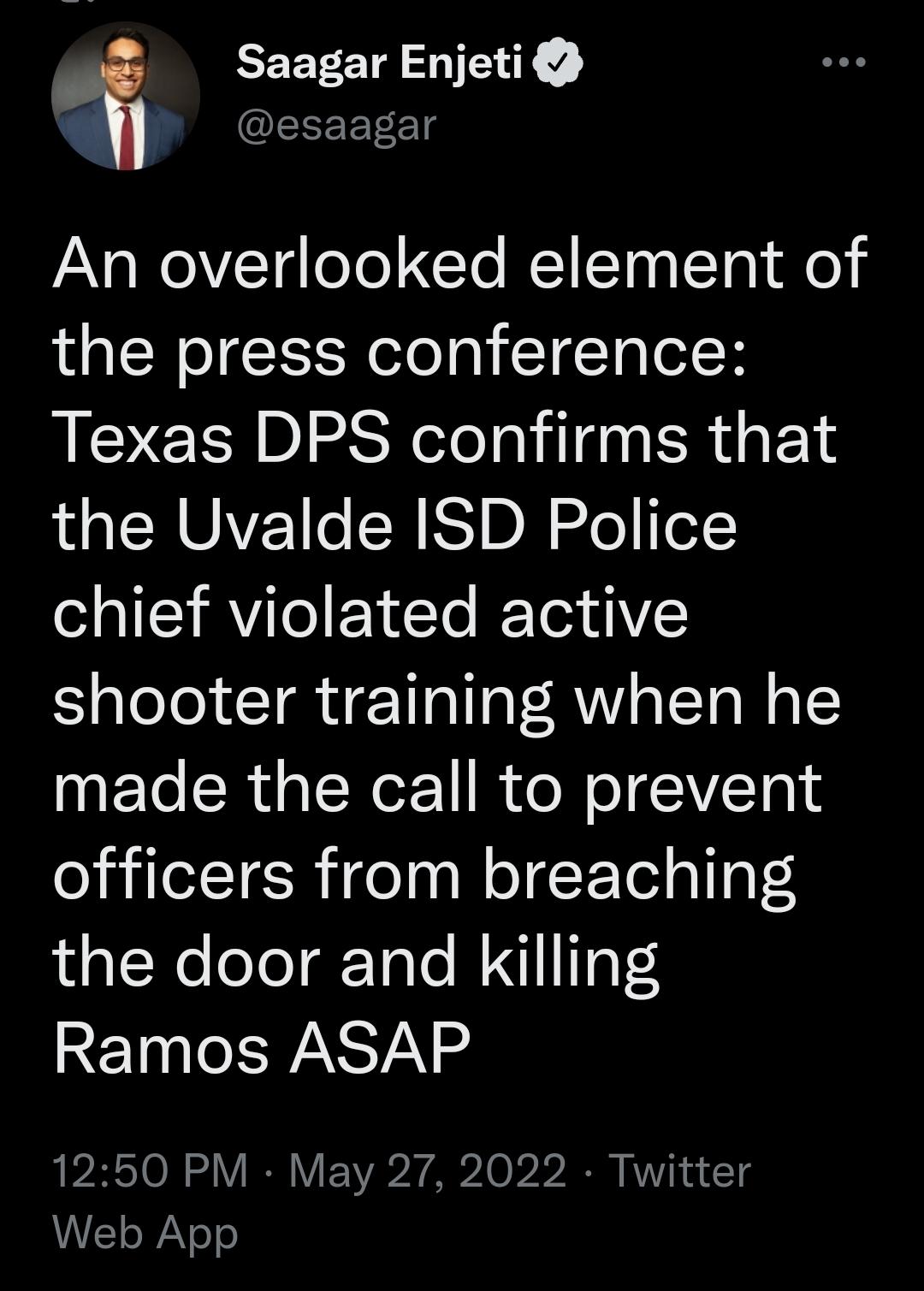 He was waved off by Feds.

Exactly. Also why they would rather cuff and pepper spray parents who were trying to go in.

The police chief was told by someone in the obiden camp to wait. Fuckers.

The most overlooked statement was the kid arriving at the school with 58 loaded AR mags plus weapon(s). That's a lot of bulk and weight.

The same thing Stephen Paddock did in Las Vegas with 40 "assault rifles."

Is It Not True, That All False Flags are Always Enacted by the Enemies Within?

Right Under Our Noses!

Those Perpetrators Should Be Hung Upside Down, in a Public Square Until They Die a Very Slow Death...

Come on don't be so hard on the guy. You know you got to make sure there are enough dead children to insure all the RINO's get on board with gun control.

Chief paid off, just like the Florida one. Death to traitors.

Last I knew because of Columbine the policy is literally call for backup and go in. Grab your shotgun, grab your vest (if you somehow aren't wearing it). Go to the sound of gunfire, drop anyone with a gun. Backup will arrive later. Literally violating their usual policy of wait for backup before going in, BUT school shootings are so rare and important, there's a special rule.

If Breaking Points is saying this I believe it.

IARD. Immediate Action Rapid Deployment. Every LEO agency in the country is trained on this response to active shooters. First officer to arrive on scene immediately enters facility and goes toward the sound of gunfire. There is no deviation from this.

They were ordered to stand down. There can be no other reason. The question is, who gave the order?

What needs to be called out is people saying he did it because he was bullied, but the shooter is 18 years old and it was an elementary school that he clearly couldn't have been a student of. To me this seems more like a gang hit of some sort, where a parent who had some beef with a Mexican gang, had a hit put out on their kid as revenge, so they hired this guy to shoot up the school.

Who takes orders from a school cop?

The "school cops" in Texas are with the city PD assigned to the school areas.

TIL 'barricaded' means locking a door.

The CIA got sloppy on this one boys

If it was a false flag why the hate on this board. I swear this board has been infiltrated and it's starting to be a turn off

Another one of those Biden "unifying events". 🙄

What options did the kids have?

It's not cowardice. Cops are too dumb to buck training - they had to be told in that instant not to do it.

Subpoena the phone records and texts and find out.

Exactly. Get his phone records, texts and emails form that day. Not waiting for SWAT has been SOP since Columbine in the mid 1990s.

LOL, downvoted by a dumbass cop.

He is probably an incompetent ass. A lot of that going on in police forces these days.

They are not incompetent. They are killing you.