TheDonald
Communities Topics Log In Sign Up
Sign In
Hot
All Posts
Settings
Win uses cookies, which are essential for the site to function. We don't want your data, nor do we share it with anyone. I accept.
DEFAULT COMMUNITIES • All General AskWin Funny Technology Animals Sports Gaming DIY Health Positive Privacy
2137 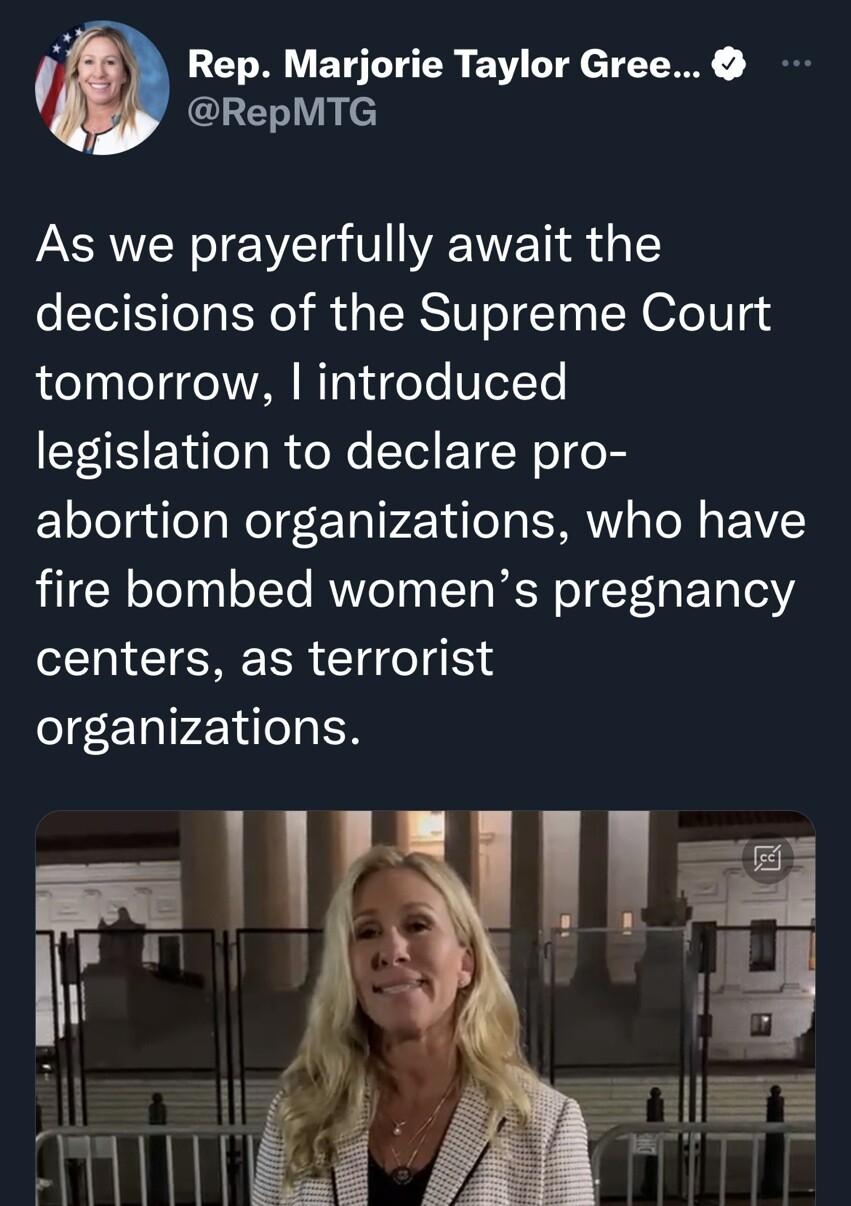 The people who were fire bombing abortion clinics in the 90s were terrorists. Why not both ways?

Oh, that's because you currently are a racist. Silly bigot...

The DOJ is going to use every tool at their disposal to dodge this issue until they are all fired and replaced.

They'll be leaving wakes, and will be easy to track down.

Exactly. First piece of MSM news that got shoved down my throat as a kid was how evil Eric Rudolph was. His crime?

Placing a bomb at the Atlanta Olympic Games and then MAKING TWO WARNING CALLS about the bomb.

The intent of the bombing? "the purpose of the attack on July 27 was to confound, anger and embarrass the Washington government in the eyes of the world for its abominable sanctioning of abortion on demand"

"In the summer of 1996, the world converged upon Atlanta for the Olympic Games. Under the protection and auspices of the regime in Washington millions of people came to celebrate the ideals of global socialism. Multinational corporations spent billions of dollars, and Washington organized an army... to promote the values of global socialism as perfectly expressed in the song "Imagine" by John Lennon"

and this is why they absolutely hate Marjorie Taylor green more than they hate any of the other Republicans that have been in office for decades..

To be fair, killing murderers should never be considered terrorism. But that in every aspect of Gods view is justice.

Thanks to MAGA having no current political or judicial power whatsoever, this will be about as effective as trying to vote our way out of totalitarian tyranny.

With that being said, am I allowed to have two wives?

This is true, but I still applaud her efforts. I'd rather see them trying than sitting on their hands doing nothing.

I find it great that American women are able to negotiate the Byzantine politics on the Hill while we men are just cleaning our hardware, counting supplies, and maintaining cardio.

Doing something you know is pointless is just a sign of stupidity or insanity. Most likely it's just pandering so stupid people will give them donations.

The funniest part is liberals misremembering the name of their own terrorist organization.

Sorry, but the easy response to this is, what about all the abortion clinic bombings. Setup. Over it.

Not exactly a good defense though, since they already pursue those as domestic terrorism. Groups like "Jane's Revenge" and "Ruth sent us" need the same treatment.

No, it’s not. So. Liberals don’t understand basic logic. Point is, this is purely divisive as a news story. Goes nowhere as far as, how is this questionably competent rep spending her time? Trump won and all this would be fixed if that were fixed. Who honestly cares what this govt does. Illegitimate and this is a waste of time either way.

More useless pandering with things that have zero chance of getting anywhere. Let's see what happens IF we take back the majority.

Its amazing to be they need legislation to classify people that destroy property and attempt to kill with a political intent terrorist. Fairly certain thats already the thing.

How is this not already a thing?

Why is legislation for this needed? Oh so they don't enforce it like protesting a Supreme Court justices home??

...aaaand they already have a "white supremacist insurrection" counter-narrative prepared.

I’m not sure how this doesn’t already fit under that umbrella?

All the more relevant now!

The DOJ and DHS should have already done this like they did with parents at school board meetings.

Finally, a Republican who is a day early with an extra dime.

She is useless and she knows this has no chance.

It's a man cross-dressing

The rest of Republicans compromised with demoKKKrats to push gun control

While you're at it, pass legislation to create an actual federal law enforcement agency. One that is not inclusive, not woke, and not pro-LGBBQWTF++. Require it to screen only for actual patriots, and tell the rest to go fuck themselves.

MTG is a tranny himself

Back in my day your actions determined what you were. Violate peoples God given rights to push your political agenda? You're a terrorist.

We don't need the government to tell us what groups are terrorist groups any more than we need them telling us the color of the sky.

jane's revenge needs to be rounded up and prosecuted for their very real crimes, unlike the j6 folks still in lockdown for "parading."

if you were given a list of words to use to determine what "terrorism" looked like, firebombing would be on that list. parading, not so much.

The winds of change.

Our nation's founders are standing and applauding in their graves.

How about just defund planned parenthood, for the second time.

One day being classified a terrorist organization will be a blessing.

Her whole career is just for show now. She won't get anything done.

Thats how they should be. They are domestic terrorists and should be put down as such.

I had a good "I told you so moment at work the other day" I showed a coworker of mine, who is pro choice, an image from one of the graffitied pregnancy centers. The graffiti said "pro choice is not the same as pro abortion". About a year ago I was talking to this person and I told them that pretty soon these far leftist will be saying that pro choice won't be enough for them and that you must take the stance of pro abortion. She thought that was stupid and it would never happen because pro abortionist were peaceful and just wanted to live happy lives.

You must be watching CNN.

Kind of like opposing voter ID while carrying a drivers license, eh?