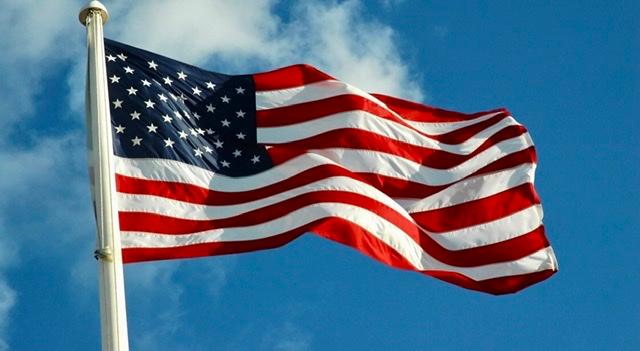 I'm proud to be an American every month, no matter how hard they try to ruin it or our reputation.

We have the best Pride Month.

Now this is the kind of pride I can "get behind"

I love getting behind at work

Be sure to use a condomummum pede!

This is a sight for sore eyes after having to deal with that Fruit Flag for 30 days.

Too bad they didn't pick Feb -- would have saved 2 days of clown fuckery, at least on non Leap Years.

The American flag and the Gay foag are basically synonymous nowadays... They both represent globohomo

I get that america has gone globohomo, but it's been proven that simply looking at the flag makes people more right wing.

Lee Greenwood has entered the chat.

Yup, Greenwood didn't have the stones GEOTUS had when he spoke at the NRA convention. Sad! https://www.breitbart.com/entertainment/2022/05/27/lee-greenwood-larry-gatlin-larry-stewart-cancel-nra-performance

At least he's not a total faggot who won't let Trump use his songs. Can't say the same for the likes of Bruce Springqueen.

I'm reading "1776" by David McCullough and came across a great passage the other day: "Suddenly, with the impact of an explosion, news of a Loyalist plot to assassinate the commander-in-chief burst upon the city. A dozen men were arrested, including the mayor of New York, David Matthews, and two soldiers from Washington's own Life Guard. The plot reportedly was to kill Washington and his officers the moment the British fleet appeared. Patriot mobs took to the streets to hunt down Loyalists. Those they seized were beaten, tarred and feathered, burned with candles, or made "to ride the rail," the cruel punishment whereby a man was forced to straddle a sharp fence rail held on the shoulders of two men, with other men on either side taking a grip on his legs to keep him straight, and thus the victim was paraded though the streets."

We need to bring riding the rail back

Democrats would probably break the rail - they're getting heftier every day.

They make American Steel for a reason....

Should be upside down.

July is the best month of the year.

Love the sound of our Flag whipping in the wind!

Now THIS is the right kind of pride we need to teach our kids.

PRIDE...about as legit as gay pride these days. What is there to be proud of? WE ARE A COUNTRY BEING RUN BY AN ILLEGITIMATE REGIME THAT STOLE OUR ELECTION. A country letting in foreign invaders by the 10's of Millions!!! A country being destroyed by marxist progressive faggots hellbent on taking everything you have worked for - everything your parents and grandparents have built to give it away to the lowest of low IQ welfare scabs with 700 Million more coming every day as WE (the proud) do absolutely NOTHING about it. Before someone calls me out for being a FED or Blackpilled Ahole, could someone point me to even ONE protest against what has happened to OUR BORDER? WHAT IS HAPPENING TO OUR BORDER? Yeah, I didn't think so.

So when you all celebrate OUR Independence REMEMBER the endless 3rd world illegal aliens that WE are literally importing into OUR Country every GOD DAMN DAY. WAKE UP!!! WE LOST and the battle still rages on as the 2nd amendment "hero's" post their "sunday gunday" pics on this site showing there fearless independence - in the words of "our president" C'mon man!

Hard to feel patriotic when nothing about the country feels American anymore.

Lord, we need all the blessing you are willing to bestow upon us.

The only flag needed in this country. If it's not your flag, you are in the wrong country.

If we're so proud, why aren't we going out naked to fuck in the streets? Confusing

You guys failed, should've have counter attack with this last month.

We'll do that next year.

July is white history month. Something to truly be proud of. AMAZIN'!

This should be a thing - why are the corporate logos in the US changed to red white blue colors?

Let’s start a campaign to do so.

The difference between we based Conservative Americans and the unstable, leftist, confused sexually Communists is that we don't need a month to show our American pride. We do it every day. Every month. All year long. God Bless America.

Now this I can get behind… this needs to be a thing for all of July!

Here's to the very much anticipated end of June and the beginning of July, my new favorite month 🍻

This is Wrath Month

I truly feel blessed to have been born here. But I'm not really big on any of the pride movements. I grew up being taught pride was one of the seven deadly sins. I can't take credit or feel accomplished for the great deeds of those who came before me. I can only be thankful and try to take care of what I was blessed with and create something more for the coming generations.

You inspired me to make this:

Even with more than half this country being retarder, it's still the best country.