TheDonald
Communities Topics Log In Sign Up
Sign In
Hot
All Posts
Settings
Win uses cookies, which are essential for the site to function. We don't want your data, nor do we share it with anyone. I accept.
DEFAULT COMMUNITIES • All General AskWin Funny Technology Animals Sports Gaming DIY Health Positive Privacy
2667 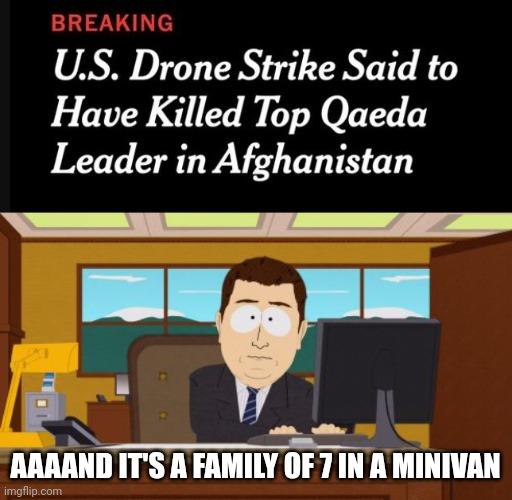 We stand on the shoulders of giant autists

Vaccine injured kids will save us by weaponizing their autism.

This is the correct method.

It was an a massive asthma attack not us

I'm only going to care about bombing a sand savage in the desert if the President has a public twitter beef with the guy before bombing him and posts an American flag to let everyone know he did it.

The whole "bomb a rando muslim to protect democracy" thing never made any sense to me. It downright disgusted me and kept me from hanging with "patriots" for years.

"We've got to fight them over there to avoid fighting them over here! But also banning them from coming here is racist and xenophobic and islamophobic plus we'll bring in a few hundred thousand of them, unvetted, as we tuck tail and run without following the plan that was literally set up for us."

Agreed. The last administration got Al the bad daddy, and that salami dood. 30 days notice on the border work for you? After 30 days it becomes a job to defend the Republic? Does that sit well? It doesn't for me. 30 days that are not deserved.

So are they gonna throw the body of this one off an aircraft carrier into the sea as well?

So traditional most Muslims hadn’t even heard of it!

Well, we kinda maybe sorta changed the definition of "traditional".

Can we use his corpse to beat Klaus Schwab?

I’ve fought them for eight years. The lives of the men, my brothers all, were shit on by this administration. Fury. Wrath. Hatred. Betrayed. Welcome to my headspace.

Your service, and theirs is appreciated. That does not make it right. I just wanted to acknowledge you, and them. Thank you. Take care of yourself.

We probably didn't even do a strike. Probably gave all of our drones to Ukraine or China and the pink haired tranny brigade couldn't fly one anyway.

Well... to be fair, Trump ACTUALY yardsale'd terrorists. Biden just says he did.

Just out to get some water.. and ooops I'm dead.

I don’t believe a word this administration says on anything.

And the drone strikes on Mexican cartel heads are when? Never.

It is hard to get clearance to drone strike CIA HQ and bank CEOs.

And nothing will happen, just like in the Afghanistan withdrawal, drone strike and kill 10 civilians, 7 of which were children and then act as if it never happened and all was good.

That is so fucked up, I actually chuckled. You need to chill, dude. Did the Muslims touch your private parts without consent? Are they with you in the room now?

Remember when Obama killed Bin Laden. It was right around the time his polls dropped. Pepperidge farm remembers.

Was thinking this as well

I bet 90% of the American public has no idea who this guy is.

It was a family of 10 with seven children

I updooted this because your post title is completely true. It was the first thought I had when I heard this fake news story. Obviously we are going to learn in a few days that it was a family of 7 and then the fake news will pivot back to abstruse discussions of what a recession is and is not. Joe got Zawahiri 81 million times!

Probably wasn't even a strike. Sleepy Joe and his DNC handlers needed to jingle keys elsewhere to distract people from their crimes.

From what I found online, Qaeda or Qaa'edah means something like 'ruler/guide/level' or something like their moral manual. So Top Queda Leader could just mean they bombed some top school teacher :D

Only according to taqqiya-practicing Muslims.

I thought Obama was in DC.

He's in Taiwan about to hand deliver the next virus to Pelosi.

That is an old mass psychosis, guys, we are on the new, new, new one now - which is itself on the precipice of becoming the inevitable leftist circular firing squad as all their hare brained bullshit collapses the elites power.

Reminder that the Obama administrations focus on drone strikes killed civilians 90% of the time and the total is probably higher because the admin counted any male over the age of 18 a legit target.

I'm surprised a drone was needed, when you can just vaccinate people.

Yeah that was the first thing I thought when I saw the news. This was just the CIA working in concert with a Democrat party at a pathetic attempt to rescue biden's poll numbers at the lowest they have ever been just before the midterms. And it won't work, because it's being overshadowed by the Chinese war that's about to happen

Is that cuck Cavuto?

They have these targets tracked around the world, then they kill them when it’s politically expedient.

I’m sure the 2022 elections have nothing to do with the timing of this.

It’s an effort to get Biden’s poll numbers up

Fact checkers: This meme is false. It was actually a school bus full of blind orphans on the way to the petting zoo.

Bro the article I read said he and his family found a safehouse...the AFG gov say's a house was attacked and destroyed by the missile....they say that there weren't any casualties.

I think the truth is the United States just murdered a bunch of people but the Taliban can't admit to that because their people would demand retribution and they don't want to restart the conflict all over again snice they don't have the means to exact revenge....yet.

Anyways, I'm glad I got this reminder telling me we're still at war with them because we haven't signed a peace treaty <3

Huh, I dont think that is correct. We havent gone that far off the mass murder charts

orrrr its the same guy we killed 5 times before