TheDonald
Communities Topics Log In Sign Up
Sign In
Hot
All Posts
Settings
Win uses cookies, which are essential for the site to function. We don't want your data, nor do we share it with anyone. I accept.
DEFAULT COMMUNITIES • All General AskWin Funny Technology Animals Sports Gaming DIY Health Positive Privacy
2094 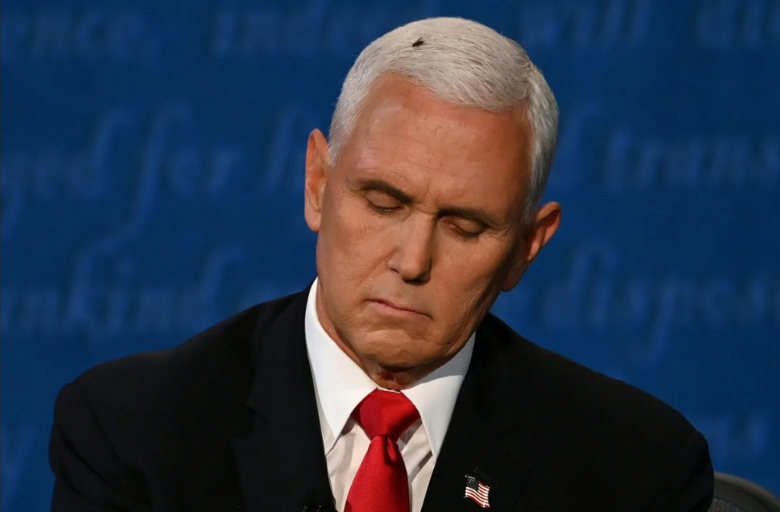 He sold out GOD. for a LIE.

It should have been thrown at his feet so everyone could watch him scurry around for it.

Pelosi personally gave Pence a House coin that evening on camera, no shit.

I remember. I remember that very vividly.

It was a free token ->> good for one night with a child token.

I bet Pence loves him some toddlers ala carte with his spirit cooking.

I can’t find that video but here he is getting another: https://www.youtube.com/watch?v=GvelGwocYRQ

the man who sold the world

are you going to miss your quota this week again, agent?

who cares when he joined

This guy doesn't horse around. ☝️

Gonna be glorious seeing President Trump smoke this fucker in a primary!

I can't wait for the debates. It's gonna get spicy.

So you're betting that GEOTUS officially ended Presidential debates?

The whole western world is slowly going in that direction. I can see it in Sweden as well. The number of debates have been drastically reduced, and our election is due in little over a month.

Potato brain doesn't have the cognitive function required to debate a house plant.

No. None of that happened. There will be debates next election. The sky isn’t falling.

excuse me?, all of that happened.

Alternate facts, as they say.

Yeah, I don't see there being anymore debates

Trump4Lyfe but I want DeSantis to get some reps on a national campaign for a 2028 run.

Dems know pence won't win but will try to demoralize us. Beware of blackpills

Yeah, and I used to love the Johnny quest memes. He really fooled me. I even ignored the fly. Guess lots of us learned our lesson.

I member that. I liked Mike, until he showed his true colors and chose to side with the DNC/RINO/MSM alliance.

Pence could have been a strong 2024 presidential candidate. But he went right along with the obviously fraudulent 2020 "election" and made no effort to challenge the dubious results, thus inflicting several years of Leftist Agenda "progress" on our failing republic. America's economy and reputation may never recover, and our "public safety" situation is in peril due to millions of illegal aliens flooding in to add to our violent crime issues, already disastrous from frequent rioting and entitled joggers committing out-of-control rampant crime/random violence with little intervention.

Pence could have questioned those ludicrous "election" results, and sent them back to be audited/verified. None of us were "demanding the 'election' be overturned," we wanted audits and verification- based on counties that reported more votes than the number of registered voters, the 3AM "Biden vote dump" spikes on the graphs, and other blatant evidence of fraud. But noooo, now we're 2 years into the DNC making a perverse Troon-laden mockery of our government, wrecking our economy, needlessly involving us in yet another foreign war, encouraging rioting/jogger crime, demonizing and slandering white people and Patriots, all while trampling our 1st/2nd/4th Amendment rights.

tl;dr Screw that guy. Pence can jam a cactus up his ass sideways, I'm not listening to anything he says until he handles that task.

He's has a pretty dry personality I never saw him taking the job up after trump.

I never even noticed he had a personality : ) He sounds much like a college football coach, very flat and bland in his speechifying. Even when speaking off-script in interviews and debates, he still sounds like he's reading from a teleprompter.

Pence has been nothing but consistent. He’s the most rigid politician ever. Smooth talking, but incapable of adapting or thinking for himself.

I assumed he would learn from GEOTUS, but I was wrong.

he could have been a hero..,

but his long relationship with the Bush clan was a tell. Trump had to pick someone like him to get the RINO’s and neo-cons (as distasteful as that is) on board or he never would have won the election

We should've been more mindful of Kek and meme juju: he wasn't the "Silver Fox" but, instead, the "30 silver fucks".

He's the worst kind - pretending to be of faith and yet deep down, an evil bugger. Judas would be proud of this two-face.

Oh that sums up just about every clergy man.

Judas got a fly on his head.

That's what happens to piles of shit

He's backing Liz Cheney wonder how that will go. LOL

Dude 30 Pence is brilliant is that yours, OP?

I don't think I can claim to have created the "30 Pence" meme, but I was one of its earliest propagators.

Well you introduced it to me so thanks lol awesome meme

Biggest cunt of the 21st century.

Two faced hypocrite, all this shite we are going through is on him.

How dare you insult Judas like that by comparing him to 30 Pence. At least Judas regretted what he did and killed himself.

You never know... Mikey might end up doing the same.

It was on Hilary in 2016 debate. There’s definitely something about that fly.

Lol, the fly picture. At the time, I wondered wtf is going on. On Jan 6 I learned Judas is thy name.

None has been lost except the one doomed to destruction so that Scripture would be fulfilled.

Na, this faggot is a catcher not a pitcher 😂

I remember when that fly landed on him & I was actually trying to defend him a lot.

Little did I know that he's a total traitor & fooled us all. Hillary had a fly on her too, I remember that more clearly. Sadly Biden & Kamala did not. We should listen to the flies more.

We must fight Pence as much as possible! He must not have a political future at all (besides being a RINO Anti-Trump traitor who stabbed us in the back)

I would like for Pence to begin a detailed and long-form discussion on the crash that happened in Indiana.

He should be ashamed to have endorsed an ultra rich candidate who spent an insane 30 millions dollars in negative ads while her opponent had only 10 times less, about 3 millions. Pence went for the corrupt elite trying to buy and cheat with an election. Did Pence’s candidate buy the election director that had to resign for not producing enough ballots to same day voters, Mr Frisk??? That would put Pence in a very ironic position. Endorsing fraud and corruption while saying that his role on January 6 was only symbolic and that he had to accept the fraudulent electors (wrong, there’s an objection process)

One decision ruined his career - couldn't have happened to a more deserving POS than Pence.

AND I do have a picture of said event with his wife, my wife, step-daughter, and son. I think I will burn it.

Tried to serve the Ragsperburger (whatevet the GA traitor name is) special in AZ but cheating was not enough this time.

Maybe he will buy a field with all the money he made.

Pence is a DOG

He beat us in Georgia with Kemp and Raffensberger, though. Expect shenanigans to continue unabated in Fulton County and other Georgia counties.

This probkilled any hope for him running for president. Good.

That’s got to be the biggest shit I’ve ever seen a fly make!!!🪰💩

If you look up shithead in the dictionary you see this picture.

What's the news? Did something happen with him?

Apparently Traitor Pence has been endorsing candidates in AZ and most if not all were rejected by the people. I can't believe the bastard even shows his face in public.

Anyone else just want to punch that face till it's mashed potatoes?

Obama had flies on him, too!!

I still think they'll install this worthless faggot in 2024. Just to rub it in our faces.

Fly bro tried to warn us!

It's crazy how he fell so far. Fuck Pence!

But he had Chris Christie. I don’t understand went wrong

He’s one and the same

I'll buy that for 30 Shmekels!