TheDonald
Communities Topics Log In Sign Up
Sign In
Hot
All Posts
Settings
Win uses cookies, which are essential for the site to function. We don't want your data, nor do we share it with anyone. I accept.
DEFAULT COMMUNITIES • All General AskWin Funny Technology Animals Sports Gaming DIY Health Positive Privacy
3099 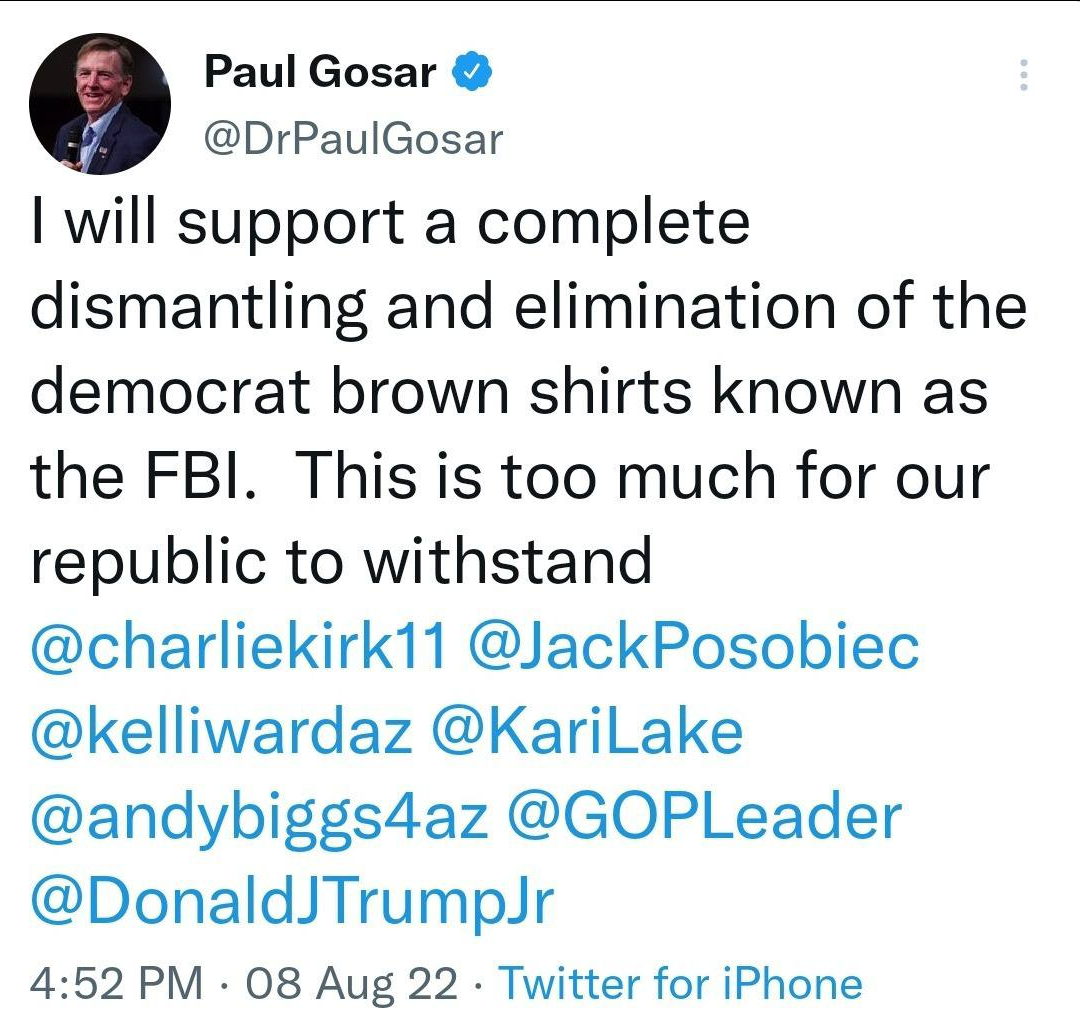 The FBI is the Stasi. Antifa is the brownshirts.

Antifa is publicly burning books by Magnus Hirschfeld and others like him?

The historical analogy to Antifa is Antifa (Antifaschistische Aktion). They were formed by Bolsheviks in the Weimar period. They fought against the Brown Shirts to defend child-rapists and drug dealers.

Twitter and Facebook are complicit in peddling child pornography and promoting all manner of sexual deviancy. They are the equivalent of the degenerate books that were being burned. I don't know why you're going in to bat for globalist corporate media and their sick perversions.

Most burned book by the NAZI was the Holy Bible

Antifa fuckwads seceded from Weimar Germany, they formed the Soviet Republic of Bavaria and promptly got their asses handed to them by the Weimar Republic. The useful idiot Antifa gave birth to the Nazi party by a reaction of the German people to being against communism and the cunt stooges that licked Stalin's boots.

Didn’t this clown say move on past 2020 elections?

Yes, FBI are the StaSi,

however, AntiFa are the red shirts.

We can look to history for lessons, but tomorrow's history will never be yesterday's.

The FBI is a bunch of DNC goon thugs. The GOP are the collaborators willing to hand out blow jobs on demand for safety and scraps.

Antifa are communists or anarchists, neither would have had a place or been welcome by the nazis

Anarchists really isn't accurate at all, although many people use it. Anarchy would imply they would be ok with no government whatsoever, which is literally the OPPOSITE of what Antifa-tards want.

The only reason anarchy gets inserted into this mix, is because some Marxists believe you must burn the existing system completely to the ground through revolution so you can then build a Marxist uber-state, whereas another sect of Marxists seeks to take over and convert our existing system.

BLM is the brown spots.

I think you meant stains not spots

Why is it always allusions to the nazis? Call them out for what they are, bolsheviks. Otherwise you get school teachers brazenly advocating for communism.

Call them out for what they are, bolsheviks

Because normies don't get a visceral negative reaction to the word "bolshevik". It sounds like a fucking beer. It's like "kangaroo court" or "Banana Republic"(which was a goddamn clothing store for fucks sake!). If it sounds cutesy even though it's terrible, it won't register properly with the normies.

Then call them commies.

Works for me. Except they are proud of being called that.

Exactly. Far left doesn't currently have negative connotations because instead the right tries calling them nazis, "real racists" etc, which is absurd.

Doesn't matter. I know what they mean, but all I think of are fluffy mousy things that jump up and down and a tasty fruit.

I'm pretty sure that 'Banana Republic' was among the common phrases thrown around for what our country has become in response to the Trump Raid.

That hardly speaks to a 'cutesy term' that doesn't resonate with the larger public.

Historical accuracy is unimportant, messaging is.

Since schools and the culture teach about the German Nazis and not very much about the Russian Communists. It is a failure of messaging to use terms poorly understood by the masses.

KGB and The Secret Police are well known.

Because this site is mostly boomers and they’re retarded,

It is now you who are retarded. Boomers actually fought Commies, in Korea, in Vietnam, lived through the Cold War with the threat of being nuked by Commies, saw the defeat of a Communist Empire when the wall fell and the USSR came undone..

But tell me child, how you know so much more about Communism.

You obviously have some love for Nazism as you are offended at what you perceive as a slight against them. The Nazi's were fucking Socialists, that merely one tiny step below Commies.

Boomers also allowed infiltration of government fed, state and local to the commies

Commies have been in this country forever. It's only recently they felt brave enough to come forward. There was a time they would have been killed or jailed for what they do in the open now. That's not the Boomers fault, we're old and worn out, time for you young fucks to quit cutting your dicks off and make a stand.

I'm Gen X at 49, no one is cutting their dicks off in my age bracket, but I get what you're saying.

Boomers can defend other countries, just not their own.

technically they are Stasi

Why is it always allusions to the nazis? Call them out for what they are, bolsheviks.

Because "Nazis" bring to mind a very clear and distinct image that's easy to understand.

"Bolsheviks", not so much.

True, but thats only because Jews own the media.

GOP is either Rino, or terrified

The GOP is is both. also angry you peons are ruining their globohomo fun time.

The entire government needs to be shredded and rebuilt by the words of the Constitution, nothing more. That's a Great Reset I can get behind.

Based and agree. Clean slate. Fire everyone in congress(and put them in military tribunals) and clean up the propaganda in schools, media and judiciary.

Resetting is the first and only way to get out of this mess.

The leftists in charge of the WH, Senate, House, and SC will not dismantle the FBI.

We could with a convention of states. A simple amendment like the federal government will have no law enforcement powers.

You can't guarantee they will continue to be in power and/or that they might also be forced to dismantle them against their own will.

I used to think Ron Paul was crazy for saying he's get rid of the FBI, he had more insight than I thought.

Trump better stay away from that grassy knoll.

What do you think those 87k IRS gun toting jobs are... It is a failsafe to another crime ridden institution.

If you love freedom, you must stand with Trump.... Mean tweets or not! 🇺🇸

I never once looked at tweeter until mean tweets.

WTF i love mean tweets especially when said mean tweets are 99% of the times directed towards people who deserve it. Lawyers, media personage, politicians and celebs are human filth.

Sorry ya'll, a 2022 GOP election sweep will not bare any fruit. Around 50% of each side of the GOP chambers are RINOs and will block/hold up any and everything

I love this guy and am humbled that he is my Congressman!

They never had a purpose to begin with. They are unconstitutional by their very existence. They should have never been formed.

Alphabet agencies exist merely as extra limps for the government to spy and harass citizens which they are suppose to serve.

Who will be GOP House Leader? It cannot be McCarthy.

Then the ATF and NSA, then some more 3 letter agencies after that. Then we give power and money back to the States to govern themselves.

God how amazing would that be. Get hard just thinking about it.

Let's make a list of people who publicly support trump and ask for the dissolution of corrupt government agencies. Don't upvote this, do me a favor and brainstorm ways to do this more efficiently: maybe a new post, maybe some other format where people can contribute with a post and a link.

50 people signed the declaration of independence.

It's state terrorism on it own people

Every last person working for or with them needs to be permanently bared from ever holding a government or government contract position at a minimum with a preference toward hanging on the national mall for their treason.

the original 13th amendment already bars them. Esquires got rid of it and then they took over every office. This is our problem whether we like it or not. Esquire is a title of nobility from a foreign power.

Some journo lies about Trump flushing docs in a toilet and the FBI sends armed agents to steal everything out his house.

Do I have this correct? Because it is all very confusing the application of laws and stuff.