TheDonald
Communities Topics Log In Sign Up
Sign In
Hot
All Posts
Settings
Win uses cookies, which are essential for the site to function. We don't want your data, nor do we share it with anyone. I accept.
DEFAULT COMMUNITIES • All General AskWin Funny Technology Animals Sports Gaming DIY Health Positive Privacy
1157 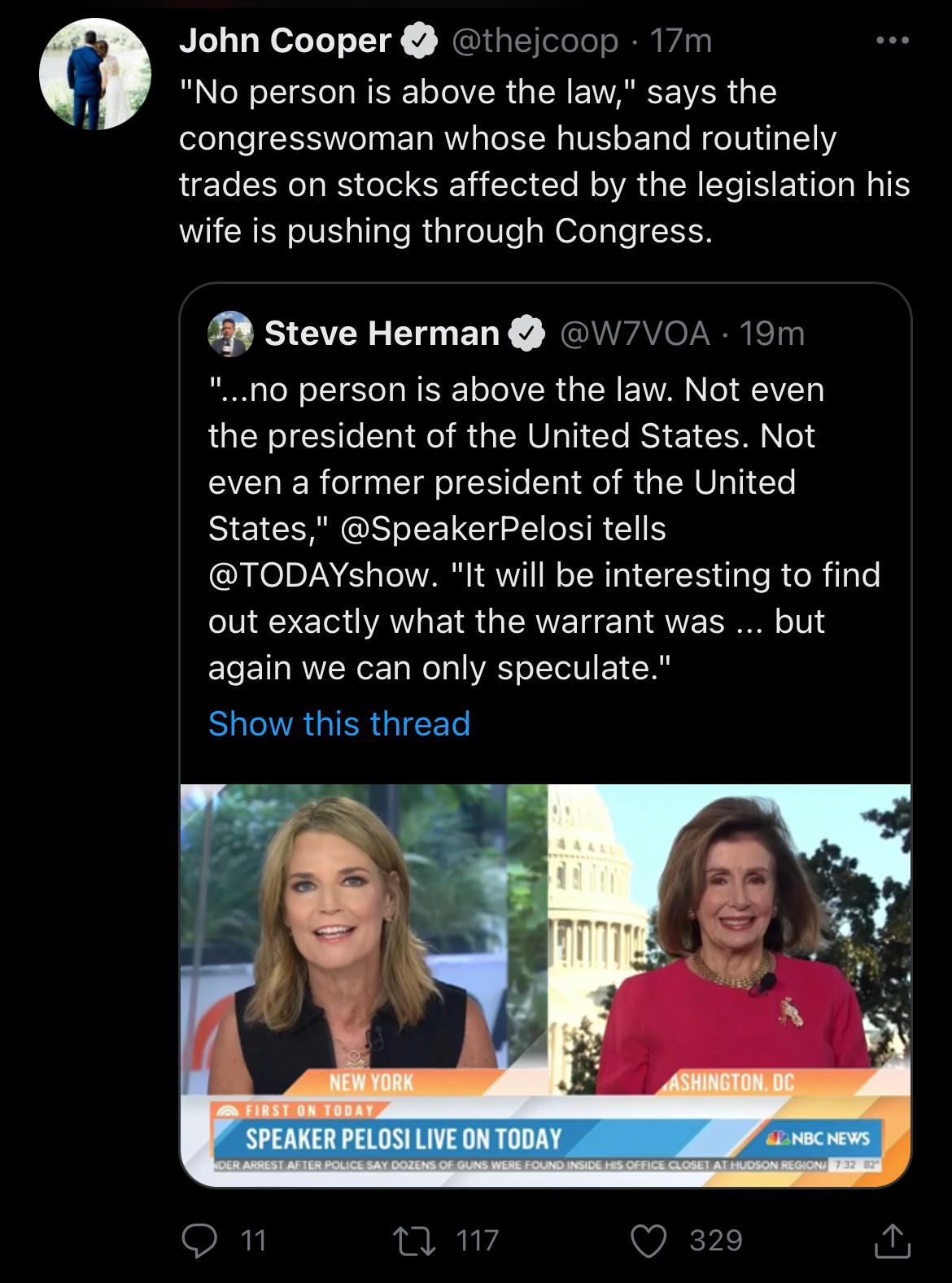 Her husband is currently openly flouting the law on public safety and driving intoxicated.

You'll have to be more specific. I see two cunts here.

You mean when we hang them?

I hate how giddy this fucking bitch looks like all the time, like she can’t wait to get some imaginary revenge on conservatives.

Pelousi wasted $90+million of our money on her boondoggle to Taiwan, at the behest of the CCP. What a POS.

Kid has to make mo money from the Asian mafia

it will be so sweet when MAGA takes over govt and these types of raids are done on pelosi & all the gang. except it wont be retribution- it will be JUSTICE for their crimes against america and her people.

Them: No one is above the law

Us normies: What about

[  ] Lists of people on pedo island or lolita express

[  ] Stealing of the 2020 Presidential election

[  ] Gays coming for your children

[ ] illegals being shipped across the country

Cunt's getting a sugar rush.

Look how giddy they are.

Wouldn't bother me a bit to see this bitch's face melt off her skull.

No one except pedophile joe, pedophile hunter, and hildebeast (who stole furniture and sent classified information illegally)

We have to perform the raid first so you can find out what the raid was for...

Except Hillary. She can literally destroy documents.

We know what the warrant was, we’re intimately familiar with the “judge” that managed to get immunity for Epstein’s clients and who happened to sign off on this.

200 years ago we would have tarred and feathered that bitch.

But then again 200 years ago, she would be at home making her drunk husband a sandwich.

They're grinning like a couple of 'Possums Eatin' Shit!

Look how happy those commie traitor cunts are.