TheDonald
Communities Topics Log In Sign Up
Sign In
Hot
All Posts
Settings
Win uses cookies, which are essential for the site to function. We don't want your data, nor do we share it with anyone. I accept.
DEFAULT COMMUNITIES • All General AskWin Funny Technology Animals Sports Gaming DIY Health Positive Privacy
1284 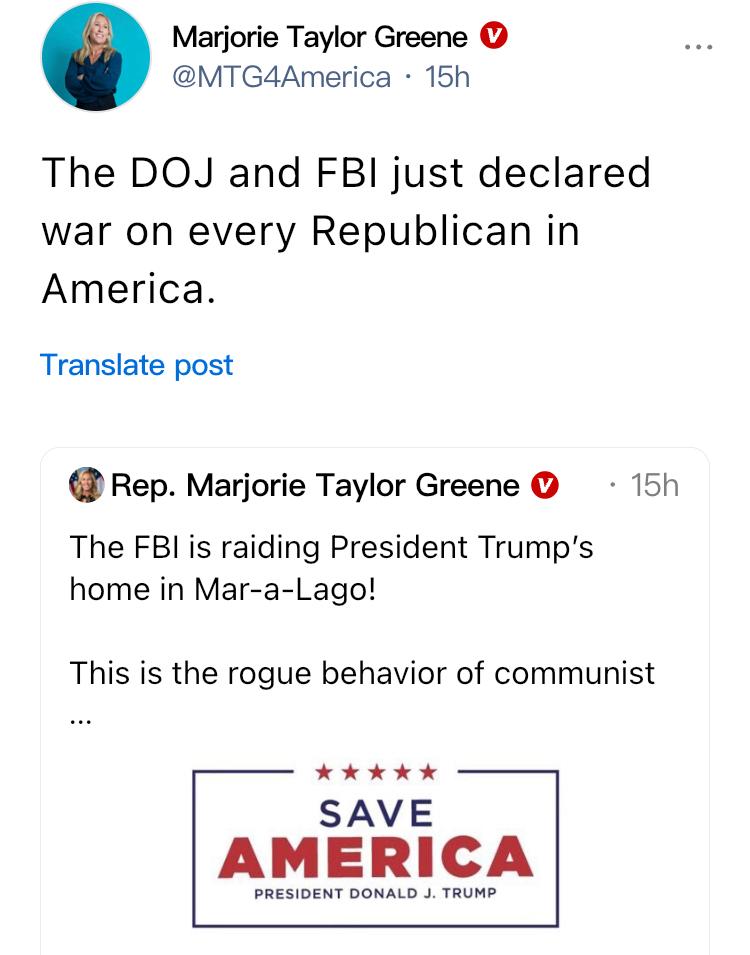 But there are unpatriotic fucks with an R after their name all over.

"Republicans, and conservatives, and right" are not synonymous...

Patriot is a BIG TENT word....and I think that's the word that should have been used.

The inaction of the DOJ regarding any of the 2020 election crimes is all you need to know they're not really law enforcement any more. It's a politicized entity that's been corrupted like so many others.

But what evidence of election crimes bro???

(33:20 for video of concealed boxes being presented)

The 2020 Election Was A Complete Fraud

GOP agreed to send them.

Not Republican, not happy.

Challenge accepted. Slay them all.

It's like calling POTUS, President Trump, Instead of EX-President.

FTFY - "The FBI and DOJ just declared war on every Republican and State in America, on behalf of the Democratic party, using all Federal Agencies"

Pretty sure RINO are in full support

Forget buzzwords, you either believe in individual freedom or you don't. If the feds keep pushing it will be open season on both sides.

The DNC and IRS already did exactly this many many years ago under Lois Lerner, and she was never charged with anything at all. The Dems doubles the size of the IRS and bought them hundreds of thousands of rounds of ammunition, so they'll go full bore now.