TheDonald
Communities Topics Log In Sign Up
Sign In
Hot
All Posts
Settings
Win uses cookies, which are essential for the site to function. We don't want your data, nor do we share it with anyone. I accept.
DEFAULT COMMUNITIES • All General AskWin Funny Technology Animals Sports Gaming DIY Health Positive Privacy
380 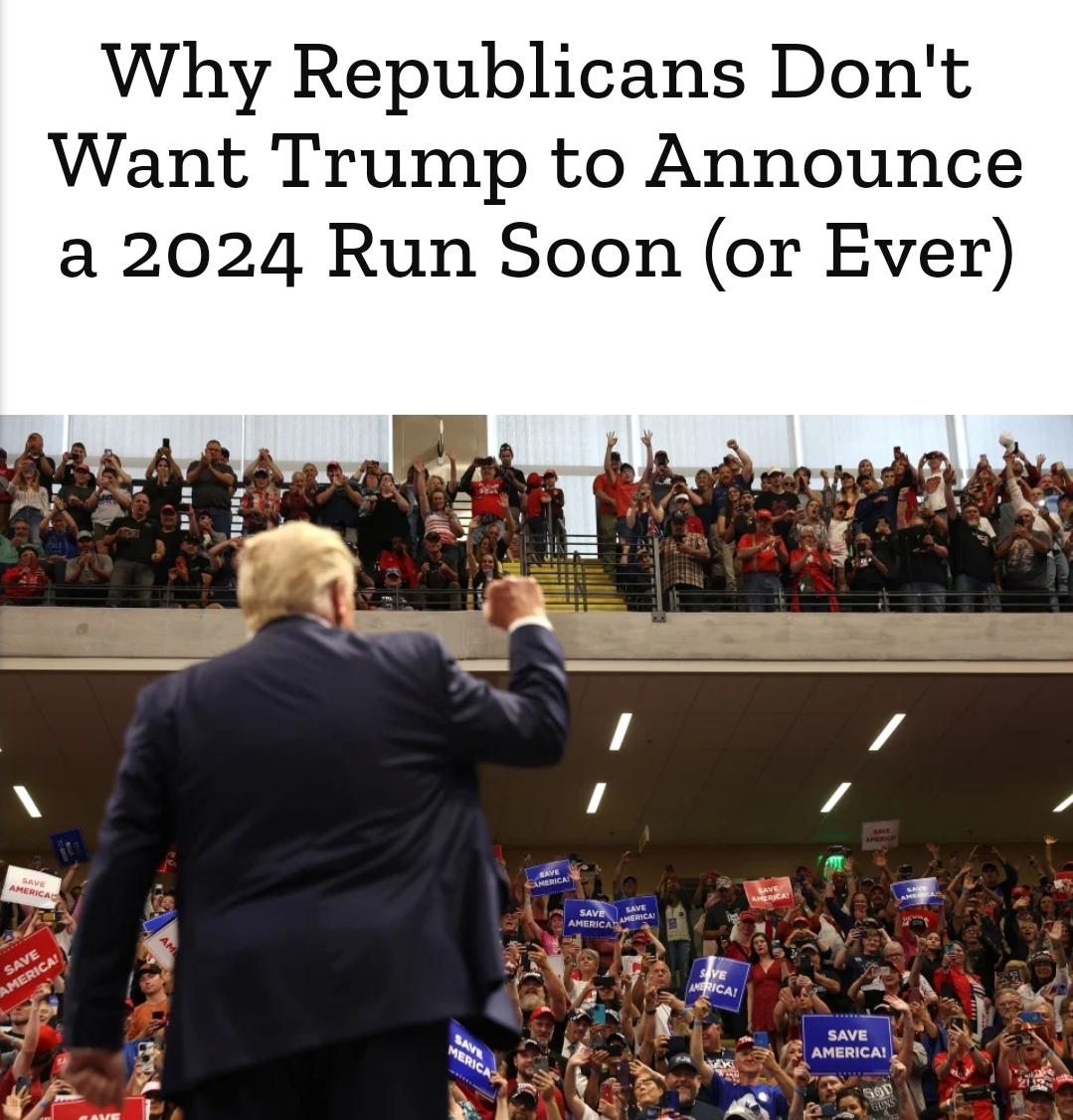 He already said he was running months ago, so its all fake news as far as what I see.

who wrote this and what's their motive?

That asked, this raid solidified his support. It did more for him than 100 rallies.

name these republicans or shut up fake news creatures

Trump is too soft on these back-stabbing scum. He needs to come down like the wrath of God and utterly destroy them, just to set an example, so to speak.

Don't worry, the days of retribution are coming.

I reckn it was the opposite, raid would have never happened if he announced. They would have backed off. But now that the raid happened it pissed a lot of people off on both sides.

There are a lot of dems that are sick of them constantly going after him because they always come up empty handed. He’s not called teflon Don for no reason. A lot of people think it’s a waste of resources and time but now that they did it, and with the state of our country, they’d rather have Trump.

They are hoping their friends take him out

To announce now would be against federal election rules due to proximity to mid terms. Utterly retarded but that's a fact

It's worth him not announcing until after the mid-terms so that the Dumbocrats don't try and use it to rally their useful idiots and turn the mid-terms into a referendum on Trump, instead of a judgement of Biden (which is what it needs to be).

None of what happened will ever see the light of day in court. The abuse of power used here should frighten every American. This is the stuff of banana republics.

The problem for any prosecutor is that the Chief Executive and Commander in Chief is ultimately responsible for determining if a document is secret or confidential. His employees in the civilian branch may determine a document is "secret" but he's at the top of the pyramid and can decide it isn't and he has the final say.

The same applies to military secrets. He is the Commander in Chief and can decide to "declassify" the arming codes of the US nuclear deterrent and have them published in the New York Times if he chooses.

He is the ultimate arbiter and if he decided that those documents were not secret while he was President, then they aren't and no law was broken.

My mistake, thank you for correcting me