TheDonald
Communities Topics Log In Sign Up
Sign In
Hot
All Posts
Settings
Win uses cookies, which are essential for the site to function. We don't want your data, nor do we share it with anyone. I accept.
DEFAULT COMMUNITIES • All General AskWin Funny Technology Animals Sports Gaming DIY Health Positive Privacy
1081 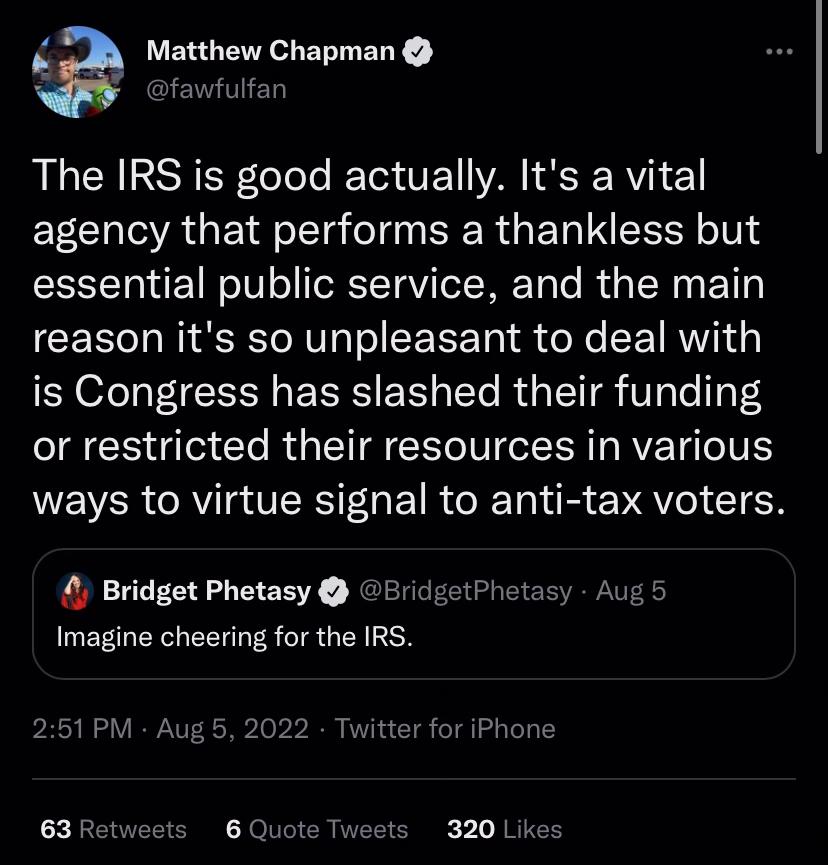 Must be an IRS employee

Some faggot accountant for the IRS, talking up their theft

Yeah I was about to ask.. who is that faggot? Am I supposed to know who he is?

I can guarantee 💯 % this guy will have monkeypox within the next few weeks.

Probably directly from the monkey.

That's a pretty good burn idea. Any time somebody says dumb shit just ask how they're handling their monkeypox infection.

I think he already got an injection for it.

Of it? I dunno, same thing.

If government was SOLEY funded by tariffs then there would be no illegal alien or jobs being shipped overseas...

If only we had some sort of historical example of this...

The most obvious would be to look over who to tax and for what. Keep things simple should be the key, IRS shouldn't even exist. There's a symbiosis between the government and oil and gas companies, everyone needs fuel and energy in a modern society so that could be the only tax that exists.

Kind of like a sales tax on gasoline and electricity, charged by the oil and energy companies, hence no need for IRS to check or harass civilians. No income tax obviously, which makes all jobs white. That means less cost to investigate and punish people for victimless crimes designed to evade income tax. And illegal workers would have to work on the same conditions as locals, so nobody would bother to hire illegals.

Now here's the fine thing about no income tax or capital gains tax. The only existing tax will be on consumption. Rich people consume more obviously and poor people consume less, it'll be a fair tax that also hits the ultra rich billionaires and not just the middle class. Small businesses can easier compete with bigger chains which means less centralization.

Let's also reserve the low fixed tax for roads and transportation infrastructure, anything else would be funded by tariffs targeting specific areas. Say that some corporation needs higher educated employees, then they can pay for schools and in agreement with the government make sure that the schools teach useful skills required as employees of that company.

Bot had a cowboy hat - how do you do fellow caterpillars

Dudes all hat and no cattle.

Our government is bloated to hell

So how long has this faggot been getting ass reamed by an IRS agent......

Been there, done that.

I remember when I first read about your independence day being over taxes. Confused the fuck out of me why you still pay high taxes now. People like this dipshit are why your government feel comfortable fucking with you. Honestly your left wingers are starting to look like the cucks here in the UK, maybe even worse.

Oi, you got a license for that seditious commentary mate?

No loisense here, guess I'm gettin banged up for life

Don't threaten me with a good time

IRS will be more pleasant when they are armed!

Alt-left hack has empathy for the victimizer by blaming the victim for being uppity. Cos big government stands for the most oppressed non-whites...in Ukraine

American Socialism is rapidly reaching levels where it is running out of Other People's Money, so they are now looking to rob them at gunpoint for the remainder.

Vital? Then explain how our country THRIVED for well over 100 years without it dumb ass.

A bunch of bankers stick a gun to your head and claim ownership over the product of your labor as part of their central banking scam, and you obediently label them "vital"? They threaten to throw you in a locked cage for 5 years if you don't pay the amount they decree that you owe them, despite you never agreeing to such an arrangement, and your response is to lick their asshole?

I don't even know what you do with people like that. I just can't relate. Born for tyranny.

Well to be fair, look at his picture... He looks like a fag, what do you expect?

I did my taxes today with an accountant. They take money out of every transaction. Oh you got some interest in that account. Let me have some. I see your shares made money I want some. Oh you sold some shares. I want some.

Taxation is theft no any other way to see it

Anyone who shills for the IRS never had to go through an audit.

This reads 1 part "don't come look at my taxes", and 2 parts "look what a retarded faggot I am, so useful."

So to be clear - the reason why dealing with the IRS (that is giving them your money) is so unpleasant is that they are underfunded - and have not received enough of your money.

Well, THEY would enjoy it more.

"Anti tax voters" is a funny way of saying "the gainfully employed."

Matthew Chapman knows what is coming, and he knows what the results will be. This is why he's cheering it on.

These people want patriots dead, and they think it's awesome.

No you guys the tax man would be way nicer when they kick in your door to take the taxes if you just increased their salary. It's not that they have been notoriously corrupt throughout human history by nature engaging in violence on behalf of the state to seize revenue from private coffers.

I didn't know someone could get a boot that far down their throat.

"anti-tax voters".... lol he means "the people we extort"

Looks like a fucking retard and wears a cowboy hat as a fashion statement.

It needs to cease to exist.

Or perhaps turn it internal. What if the IRS audited the bureaucrats, reviewed discrepancies, and rewarded efficient use of taxpayer dollars?

That should fall under agency inspector generals.

No sane human being with two brain cells to rub together would ever say something as absurd as this unless they were paid to.

I mean he looks like a fucking moron in his picture so yeah. Checks out.

Well, he's right about one thing: Congress loves to signal virtue at the expense of most anything.

The service they provide is allowing the ultra wealthy oligarchs to weasel their way out of paying taxes by using their small army of lawyers and accountants. If we had a flat tax then they would have to pay the same as everyone else and we wouldn't need an IRS.

Vikings are actually good. The only reason they seem so bad is because there's not enough of them.