TheDonald
Communities Topics Log In Sign Up
Sign In
Hot
All Posts
Settings
Win uses cookies, which are essential for the site to function. We don't want your data, nor do we share it with anyone. I accept.
DEFAULT COMMUNITIES • All General AskWin Funny Technology Animals Sports Gaming DIY Health Positive Privacy
1282 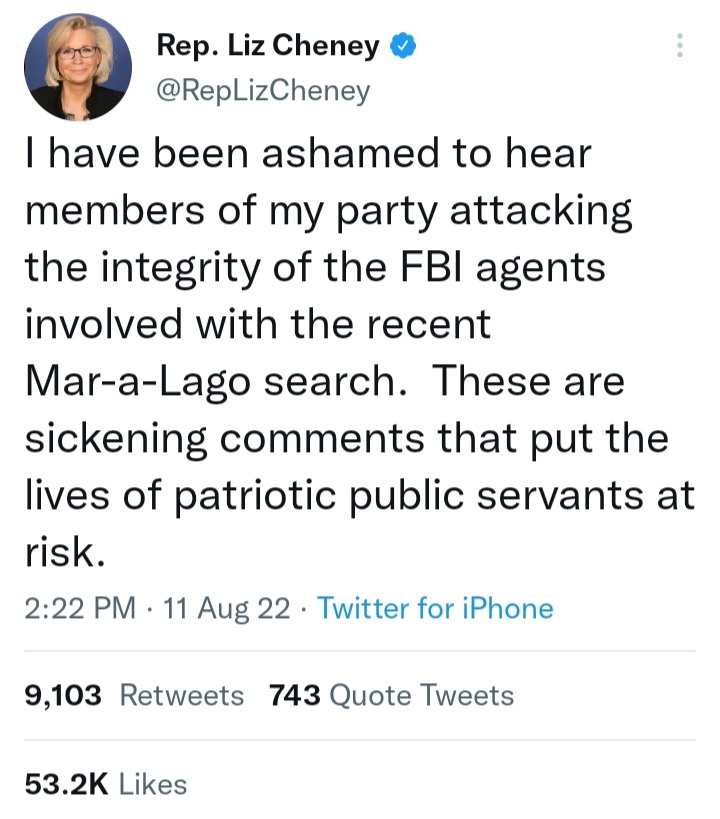 The FBI that spied on Trump during his campaign under Obama and leaking information to Hillary? The FBI that investigated Trump over the piss tape and various other things they knew were fake and even took out employment insurance in case they got caught? How about the FBI that's been raiding Republicans early in the morning but not before telling CNN where to have their camera trucks?

At best, Liz Cheney is just a coward trying to keep the FBI from doing the same to her.