TheDonald
Communities Topics Log In Sign Up
Sign In
Hot
All Posts
Settings
Win uses cookies, which are essential for the site to function. We don't want your data, nor do we share it with anyone. I accept.
DEFAULT COMMUNITIES • All General AskWin Funny Technology Animals Sports Gaming DIY Health Positive Privacy
2875 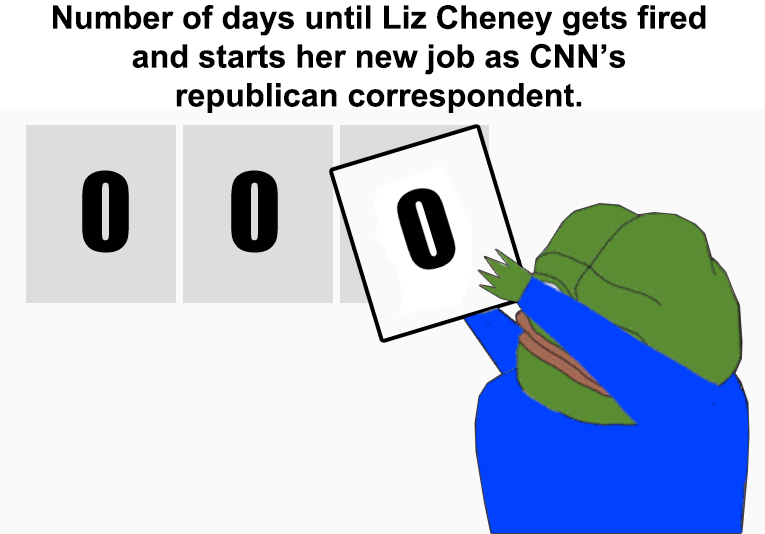 What a great day. Can't wait for the salt.

Yeah seriously. All these wealthy cattle prodding land owners shouldn't get to decide on who best represents them.

Let's find some coastal elites who can't tie a knot or start a lawn mower to tell them what's best for them.

How did this sanctimonious bitch even get elected to begin with?

Which is essentially the plot of Yellowstone

I've heard good things. Is it worth watching?

No. Very overrated, unrealistic and Costner is an insufferable leftist snob.

I will admit I kept hearing good things too, but never watched. But I finally binged watch all 4 seasons, and I thought it was great. Waiting for season 5. It's very interesting how they handle "problems"

The walls on the re-education camps just got 3.048 meters higher.

will it be kosher salt?

Fuck that. Carbon it up. I cook with charcoal cause it tastes better and it adds to my carbon footprint. But even if it didn’t taste better I’d still do it

I cook with burning tires and trash

Let’s see what they do tomorrow. It MIGHT be that since she was still a sitting congressman they didn’t want to rock the boat cause she might win the primary and they would have to back her to keep the seat. Now that she is 100% out if they don’t yeet her under the bus then yeah fuck em.

We're on our own.

Good luck Ameripedes! I hope you are keeping an eye out for shenanigans and fuckery. By the time I wake up here in the Antipodes, I expect to see much rejoicing after you take out Miss Piggy I know how much everyone has been looking forward to this day.

I look forward to glorious memes!

She's gonna be in office for months after she's primaried. Do ya think the bitch might be a little vindictive in those months?

She sure will. Dems will try to tee up all kinds of bullshit for her and Lisa Murkowski to vote for.

I hope Lisa goes down too, but the GOPe cheat is alive and well in AK.

She's been as vindictive as can be for the last few years, I can't imagine anything more vindictive than impeaching Trump and pushing the Jan 6 committee show trials. She's out of cards to play IMHO

I can't imagine anything more vindictive

I bet she can, Pede!

better the vindictive we know than what she's been

She’s f horrible even when she’s not vindictive, and that’s just one reason she needs to go.

Would we see any difference?

That carpet munchin' cunt is toast

I would purposely leave them out for her

Time to celebrate with a luau.

They'll be plenty of roast pig to go around.

Can't wait to see how they cheat this time

The actual meme above is covering windows wirth cardboard.

Time for another political dynasty to EAT SHIT.

I figure she will last about two months at CNN until they have to downsize again.

I bet Fox over CNN

Did she get passed over by The View for being too thin?

Tonight will be a sweet victory for us patriots

I firmly believe this is one of the most important votes in our Nations history. Beating Biden's ass in '24 will be sweet - no doubt. And Taking the House and Senate in '22 will be incredibly vital.

But first we must get our own house in order. A House Divided can NOT stand.

Today we are going to send a firm message to any fence fairies. Everyone gets to pick what side they are on. And If you choose the wrong one even God himself cannot save you. Because he's a fucking Conservative.

Republican majorities mean nothing if Republicans A) spend us into oblivion and B) do nothing to uphold the Constitution, a la Patriot Act, NDAA, enact term limit, and rim job Mitch McConnell.

I agree with your sentiment but I wouldn't say they mean "nothing".

Even Gridlock would have prevented NAFTA, Obamacare, and the "Inflation Reduction Act"...

Guarantee she runs as independent

I will never be able to not see Dick in her face. That meme messed me up.

Navarro looks nervous, only room for one fake republican pig on the fake politics tv shows 🐷🐷🐷🐷

I can't wait for the Republican Presidential Primary. Gonna be awesome sauce.

I think for the first time in my life there are no - Clinton, Bush or Cheney’s in the US government. A great day!!!!

I won't be holding my breath.

So do we mail her boxes and tape, moving coupons or gift cards for movers?

Just trying to streamline this.

“There will be enough salt to put the entire Dem party into cardiac arrest. Salt like we’ve never seen before, folks. Salt was so cheap when I was President, folks, Buhleive me. You’ll be saying ‘No no no, Mr. President! We’re tired of all this salt!’ I salted twice, I won twice, and I might just have to Salt again. resounding applause With your help, we’ll salt the opposition like we’ve never salted before!”

Is this for real, she’s gonna work for CNN?

She knows that her time is up and that she failed to bring down Trump. Nobody likes an annoying pest. She can now go on to whatever Dem controlled media payoff that she secured.

Probably every democrat in the state is voting in this primary. It’s like getting a democrat senator for free.

I'm getting a little little worn out with all this high drama and could just really use some good old-fashioned fun like seeing a Cheney go up in flames.

I’m really hoping that the people of Wyoming prevent any election fuckery and manage to remove Amy Schumer. Daddy was a piece of shit, she’s a piece of shit. It’s beyond time for a father-daughter hunting trip.

She'll be in that far right seat on "The Poo" in three months!

Someone should pull the plug on CNN. As in turning off its power switch and taking it offline permanently.

They are not journalists, so don't get upset and start rambling about 'muh freedom of press' or 'muh democracy'. Anderson Cooper is a CIA mole, I rest my case.

I think Fox News will take her.

It'll be funny when she loses the power and realizes that the left actually hate her and drop like a hot potato and move on to other Trump hating RINOs in power.

Does everyone know who to vote for? I like these posts but we should be clear who we want to replace her with so we don’t split the vote and lose…

I’m just saying Harriet Hageman needs to by hyped more. We post about Liz Cheney getting primaries daily but his is the first I’ve heard of her.

That’s good to hear, but also concerning. Sounds like we need to up out crossover voting game.

Bets on which network she crawls to first for a job

Technically, she won’t be officially fired until Jan 2023 :(

She'll be a commentator on The View