TheDonald
Communities Topics Log In Sign Up
Sign In
Hot
All Posts
Settings
Win uses cookies, which are essential for the site to function. We don't want your data, nor do we share it with anyone. I accept.
DEFAULT COMMUNITIES • All General AskWin Funny Technology Animals Sports Gaming DIY Health Positive Privacy
2304 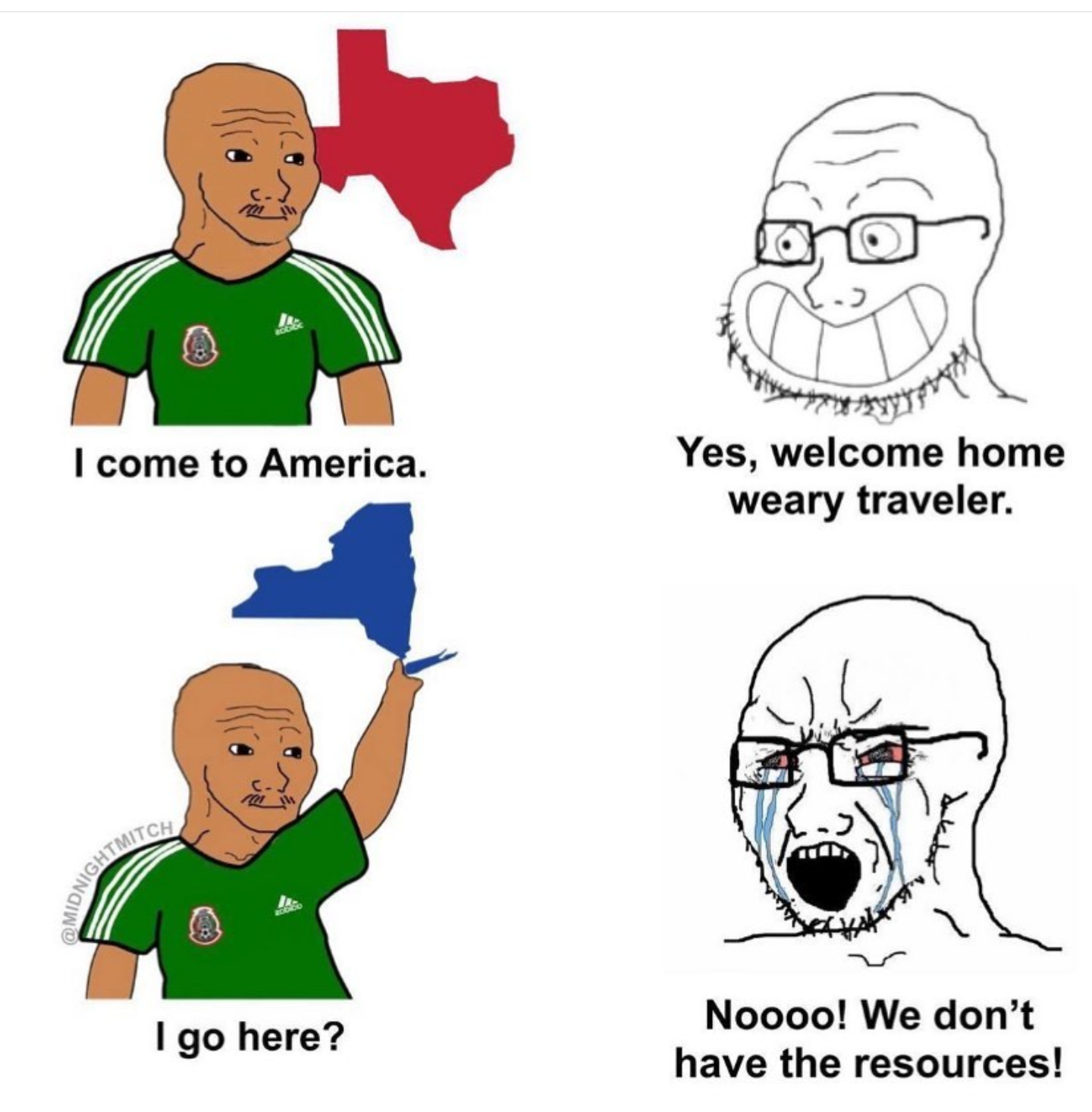 Remember: California was red. That was Ronald Reagans state for goodness sake.

That was the test case.

They want to do it everywhere to take the country and socialize it.

Do you think it's a viable plan in the long term?

It looks like we are starting to see a pattern where first generation immigrants vote democrat for the welfare and housing, but they are also more socially conservative than most of the US so the following generations once the family is financially established vote conservative.

If they wanted to use immigrants to socialize the country it looks like they already waited too long and the first families from the 60s are all voting red now.

The only long term effect I actually see from this is replacing whites.

What I see is a non-assimilating immigrant middle class replacing the native middle class via discriminatory hiring practices (estamos contrando!), hiring other foreigners/illegals, and driving down wages.

To add insult to injury, some of them even have the audacity to look at you dirty for speaking english, in which case I stare them down and respond to them in portuguese or english.

I have no issue with Americans with Meztizo background, but we can't have chain immigration or illegals flooding the country.

As we saw with Maryha's Vinyard, absolutely no one wants these people fucking people here except anti-American and anti-white racists. Deport every one of them. Fuck them. Create a buffer country in northern Mexico to keep the out if necessary for all I care; mabe the norther Mexican folk down there would actually appreciate that since they're different than Mexicans from further south.

Until the Republicans hit 50+% of the Hispanic vote let's not go all mission accomplished.

Pretty much. The left has their heads so far up their own asses that they ignore that Hispanics voting for them for services was before they wanted to provide sex changes and hormones to children without parental consent. These people are less into indulging that insanity than we are.

Let's not find out, though. Mass immigration of 2 million people a year is not sustainable no matter who it is.

True, it can't just be about the votes. We economically can't support it. We already don't have enough jobs.

No worries Juan works cheap and his kids will start stealing the white collar jobs.

Can't forget the damage the schools are doing to children, no matter where their parents are from. Marxists don't care about the race of the children they are brainwashing, as long as they all are brainwashed to hate the correct things, eg America, white people, men, etc

Now they are out of sanctuary city and can be deported. If they don't deport them then they deserve them.

Diversity and equity as well..

Yet they all say they are sanctuary states. Weird.

I’d love to see large demonstrations outside mayors’ and governors’ homes demanding that sanctuary cities actually accept and provide for these illegals. Keep them all in one place for deportation when we get Trump back in.

Diluting red states and red strongholds? Yaaas diversity. You're not racists are you?

Diluting blue areas and liberal rich elite citadels? No thanks.....

It's the equivalent of picking up the grenade and chucking it back at the enemy.

The more NIMVY sanctuary lefties freak out over fifty or a hundred, the more it brings home the realities of 8,000 a day they demand the border states deal with.

I like the gimp arm pointing to New York. Spices up the meme.

But just think about all the great FOOD they will have at Martha’s Vineyard soon!

Yep, but still, NY is a lib shit hole so it works.

It's also used to displace conservative voters in "blue" states.

We keep saying they're all going to vote dem...why don't we bring them to our side....turn the tables on them.

They already do send them into upstate from the city...

More needs to be done then stunts sending 50 people to Marthas Vineyard.

Send them to the richest and the most would liberal cities in the states I'll send them to Hawaii.