TheDonald
Communities Topics Log In Sign Up
Sign In
Hot
All Posts
Settings
Win uses cookies, which are essential for the site to function. We don't want your data, nor do we share it with anyone. I accept.
DEFAULT COMMUNITIES • All General AskWin Funny Technology Animals Sports Gaming DIY Health Positive Privacy
13 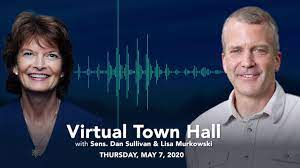 12 RINO SENATORS IGNORE CONSTITUTENTS, VOTE TO REDEFINE MARRIAGE
Family values and the rights of the American family are important political issues in America. Liberal politicians and activists are working hard in Congress to undermine traditional family values and replace those values with liberal agendas that serve the interests of the liberal elite. Fighting for conservative goals such as a federal marriage amendment, school prayer, faith-based initiatives and other political goals that protect the American family is the aim of Public Advocate of the United States.
www.publicadvocateusa.org
4 comments share
4 comments share save hide report block hide replies
You're viewing a single comment thread. View all comments, or full comment thread.
Comments (4)
sorted by:
▲ 2 ▼
– Yignuced 2 points 83 days ago +2 / -0

Worse, they voted to weaken the position of the Christian church in America. Any church that opposes gay marriage will lose their tax exempt status. I’m sure there are worse poison pills buried in the bill.

Yes, If this bill is signed into law, it will completely destroy any standard or definition for marriage.

People will be allowed to marry buildings, cats, or even themselves!

Even marriages to children will be legalized...

And the nation will be forced to recognize them.

Employers will have to treat these as legitimate unions with legitimate spouses.

Pastors will be entangled in one lawsuit after another for refusing to officiate these blasphemous “ceremonies.”

And children everywhere will be taught that marriage is nothing more than a farce.

The bill is deceitfully titled “Respect for Marriage Act” – but there’s nothing respectful about it.

It will destroy the institution of marriage.

Even the Left admits that they are rushing this bill through because they fear that Justice Clarence Thomas and the Supreme Court will strike down Obergefell v. Hodges and restore the right to real marriage laws in America.