TheDonald
Communities Topics Log In Sign Up
Sign In
Hot
All Posts
Settings
Win uses cookies, which are essential for the site to function. We don't want your data, nor do we share it with anyone. I accept.
DEFAULT COMMUNITIES • All General AskWin Funny Technology Animals Sports Gaming DIY Health Positive Privacy
2053 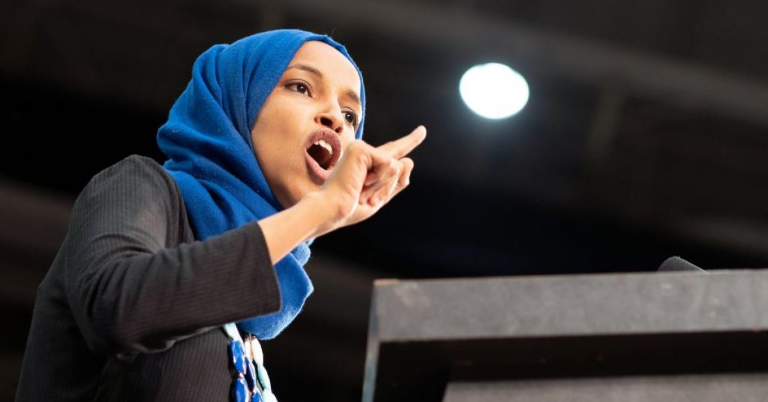 Fuck off back to the shit hole from whence you came you rancid CUNT Omar!

And that's how you make a Democrat...

That was before she got married...

It's it illegal to marry your brother?

I don't know how many of you are millennials or older but if you remember 9/11 imagine going back to that time and showing them a picture of this woman serving in congress?

If I could go back in time and show myself a picture I would think we lost a war. This country is really fuckin despicable sometimes.

Every time I see a Muslim I am reminded of the day I stood on the corner of Fulton and Church and watched people tumble out of windows high up on the North Tower and then ran when the second plane hit.

I also know of an SS officer and former POW here in Georgia who went on to become a celebrated citizen of Tallapoosa shortly after WWII.

We always seem to treat our enemies better than our own citizens.

Well in terms of the officer you mentioned have you considered he and others like him integrated so well and the adopted our culture because they're not our enemies?

These people now don't want to adopt our culture or think of themselves as one of our people they just want to live here be the same as they were except glom off of us.

Youll respond 1 of 2 ways to this, and it will reveal how free you are from brainwashing. I dont have high hopes for someone in the category I suspect you're in but sometimes I get surprised.

I understand that he did indeed do so, but I also know others have done the same but only as a way to infiltrate this country, so I tend to look on anyone formerly or currently an enemy as a potential threat.

Regardless of whether he was actually the enemy is kind of beside the point since the Germans were portrayed pretty harshly in the media to further our war effort, but I had commented to a teacher of a Georgia History class at one point that the German and Italian POWs were treated better by the people of Georgia than the black soldiers that came back home.

Those tried to make a go of it until the Dems hooked them on welfare; after that that community became a shit show. Just about everyone else coming over seems to want to recreate what they left behind as if somehow that wasn't the problem in the first place. I took Spanish in high school 40 years ago but I refuse to speak it now as it is not my native language and I am in my native land. If I wanted to communicate in another language 24/7 I would emigrate to that country; not expect my country to change its language to accommodate my stupid bullshit.

My response was mainly to illustrate that it seems more and more those we are told are our enemies by government and media somehow end up getting treated better than we do after a while; as if being persecuted for being a hostile force makes them a victim and worthy of support and protection from our 'isms'.

So which of the two responses was that? Were your hopes low enough for me to cross the bar? Were you at all surprised even if slightly?

what if we lost the war and they didn't tell us

Nazi's won WW2. They lied to us. Operation Paperclip through the treasonous Bush and Rockefellers. They infiltrated us then, and they did it again via China and Deep State.

We are in some deep shit, way deeper than people can imagine. They have plans for us.

In her statement Monday, Omar said "McCarthy himself accused Jewish Democrats of trying to 'buy elections,''

Well, on that point... I can actually agree with her.

I stand with Omar.

Problem is she bought her own elections...

She’s right. Israel is pressuring McCarthy to do this. We are no longer a sovereign nation.

Schifty lied a thousand times, but was protected by his political position.

What a piece of schiff.

Schifty has the look that always says "One of these days they'll find out about my precious".

Well, that is his weekend position, for sure

I thought his weekend position was feeding drugs to young gay male prostitutes with his best bud, Ed Buck?

Oh yes, then Ed bent him over a barrel, Standard Hotel anyone?

Really thanks. I didn’t know

You're welcome. Now you do.

Why didn't you know? Are you retarded like Adam?

After they kicked MTG off her committees, it's nice to see Republicans returning the favor.

A guy on the intelligence committee sleeping with a Chinese spy isn’t enough justification to kick him off of it?

No. The Democrats always back each other, no matter what, no matter how extreme left crazy someone is. Whereas they kicked MTG off her committees because she hurt someone's feelings.

What is she talking about Somali-Americans hate her too? I think she forgets she got booed when she went on stage at some concert.

Nothing happened to her when Project Veritas exposed her ballot buying antics in the 2020 election. That went straight down the memory hole.

Then explain its’ re-election

Easy to explain: she cheated.

I'm not for abuse against women but I wouldn't be upset if she got deported and stoned to death by her own people.

it’s not abuse if they deserve it…

Schiff can now be investigated who he conspired with to lie about trump.

Representatives like these are symptoms of a sick country.

The fact that we had someone from a terrorist country, who violated immigration laws by marrying her brother, a person who slept with a chinese spy, and one who would leak FALSE information to the media all sitting on the intel committee is absolutely fucking insane.

Okay thank you for that! I way it was worded made it sound like she was.

Either way, someone dating a fuckin spy should automatically lose their clearance, same with the person who is leaking intel!

He’s Racist I see, and Maga people shot up a gay club.

It's all one big gay club, and you aint in it !

Ain’t that the truth.

If McCarthy doesnt pussy out it'll be one of the few things he does right.

I say we put them all out back and let them fight to the death!

The Dems set the precedent of kicking people off committees with Greene.

Swalwell had extramarital sex with a Chinese Spy repeatedly, and he still serves on the Intelligence Committee? He's compromised and has to go.

This is all theater, McCarthy isn’t going to do shit and we all know it. The uniparty is at it again. Make it look like we’re doing something, meanwhile behind closed doors they all are lining their pockets with our money that’s being laundered back to them, this fag included.

He is suggested to have taken FTX money as well, so this is posturing. He will be like Paul Ryan.

I heard that too, that’s another reason I don’t trust this uniparty fag.

They should be on trial for treason. Change my mind.

You fuckers belong in prison.

They criticize you, you're doing it right.

Omar, of Minnesota, on Monday, accused the GOP leader of having "openly tolerated antisemitism,"

FUCK THEM! WHY CANT GOD GIVE THEM BRAIN CANCER? 3 fucking terrorists in our legislature.

On a high note how are you all today? =D

The return of McCarthyism?

As we have discovered, McCarthy was right. There WERE commies in the government back then and now there are even more.

Lots of REEE's and Trump-this or Trump-that. Throw in white supremacy for seasoning and you have the Leftist NPC Script Soup

Don't be fooled, Mitch wants to destroy America just as much as the democrats. He just wants to do it with different people.

Fuck these 3. McCarthy has perfectly legitimate reasons in each case.