TheDonald
Communities Topics Log In Sign Up
Sign In
Hot
All Posts
Settings
Win uses cookies, which are essential for the site to function. We don't want your data, nor do we share it with anyone. I accept.
DEFAULT COMMUNITIES • All General AskWin Funny Technology Animals Sports Gaming DIY Health Positive Privacy
1716 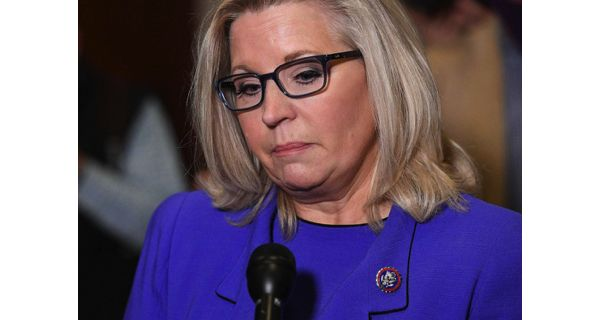 January 6 panel staff reportedly angry at Rep. Liz Cheney for focusing too much of the report on Trump
If it doesn't focus on Trump, it's getting cut from the final report.
twitchy.com
74 comments share
74 comments share save hide report block hide replies
Comments (74)
sorted by:
▲ 63 ▼
– Groundpounder 63 points 71 days ago +63 / -0

Poor Liz. She thought she had made some new “friends”. Now she’s just a throwaway-scapegoat 🤷🏼‍♂️

Under the bus and out of the boat. No honor among thieves.

She has literal TDS. I’ve seen it personally among some coworkers. All they can think about, every day, is Trump Trump Trump.

My aunt has TDS bad... I grew apart from her due to it. I want her to know I care about her so I just don't talk politics with her and she needs to realize all "MAGA Republicans" aren't evil. I sent her a Swiss Colony holiday gift just to let her know I'm still here and I still think of her. Under Trump everyday on her Facebook there would be like 6-10 anti-Trump articles linked. I stopped trying to argue with her after a while because people like her you just won't be able to convince no matter what.

Yep. It's actually one of the things I'm most thankful for with President Trump. He made people reveal who they really are. There are some people in my family I would have never expected would be 100% on board with tyranny and keeping people locked up, and gloating about job losses or hardships on people.

He got them to expose what they're really made of deep down. Now I know who I can trust, who I can't, who's worth my time, and who isn't.

Cheney wasn't put on the panel to make it appear bi-partisan, she was put there to take the fall when this whole thing inevitably blows up in democrats' faces like a box of shit.

She got in bed with people notorious for backstabbing, what a shocker.

Family resemblance is funny. One look and you know she's her father's son.

its like... how stupid do you have to be to think the left hated trump just because he was trump! they hate everyone who identifies as republican or conservative or has the last name "cheney"

when milquetoast romney was running for president in 2012, they absolutely vilified him! calling him a monster who was responsible for the death of a woman! romney/ryan were going to throw granny off a cliff!

and that was just during the campaign, imagine what they would have accused him of if he actually won!?! (hint, it would look a LOT like what they did to trump).

TBH the entire focus of the report was Trump. The whole point was to "finally have something to take him down"

They circumvented the justice system to play court tv and they all got paid for it. Anything on tv is fake news because it was allowed to be on.

Miss Piggy has been in shambles since Kermit left her for a real conservative woman.

Imagine throwing away your entire career, and ending any chance of relatives continuing the political dynasty, that would involve millions in bribes, kickbacks and insider trading along with having some legitimate control of the future of the country because Orange Man Bad...

She is the embodiment of a bitter angry entitled ex-wife who is launching child abused accusations afire at her ex husband and hopes he loses his job.

They never liked you Liz. We didn’t care for you either but it wasn’t a full on disgust like it is now.

The report that literally no one gives a shit about

I’ll be glad when Mopey Miss Piggy is the “conservative” commenter on CNN so I don’t have hear about her anymore.

Who gives a shit about the January 6th Committee? Cheney got challenged, and lost the primary because her constituents were angry that she spent her whole two years, not representing the people of Wyoming, but conducting her own personal vendetta against President Trump.

RINOS are so Fn stupid. The lefties hate you and only tolerate you until your usefulness is used up. Idk how many times they have to be shown this fact. I’m sure crybaby Adam will find that out too. It also goes the other way when you are no longer a threat. Look at how much they fawn over McCain and the Bushes now they dead/out of power.

I agree, except I no longer call them RINOs. In my opinion, it is just the Republican party; it has a weak backbone and it doesn't stand up under pressure. My wife and I left the Republican party after they failed to investigate the 2020 election. I hope the country moves on sometime soon and a new party rises up to head off the democrats.

Yeah, we were hopeful that Trump would start a new one, but I think they want to just take over the party. Idk, I feel like this year might have been the last chance to do that. Who knows? I’m sure in 30 years my grandkids will think the same.

Even the dems are saying she hates Trump too much.

Liz y has lost all her friends.

She's gonna attempt to use her Anti-Trump bonfides to push a new career as a anti-Trump pundit, podcaster, etc... and the Dems will eat up whatever she says.

I mean, the entire thing was a hoax targeted at Trump, but it figures they'd throw Liz Cheney under the bus.

boo hoo They are equally complicit in the charade.

If you take out Trump from the report, all that's left is Nancy Pelosi and the FBI

She fucked around and found out.

LIz wants to sleep with Trump because she's never been with a real man.

LOL when will these turnoats learn that they are all being used and then discarded?

Now get fucked by both parties, er uniparty.

Trying to find someone to pin it on before January.

She just wanted to be liked. Is this a crime?

Liz thought she had an in and was popular with the CNN and Hollywood celebrity crowd. They dumped her faster than last night’s spoiled cat dinner.

She wasn't focused on Trump. She was focused on herself finding a new job

She's gonna attempt to turn this into a multimillion dollar career being a "Anti-Trump principled Republican"... think..

That's a given. Lobbyist, political analyst for CNN MSNBC ABC. They will all be very glad to have her on bashing Trump endlessly.

100 percent. They don’t give two fucks about us tbh… once they get to DC it’s a big fucking club for all the senators and they’re all doing favors and backroom deals for one another:.. it’s all theater. The people will never get what they want but they’ll toss out crumbs occasionally. Mitch wants republicans he approves of and old hands like Murkowski Aden reliable comrades of Mitch… Mitch doesn’t want “hot heads” in the senate and he’ll tolerate a few like grassley and rand for gods knows what.

That bitch has full blown TDS. It's a very personal vendetta for her.

Nobody likes RINOs, not even themselves. Eats away her disgust.

She just wants to date him