TheDonald
Communities Topics Log In Sign Up
Sign In
Hot
All Posts
Settings
Win uses cookies, which are essential for the site to function. We don't want your data, nor do we share it with anyone. I accept.
DEFAULT COMMUNITIES • All General AskWin Funny Technology Animals Sports Gaming DIY Health Positive Privacy
204 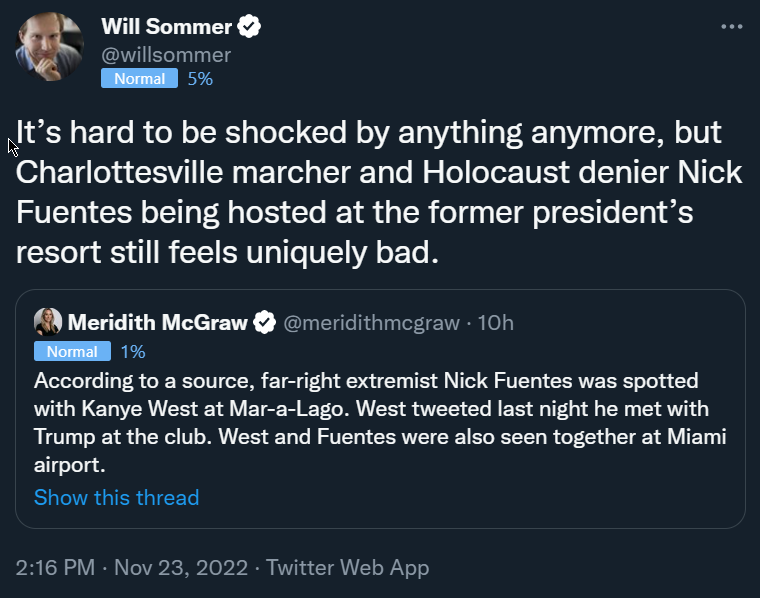 What is wrong with you people? They've just proven they have total manipulative control over election software that enables then to choose any winner they want regardless of who got how many votes - not just in one election, but TWO CONSECUTIVE ONES, and you demented retards actually believe they're just going to refrain from doing it again in the next one?

Elections are all rigged by the riggers, President Trump has no shot whatsoever in 2024 if that remains the case.

How stupid does someone have to be to have witnessed the 2020 election, which President Trump won in a landslide similar to '72 & '84, and then witness the 2022 election and still think that anyone from outside of the deepstate-uniparty preapproved list of compromised candidates has a shot being formally elected?
All that money they just stole through Ukraine is earmarked to be used against the Trump 2024 campaign, all except for the relative pittance that is earmarked for cocaine and underaged prostitutes.

I'm starting to think they already know. The problem is, even though our votes don't matter, we still do have a way out of this. I can't talk about it here, but let's just say everyone in the federal government needs to somehow stop existing. Use your imagination to figure out how to make that happen.

The people who are still pretending to believe in voting are just cowards who would rather hand America over to our enemies than fight. In order to protect themselves from being exposed, they eliminate the need for a revolt by ignoring the reality of our rigged elections.

I've been using my imagination to figure out how to make that happen for ages, but so far the best I've managed to do is maybe drive a few of their snoops to considering suicide by shitposting military grade memeage in places where the glowriggers will observe them. Feds have an even higher suicide rate than trannies do, so I feel like thats a good weakness to attack.

Omg itd be so funny

I never understood the fuentes thing. I've listened to his show for hours - did not hear anything shocking or controversial. Same with alex jones. He rails against the vax. So what.

He advocates for a White Christian ethnostate, I think is their main complaint

“Move Slowly, Carefully — And Then Strike Like The Fastest Animal On The Planet!”- GEOTUS

Did she just deadname Ye?

I always love how poor Mexican trash invading our country are just "Latino" but anybody on our side becomes a "white Latino" like it's some sort of insult. They've been calling the clearly Latino, mf'er darker than Obama" Nick Fuentes a "white supremacist" for so long most mf'ers probably can't even put the last name together with the fact that if he were a white supremacist it wouldn't include him lol

Their reality needs to be inversed. That means people like this seeing 400 years in prison. This means, people like them see their life absolutely destroyed and the key being in front of them but never within reach. They need to be destroyed slowly. Nothing will save them. Nothing will give them an ounce of comfort.

Could? You mean will…

If Trump is actually taking advisement from Fuentes I have a lot more confidence is his winning '24 and it will be orders of magnitude bigger than 2016.

Why is that? What does Fuentes offer?