TheDonald
Communities Topics Log In Sign Up
Sign In
Hot
All Posts
Settings
Win uses cookies, which are essential for the site to function. We don't want your data, nor do we share it with anyone. I accept.
DEFAULT COMMUNITIES • All General AskWin Funny Technology Animals Sports Gaming DIY Health Positive Privacy
1552 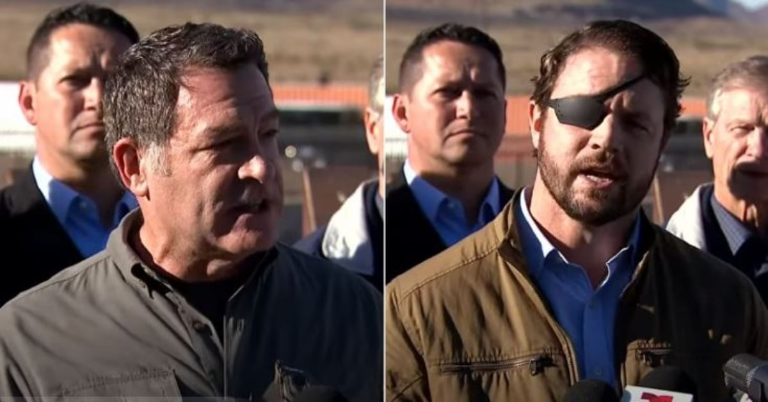 One eyed Jack the RINO of the decade. That will instill fear in the Democrats😄😄😄

Is it weird that I read "monkeys" at first?

One eyed snake or Soy snake 🤣🤣

He will instill them with money.

Trading one democrat for another. Yeah, that’ll help.

Dan Crenshaw is a faker and he has two eyes.

One is glass, and it's a replacement for the one he lost in a tragic gloryhole accident.

Glass eye was on tv somewhere yesterday ripping on the Freedom Caucus and talking about how McCarthy is going to stare them down.

Mayorkas is not incompetent!

Surprisingly correct. He knows exactly what he is doing and is accomplishing his mission with exceptional competence.

He, Merrick Garland, and Janet Yellen are ALL accomplishing their mission with exceptional competence.

Sorry, I can' allow "competence" to be used in the same sentence with those people.

They may be accomplishing what their handlers want, but it's not due to competence.

One interesting turn of events has been the ouster of Chris Magnus from CBP. What I have heard was there were significant knowledge gaps that he was unable to bridge despite significant effort to teach him the job. Translation: he was too stupid to do the job.
He spent all his time trying to change the ethos of CBP and didn’t know that there is more to running the largest federal law enforcement agency than that. Being gay didn’t make up for a lack of capability.

Yep, he is executing his orders and sticking to the plan.

Here is an unpopular reality. Even if he wanted to lock down the border, large portions of the federal judiciary would try to stop him. Even Trump had troubles with that. 2019 saw a massive surge because lefty judges kept DACA (a patently illegal EO) in place. The only reason that the border was brought back under control was COVID title 42 restrictions.
The INA should give the executive branch all the power it needs to control illegal immigration, but it has had all its teeth pulled by 35 years of bad policy and worse law.

So.. your saying frustrated people that live on the border will just IED mine the place?

What I am saying is the 87 INA says immigration officers can identify and deport illegals anywhere in the United States. If agents started doing that, they would be fired for breaking policy. If the policy changes, judges would stop it.

Trump understood that. That’s why he wanted a wall. It’s not the most effective means, but it was something he was allowed to do.

Vietnam style booby traps everywhere.... is what unfortunately will happen

No to be honest the best way to stop it all without filling the Rio Grande with vicious alligators is:

If I were running things, you'd be my border chief

I don't feel too good about being saved WEF slave Crenshaw

We know why Crenshaw wants to be in charge, so he can slow walk the investigation, deny subpoenas, and perhaps even hide evidence.

Exactly eye patch McCain should be preparing to "own nothing" and be happy about it . 😈

He's preparing for us to own nothing.

They'd better do much more than that.

But they slammed him! in a strongly worded statement!

Cringeshaw shouldn’t even be in charge of the espresso machine in the House cafeteria.

Don't let Crenshaw near anything

crenshaw.... hell be worse than the cuban

Not one eyed MCCAIN. NO WAY. NO MCCARTHY FOR LEADERSHIP EITHER

By Rinos... lets see where this goes.

Disband the Department of Homeland Security. That should be the goal. It's very existence is based on the lie that is the 9/11 false flag event.

I fully support the effort to make Dan Crenshaw deported.

McCain wants to let them all in.

I’d rather have AOC than eye patch McCain

Geez guys, is this place filled with dem agents posing as pedes trying to push us to support RINOs and not prosecute Hunter?

I don't even know who Mark Green is but I DO know Crenshaw. That fuck doesn't deserve anything

Oh man! Did they really “slam” him? Wow. They really mean business!

I hate these spineless faggots.

Yea, we really need a WEF stooge to keep his eye on the border. That would be so helpful.

With such a slim majority this is gonna be fun to watch.

But leave it to McCarthy to pull a defeat from the jaws of victory. Maybe he'll get a few dems to vote for him, then appoint them as committee chairs like Texas House Speaker Phelan does (yes, he fucking does that).

That's another guy in Texas that needs to go. He makes sure nothing really is accomplished. Phelan is a D.

Green has Trump’s endorsement, Matt Schlapp’s and CPAC as well as former ICE and Border Patrol heads. I’m assuming House votes for position? If the Mcs don’t start threatening reps Green should get it easily.

Sweet Cyclops McCain pretending to do something.

Mark Green is a warrior a heck of a doctor and a damn good man.

Why are they targeting Mayorkas? He’s just a fall guy at best.

He's not incompetent. He's a communist and he's making great strides in the replacement of the majority.

Where were these ‘high profile’ republicans over the last two years?

Don't pick Crenshaw! What a RINO.

They are going to write the most strongly worded letter EVER.

Then have more committee hearings.

The commies are terrified...

Fucking eye patch McCain definitely should not be selected.

Eyepatch McCain can piss off

Can they not find a Conservative?

Hahaha they want to make a name for themselves! YOU GO, BOYS! But if you get the job, by God you better come home with your shield or on it.