TheDonald
Communities Topics Log In Sign Up
Sign In
Hot
All Posts
Settings
Win uses cookies, which are essential for the site to function. We don't want your data, nor do we share it with anyone. I accept.
DEFAULT COMMUNITIES • All General AskWin Funny Technology Animals Sports Gaming DIY Health Positive Privacy
1256 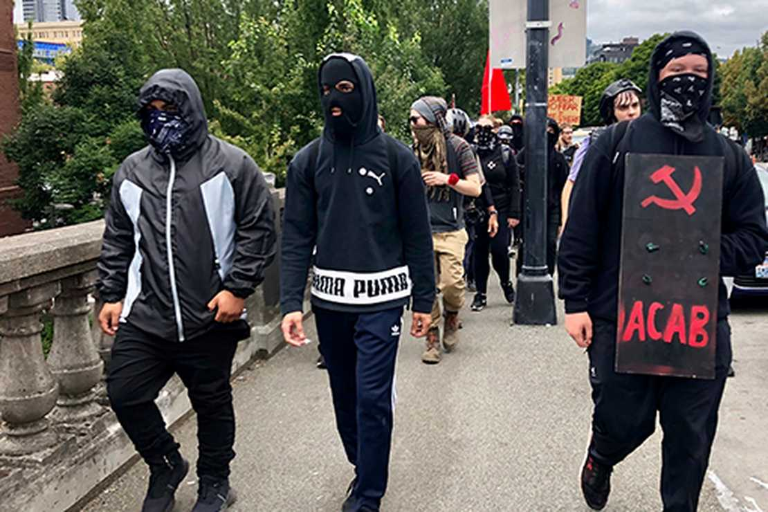 Antifa Goes Wild After Twitter Crackdown, Promises Immediate Consequences for Elon Musk
We are about to find out just how far these lunatics are willing to go.
redstate.com
78 comments share
78 comments share save hide report block hide replies
Comments (78)
sorted by:
▲ 38 ▼
– NotAGlowy 38 points 69 days ago +38 / -0

I think the Kenosha kid should hit the road... Maybe visit some, Tesla Dealerships.

I hear there may be some people there in need of "medical attention". That's a reference to the purple gloves

Andy Ngo is a hero.

Elon should just over insure his inventory with a liberal owned insurance agency. Antifa destroys the cars, Elon makes the progressives pay for the loss.

There is no inventory. These are just retail show rooms with maybe a couple showroom cars.

It's a very difficult compulsion to overcome.

Rittenhouse took out 33% pedos, minimum, while achieving the Kenosha Hat-Trick.

This doesn't appear out of line with the overall group, may be on the low side.

If they were smart, though, they wouldn’t be antifa in the first place

We should call them AntiFa-Fo

Antifa couldn't afford an Uber in a Tesla

I don't understand. Do they want back on Twitter? Elon's bigoted Twitter? What's up with Mastadon? It's not working? What do they want?

They need a forum to recruit, fund raise and do their Pedo thing.

Now we know what happened. The FBI would encourage the pedos on twitter, then they once they caught them, they would recruit them to join their antifa division, or else!

Its great when Antifa gets rowdy and gets their asses kicked.

These people really just haven't quite grasped who they're messing with, have they?

Elon Musk is basically a real life comic book character. Like some kind of combination of Iron Man and a particularly flashy Bond villain.

He's trying to colonize Mars and in the process of building companies to achieve his grand visions he almost incidentally made himself the richest man on Earth before he was 50.

It wouldn't surprise me if Elon just has to push a button and the Teslas will come alive and run Antifa over, or if he's already equipped his dealers with those flamethrowers he made.

He has a plan for this just like he seems to have anticipated and planned for every move the regime has made since the day he bought a chunk of Twitter stock.

That may end up being remembered as the biggest mistake the left ever made: redpilling the smartest man alive.

Insurance pre-paid out like five years, probably.. Rednecks are itching to square up with these faggots.. They want to raise hell, but they may find themselves in a war they are completely unprepared for.

Ignoring the climate change stuff, which I think he just uses to get people to buy Tesla EV, power storage, and solar. I think Musk does what is best for the world.

There is no plan to turn Teslas or the bot into a weapon.

The democrats are turning on Musk the same reason they turned on Trump, they can't control either of them and they put the good of the people before their political party. Democrats demand loyalty to the party before everything else.

And the democrat party bends the knee to the globalist oligarchs.

This is starting to sound like the "trust the plan" shit that people were saying right after the democrats stole the 2020 election.

Now guess what? He's got Twitter and they can't do shit about it. Looks like his plan worked.

"The Plan" seems to be coming to fruition more and more each day. It seems like everything is about to bubble to the surface like a pot of spaghetti and boil over. WW3, Civil war 2.0, both being thwarted at every turn. The FTX fiasco, Election fraud, Twitter unchained. All these things seem to be converging to a single point in time and there was no "Plan"? Fuck it, I'm in.

Yeah, well, none of that has anything to do with Elon Musk.

Everything Elon has set out to do in terms of fighting them, he's accomplished. He's one man. The richest man, likely the smartest man, but one man. He cannot save the entire world alone. But he picks fights he believes he can win and he hasn't been wrong yet.

man, you really love slobbing billionaire knob, don't you? Dude was 'smart' enough to be born on third base, and his 'degrees' were all bought. quit groveling like a fucking serf, you pathetic worm.

Sounds similar to a knob you slob on, you lame fucking hypocrite.

Dude was 'smart' enough to be born on third base

Go back to Reddit, leftist. Your "privilege" arguments have no power here.

There's nothing wrong with having heroes. I have come to greatly admire Elon Musk. He's an extremely accomplished man fighting hard for important values against a relentless leftist smear machine, and winning.

I feel no shame in cheering him on.

I'd really like to see Antifa and 4chan go to war with one another. Epic

4Chan is a message board... Antifa is a group of fags.

Maybe 4Chan could give them all directions to the nearest Kia dealership.

How about to the nearest Habbo Hotel swimming pool?

Antifa is CIA/FBI assets. Of course they're upset they lost their biggest bullhorn.

While insisting in the twitter comments that antifa doesnt exist while also saying its impossible for them to be fascists. Anti-fascist are fascist!? LMAO its called ANTI fascist you drumftards!

We are all kyle.

They will be labeled as brave fighters against injustice, capitalism, etc etc and then promptly bailed out. Let the bodies hit the floor.

antifart: no beans no gas. lay me down and suck my ass.

Clear and obvious hate crimes against an African-American, the police best arrest them all and charge them with hate crimes!

Geez, can't even call them faggots because they would agree with it.

So "Antifa" wants the government to control companies to trample people's rights. Isn't there a term for that?

Time to start putting these poofs in the ground.

Sorry but conservatives are too big of cowards. Actually do something? LOL, no.

I wish I could say you were wrong.

Train the Tesla fleet auto-pilot AI to identify these individuals by their appearance and gait. Then submit their IDs to authorities for arrest.

so these guys got banned from twatter... and only thing really twatter has been taking accounts out for is kiddie diddling.

These people have over half a nation wanting to see them imprisoned if not far worse. They aren't scary. Their masters are.

antifa who? they aren't even an organization

Woah there. Everybody hang on to your pant loops.

Guess they are gonna have to burn down their own cities again, what a shame 'rolls eyes'.

It's fine..Antifa is "just an idea". Remember?

Am i the only one who believes Antifa and Blm are funded by russia and china respectively?

Both are street level arms for the DNC.

So in other words, yes?

Btw nice creative handle. I too am annoyed with the devoid.

Why the hell would Russia fund antifa? Pretty sure those liberal fags don't like the fact they aren't welcome in Russia. The alphabet soup clique isn't welcome there. These are all Soros funded NGO's and think tanks that create this shit. Nobody in Russia would be able to create CRT or BLM. You are either a glowie, spreading disinformation, a liberal, or just plain uninformed.

As far as to why? We arent privy to their true plan. Whoever they actually are. We only have anecdotal evidence.

I dont think its the russians though. I pin it on various europeans and historically political americans with a smattering of secular/atheistic jews; with the 5 eyes countries at the center.

Also the chinese communist government because fuck them.

Ok decent opinion, also Epstein didn't off himself, if ya know what I mean

They are literally a Jewish terrorist organization.

Antifa-fag: "GRANDMA, PACK MY JELLIES, I'M GOING ON AN ADVENTURE!!"