TheDonald
Communities Topics Log In Sign Up
Sign In
Hot
All Posts
Settings
Win uses cookies, which are essential for the site to function. We don't want your data, nor do we share it with anyone. I accept.
DEFAULT COMMUNITIES • All General AskWin Funny Technology Animals Sports Gaming DIY Health Positive Privacy
1285 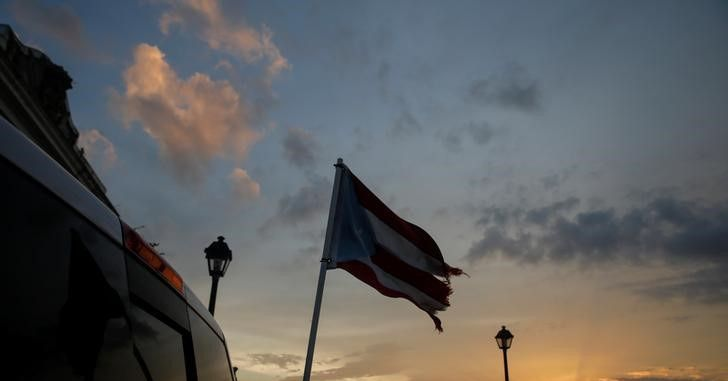 You forget we live in Clown World now. Facts, proof, and reality mean next to nothing.

Moot or no standing as well

It’s whatever the judge deems it to be

This case identifies as valid! Respect the case's pronouns, peasant!

Like the time those ghost hunters sued a movie studio about the movie Poltergeist, but they realized they'd have to prove ghosts exist in court.

financially responsible for damages from the devastating 2017 hurricane season, which was made worse by global warming.

Not only unproveable, but uncorrelated by all honest metrics. That is, temp has gone up over the past century, and storm frequency and intensity has gone down.

Now, financial damage from storms has gone up, and why is that? Well, inflation. Also shit is just more expensive - a house 30 years ago didn't have thousands of dollars in electronics in it like it does now. Also, 30 years ago, YOU WOULDN'T BUILD AN EXPENSIVE HOUSE ON THE COAST. More and more coastal inhabitants means more and more expensive damage when the inevitable hurricane does hit.

And I was going to source NOAA for some of this stuff, but they have tortured their data so much to contort it to models (yes, the infamous "models" of COVID and Climate that never seem to reflect reality) that their conclusions are simply unbelievable.

Like... it's insane that all of these models project insane increases in number of storms and intensity by the end of the 21st because of AGW, but all of them fail to explain the downward trend seen throughout the 20th century to date. The models don't even retrofit, why the fuck would we expect them to predict tomorrow let alone 80 years from now? Classic charlatan trick.

you haven't been paying attention since 2016, have you

Quit supplying oil and gas to them.

Right, it’s akin to Peter Schiffs dad Irwin Schiff fighting the fact that nowhere does it say we have to pay income tax. The court had to rule against him even though he was 100% correct.

He died a political prisoner.

Shows you how stupid these people are. The oil companies are pushing this shit. Why wouldn't they want 200$ a barrel of oil. They are getting rich.

The oil companies want to ban oil? Pretty sure its the insane lefties and ESG scores pushing this shit

Nope they aren't banning a thing. They are forcing price increase to get rich!! Oil will always be needed but now your oil phone will be $2500 and not 1000$. You medical bill will be 100000% high bc all medical supplies have oil in it. It's a price game. Supply and demand only works on commodities now. Everything else is already price manipulated. Just check out your stock market. It's all price manipulated. Nothing works on supply and demand anymore because everything is too big to fail. If they worked on supply and demand your NASDAQ and your SPY would be much higher. Instead it's not. It's all price fix. Oil is a commercial commodity. Then go look at paper gold and silver. Dead with shortages? Why ? Why can't you hedge against the dollar? Bc it's all control. Same for your oil. They want to control it but can't. So they will squeeze the west dry and break it. Electric everything is a complete 💯 lie and a threat to the oil companies as they become rich AF. The only losers are the poor and middle class

We can sue people for disagreeing with us now?

Haven’t we seen this movie already?

This is what happens when people that don't contribute to society can live a comfortable lifestyle without working to earn it. They become full time "activists" to take money from and control stuff that they know nothing about. Sure, big oil causes problems globally, but suing 5 years later bc muh climate change when the industry is already struggling and oil prices are at record highs? If global warming is a real concern, how will this lawsuit change anything?

Puerto Ricans really are this stupid. I worked under some. Good folks, until you came to any discussion of gibs... they are not Cuban expats.

What a load of horseshit.

I live in Puerto Rico. They have windmills all over the entire island that haven't ever provided a single WATT of energy back to the grid.

I'm not sure we are the people who should be talking about the damage of fossil fuels when our entire energy grid is a step above Ukraine's right now & the US overlords don't even trust us to run our own power grid so they bring in 3rd parties to manage it for us.

If anything.. Puerto Rico is the shining star of why these fossil-fuel companies are still needed. Brain dead take from brainwashed politicians.

The people of Puerto Rico likely think it's an absolute joke our politicians would even feel the need to talk about this given the clusterfuck of our example as an alternative.

I love the climate change Idea I mean whom ever came up with that one is a genius because if the temperature goes up or down we have to spend other peoples money to do something about it.

When has puerto rico been anything but a burden

What a crock of fucking bullshit. Man made climate change is a hoax. Good luck you tacky-taste bastards with crappy cuisine.

Better than South America where they just kill the big oil employees.

Some idiot jury will probably rule in the plaintiffs' favor, unless a rational judge tosses this bullshit case out first.

When the righteous fail to utilize RICO statutes for their true intention, evil will exploit it and use it against humanity.

Also Poor Rico got 90B from the US after the 2017 hurricanes. They’ve already been paid. But imagine this basically all of that money is unaccounted for. Now search the lack of dollars post hurricane when they hit red areas. There’s a pattern

Really? As if PR doesn’t have any real problems to worry about 🙄

If my company got sued for some bullshit like this, I'd simply stop selling my product there.

This is nothing but corrupt local communist politicians in PR seeing a money tit and trying to suck on it.

The globalists make another move on the chessboard of life.

Yea, we should make Puerto Rico a state.

They want to get in on the grift.

Climate denial? They deny the climate?

What did these drooling retards do for the four years when they were getting their "journalism degrees?"

Ahhh Democrats always bitching about the planet warming up, but are mysteriously nowhere to be found in the months with heavy snowfall.