TheDonald
Communities Topics Log In Sign Up
Sign In
Hot
All Posts
Settings
Win uses cookies, which are essential for the site to function. We don't want your data, nor do we share it with anyone. I accept.
DEFAULT COMMUNITIES • All General AskWin Funny Technology Animals Sports Gaming DIY Health Positive Privacy
1743

Muh-Leck-Yah-Luh-Lee Impossible: Fauci doubles and triples down on his poisonous lies about the US not funding the research that created COVID19. He's fighting not just for his life but for the legal solvency of the US, should it be successfully fingered as the ultimate covid developer (justthenews.com)
posted 66 days ago by ghost_of_aswartz 66 days ago by ghost_of_aswartz +1743 / -0 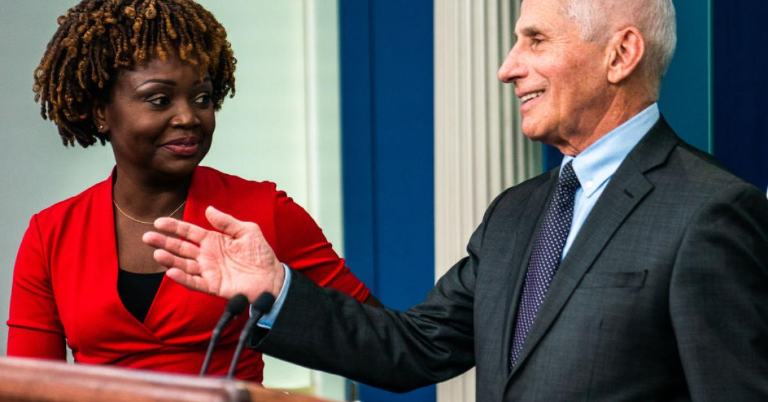 He's trying to avoid the Hangman. He will fail.

I’m sure he was getting fingered while they were developing Covid, so might as well after.

Give me the fist or you get nothing.

The fist is really just to stretch it out enough to fit Michelle in. In other words, it's a means to an end

Turn your head and cough.

fingered? he got the whole hand

Why isn't he in prison yet?

Why isn't he in prison yet?

This patriot asks the only question.

The coalition which will arrest him is still forming

Lock this criminal up.

Lock this criminal up.

This is my dream as well.

Are there any law abiding patriots left with the power to make such an arrest?

No slow torture this fuck on live stream ala Funky Town....if you don't know what that means DONT LOOK IT UP.

You could tell us what it means, to satisfy curiosity without having to see it.

Pretty sure the U.S. is legally, financially, morally, and in most other ways insolvent already.

Careful wordplay. The experiment didn't mutate into COVID after some accidental pre-SARS-CoV-2 release, the experiment created the completed virus.

We need to have more broad policies that can catch clandestine binary (and ternary) poisons and binary (and greater) bioweapons / bioalterations / biomodifications so that gobblins like Fauci cannot exploit legalism and split hairs like he has done now for his whole life probably.

What about the beagles with the sand flies eating their heads off somewhere in Africa.

There has to be more things like that on his portfolio. All told should provide enough rope to hang em I’d wager.

Phizer says it’s okay to lie about their testing. The government is in on it https://rumble.com/v18ie08-attorney-robert-barnes-who-represents-brook-jacksons-case-against-pfizer.html

Wouldn’t be the first time either. COVID-19 RNA Based Vaccines and the Risk of Prion Disease" https://files.catbox.moe/5u4ene.pdf “Many have raised the warning that the current epidemic of COVID-19 is actually the result of an bioweapons attack released in part by individuals in the United States government. Such a theory is not far fetched given that the 2001 anthrax attack in the US originated at Fort Detrick, a US Army bioweapon facility. Because the FBI's anthrax investigation was closed against the advice of the lead FBI agent in the case, there are likely conspirators still working in the US government. In such a scenario the primary focus of stopping a bioweapons attack must be to apprehend the conspirators or the attacks will never cease. Approving a vaccine utilizing novel RNA technology without extensive testing is extremely dangerous. The vaccine could be a bioweapon and even more dangerous than the original infection."

vaccine is the bioweapon

It's a binary bioweapon / binary poison

What is the second component to this binary weapon?

The hitman doesn't go free because the hiring perpetrator got caught.

Throw this elf in the Potomac.

Elf is a newer euphemism for Jew.

He's "almost certain" and he almost got away with it.

Deep State did COVID19 and the MRNA Treatments as A Biological attack on Humanity. Eugenics and De-Population program of the New World Order. The Great Reset.

Which I hope becomes the Great Reckoning.

I think depopulation is a bonus. I think they wanted to put their surveillance kontrol grid everywhere so they used the pandemic to create new rights-destroying policies that gave themselves permission to do lockdowns, corralling, curfewing, tracking and tracing, checkpointing (covid passports) and social credit system to give incentives and punishemnts make their technoslaves behave how they want, which is in the most optimal behavior for THEIR making money

It's possible that the alt MDs and alt molecular biologists are correct that the control grid was "injected" into people....an infrastructure of command / control was put into the jibbyjabbed

They are the disinformation dissemination apparatus. Boycott and divest.

He's right. They did not mutate, which is a natural process. They were manufactured with CRSPR copy pasta.

He wouldn't have to fight for his life if someone got a clear shot.

I'll put in simply so even the low IQ normies understand:

Stupid punching bag believes the right hook would protect it from the left jab, while not realizing that both arms belong to the same boxer.

Fuck, just bill the DNC, just don't let them pay it of in crypto.

Monero, Bitcoin, Litecoin, and other fundamental proof-of-work currencies that aren't 'adjusted' by algorithms and what not but are simply subject to supply-demand forces AND fundamental utility AND popularity of use....are solvent and mathematically cannot drop to zero as long as there are but two people holding them.

ps since you didn't ask, I only endorse monero now. Because governments hate it.

What's happening is that the US government is working hand in glove with the PRC/CCP to destroy the world so it can create a new current thing that will rise like a phoenix from the ashes.

It's global fascism. Fascism in-house is corps working with the gov.

Global fascism is multiple corps working with multiple govs (capitalistic plus communistic) to destroy other people, their rights, and their ability to fight back and make money.

It was all about their Population Bomb religion. The world will believe it after they read EcoScience and learn that it was John Holdren, Obama/Biden's Science Czar, who gave the gain-of-function recommendation 2 weeks before Trump was sworn in. The only thing that is uncertain is what other nations were in on the holocaust.

Yeah I'm sure he's "fighting for his life" and is really worried. /s

I don’t care if the truth destroys 100 million retards that fell for this scam… I want ZERO PART of anything resembling a coverup of the truth. Let them all contemplate suicide or civil war… we deserve transparency.

I so much want to see him hang.

The..legal solvency of the US? So now I need Fauci to succeed huh?

No, that's not what I meant, but I understand your reading it that way.

That is PRECISELY WHY we need to find out specifically WHO is responsible, Fauci et al

and hold them up and force them to confess on the world stage and punish them, probably a good punishment would be to seize not just their funds but ALL funds of their entire family, lock their family up in prison, and then execute Fauci publicly after he knows his family is doomed

Severe punishment. Punish the 'innocent' (they aren't) family and let Fauci see it. Then murder him legally in front of everyone.

Then you do compensation. The US has to admit it played a role. It needs to compensate.

IF THE US TAKES DOWN THE DEEPSTATE CRIMINALS I AM CERTAIN THAT THE WORLD WILL GO EASY ON US. IF WE DO NOT, THEY WILL DESTROY US EVENTUALLY

If we don't take down the criminals, our only solution is world war with the rest of the planet. Because they will say "You owe us an amount that you do not have....999 trillion dollars....." and the US will say well we don't have that.

Then they say "ok well we take everything you have...the US and all its properties and everything owned by every citizen"

And then the US gets destroyed.

Because the "State" got fucked over by Fauci...they played stupid games and now they are winning stupid prizes...specifically that the US is now on the hook for 999 Trillion in damages (or whatever the other countries say)

Now they are playing games. It's a matter of time before the world finds out that the US caused covid-19 and then created policies that had the countries throw themselves under the bus--however the US isn't culpable for that because these countries followed the US's policy lead VOLUNTARILY

As the top paid federal, he rolls first? Right? Gets paid more than Biden, so… off with his head… the Media should be Next!

So, the guy who is personally responsible for funding the Wuhan Institute of Virology's gain-of-function research swears that the government had nothing to do with it? LOL.

The detail is that technically, the ones he funded directly were other viruses.

Yes, it would be impossible that influenza (for example) magically turns into covid.

I want to know the name of the fucker who thought "A COVID death is any death within 28 days of a positive test". Because there were almost zero flu deaths recorded... I suspect the vast majority of cases were annual flu deaths of the elderly.

Follow the patents. It’s all there, a German podcast host interviewed someone from the place that insures that kind of stuff. It’s boring, but he had all the details. It definitely originated in the US. I can’t find the link but it was originally posted here at one point.

We'll be fighting a forever war against the rest of the world once the truth comes out that this is from the US 100%. He probably threw some shekels to Wuhan to muddy the waters when people are looking at who to blame.

Jim Jordan should call Dr. David E. Martin to testify about Fauci's gain-of-function research. He has the goods on the little prick.

The country wearing the U.S.A's skinsuit must answer for its innumerable crimes.

IOW: he’s lying and using language to obfuscate/distract from the truth.