TheDonald
Communities Topics Log In Sign Up
Sign In
Hot
All Posts
Settings
Win uses cookies, which are essential for the site to function. We don't want your data, nor do we share it with anyone. I accept.
DEFAULT COMMUNITIES • All General AskWin Funny Technology Animals Sports Gaming DIY Health Positive Privacy
1149 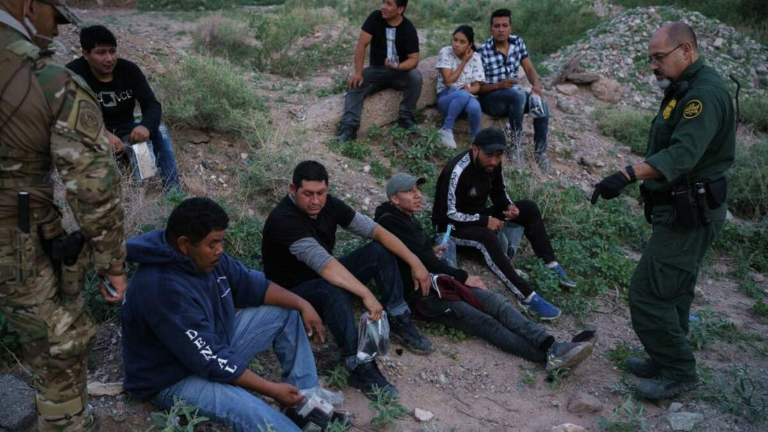 Yawn. Call me when it's time to secede, or that election fraud has been eliminated.

To be fair, states creating their own inter-state alliance to secure a region (their borders) is a step closer.

Until the feds send the military in to quell the citizenry, which WILL happen once election fraud is baked in full. Right now, it's well on the way to getting there. (Remember, they have already shitcanned the Constitution, so no whining about that.)

One can only hope that the presentation of these half-assed measures will ultimately lead to a true secession movement.

The fact that establishment faggot Abbott is even bringing this up is proof that the pressure is beginning to boil over.

This is how it starts. States start banding together to solve problems outside the feds which will invariably lead to more and more state independence. More states see this and join in and then you have an entire bloc of states thinking "we're doing all this shit ourselves, why do we even have a fed government?".

Would've been a slam-dunk move had Lake not been cheated out of the governorship in AZ but we work with what we've got.

The fact that everything doesn't immediately happen at once means all hope is lost and we should give up forever, lol

My comment indicates that what Abbott is doing isn't the answer by itself, by may in fact lead to more definitive and effective action.

I'm poking fun at the guy you're responding to

I'm more pessimistic about that possibility than fixing election fraud in the states that we need.

It's never going to happen outside of fantasy and if it ever did we would be in a world of shit far beyond anything we are dealing with now.

You people are total clowns.

This is the signal you don't belong here.

No, I've been here since the beginning and will continue to be because I'm all about MAGA.

You doomer shill faggots are not. You need to make your own .win to doom on. Like The Great Awakening, but for even more deluded idiots.

Blah blah. Nothing of substance, as always.

If you stop illegal immigration they will simply import legal citizens. End all immigration.

Properly processed, legal immigrants who become citizens tend to vote MAGA, not just Republican. Once they get their citizenship, they are 10 times more knowledgeable on US civic matters than the average non-MAGA parasite.

Retard logic. We will not permit racial replacement under any circumstance.

What's retarded about the logic? Unfortunately the VAST MAJORITY of illegals outweigh legals, at LEAST 10 to 1, and they are added onto both the census and the motor voter states to be used as Democrat votes in conjunction with Dominion algorithms. Race has little to do with legal citizen processing, but everything to do with illegal invasion.

I would rather live in a country that is 1% white but run by MAGA than 100% white and run as it is now.

Lol you can't have a "MAGA" country without Whites. We are America. Only Europeans can perpetuate European civilization and if you haven't realized that yet you may be retarded.

This is why I don't like Abbott, he keeps asking congress for approval before doing shit in his own state.

He's not allowed to; the Constitution requires that inter-state deals be approved by Congress.

No State shall, without the Consent of Congress, lay any Duty of Tonnage, keep Troops, or Ships of War in time of Peace, enter into any Agreement or Compact with another State, or with a foreign Power, or engage in War, unless actually invaded, or in such imminent Danger as will not admit of delay.

Special note to the "Unless actually invaded" part. That's why they keep pushing to declare the border crossings an invasion.

Abbott has already declared an invasion, thats why it makes no sense for him to give a shit about Congress' opinion

If it involves an agreement with another state, it has to be approved by Congress.

Interstate means existing or carrying b/w states, not just in one state. Article mentions TX looking to form a border security pact with Florida and AZ. He needs congressional approval, because the pact would allow them to assume responsibility of enforcing federal law. According to the article, the pact would allow them to bus illegal immigrants back across the border instead of just to sanctuary cities.

It has to be approved by Congress or it's unconstitutional.

We need interstate compacts telling the fed government to fuck off

Cut the illegitimate and corrupt federal government out of everything. They are exactly what the anti-federalists said they would be.

The biggest question is why they haven't done this already. While this would be great, at this point it's almost too late. Too many people have made their way here and the fabric of this country is being irrevocably changed.

The great replacement theory isn't a theory; it's been happening for quite some time. It just accelerated under biden.

Pointless, fake, and gay unless they’re deporting and/or shooting invaders

How about an interstate compactor instead?

We need to establish a Texas State currency based on sound money to defend against digital fed bucks.

I'm so fucking tired of talking. It's time to put in mine field's. Defend the Border from Invasion

I guess we'll see how the new incoming congress will do with this, as 'border security' is one of their main issues.

You guys getting sick of this yet?

AZ ready to join you... In using

Just shoot to kill everything that moves. Load the area with vicious wildlife like coyotes, and let nature figure it out. Otherwise, we need to go to war with Mexico and end the cartel.

This is useless virtue signalling.

I know that's the running cope around here, and to a large extent it's true, but if you want to truly change things around the edges, you at least need it to be grey enough to be able to convince establishment politicians / judges. This is black and white.

It's hardly a cope - it's an acknowledgement of cold, harsh reality.

The people who have sworn to uphold The Constitution are openly, and actively working to undermine it - including establishment RINO's who aren't simply feckless cunts, they are complicit traitors.

There's nothing cope-worthy about that realization.

Worse, the Judicial system has proven itself to be almost entirely unreliable in the equal application of law - and that's when they even dain to hear the case to begin with.

There is zero benefit at this point in applying constitutional principles to subjects or concerns that have already been proven to have utterly unconstitutional processes put in place by the people who were entrusted with administering our government.

Congress is murdering the Constitution.