TheDonald
Communities Topics Log In Sign Up
Sign In
Hot
All Posts
Settings
Win uses cookies, which are essential for the site to function. We don't want your data, nor do we share it with anyone. I accept.
DEFAULT COMMUNITIES • All General AskWin Funny Technology Animals Sports Gaming DIY Health Positive Privacy
1436 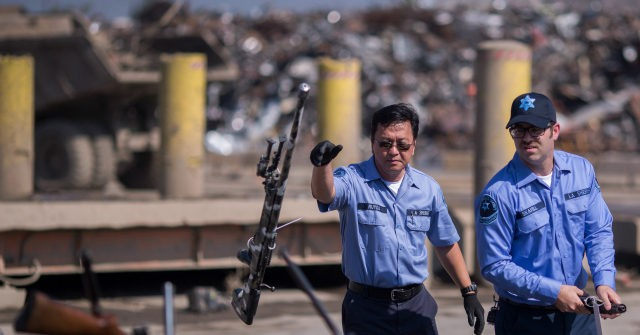 I lived there at one point in time and considered moving back years ago. Glad I passed on the opportunity.

You would think that they, above all people, would realize what a really bad idea it is for only the government to have weapons......

But then again, they like it that way when they are taking over countries, such as the old Soviet Union and the Bolsheviks......

Starts to make me wonder, how much Jewish influence was in the Nazi party?

There were certainly Jewish military leaders, particularly in the Navy, that kept their heads and their jobs until the end.......

Fucker doesn't read his Torah. He's supposed to be stoned for that.

These high up jews are secular and think they are gods

People have no idea how bad it is or how loony the lefties there are. The problem is all the labs and federal dollars flowing in there.

State occupied by a faggot regime*.

Polis isn't even one of us, he's a Californian.

Here's my red flag law: If you are a lawmaker and trying to disarm the people, then you are a tyrant and need to be removed from play.

That would be the most ironic method for sure. Appropriate...though not painful enough in my personal opinion.

Just beating them with a heavy stick is fine. Tyrants understand that language just fine.

I don't think I would be able to stop once I got started beating the ever living shit out of them.....

That's okay. Eventually the body would be reduced to a redish jelly and you would lose interest.

Or tendonitis would set in...LOL.

For the irony. Otherwise wood chipper. That needs to become real punishment.

Colorado used to be based then all these faggots moved there from a corporate relocation and POOF they multiply faggots and queers then its over.

Same is happening in Texas. I see my future

This is all due to losers and quitters leaving states and trying to hide on the homestead instead of fighting.

Breaking news: the opponent is never going to stop. You can’t run. You can’t hide. You have to fight.

They must be eradicated like roaches to have any hope of a return to normalcy.

I would argue it has more to do with “fortified elections” than anything else.

"Sanctuary" for everything but American law abiding, taxpaying, citizens - illegals by the millions, drug users by the millions and homeless in ever parking lot and sidewalk. That city died a long time ago and now the commies are in "the next phase"...

Just say you live in a gun control sanctuary

Glad i don't live in that shithole, but i know people that do and the horror stories they share about mecican/So. American takeover of that town is disturbing. FREE everything if you're illegal and supposedly, the commie legislature in Denver even revised domestic abuse statutes to protect the drunken wifebeaters from being arrested and deported...sounds like progress to me!

They hate how feminine and sexy Boebert appears when she's strapped with boom. She's more woman than these men that can't be men will ever be.

Colorado use to be a great state. Denver was such a fun city. Now you had a bunch of shit libs bring their failed policies to a once great state.

CO is a rigged operation. Rig and destroy is the lefts mantra

It was nice and conservative before mail-in cheating.

I feel like this will accelerate with every shooting. They are too good at weaponizing selective bias of news events to push their legislation.

Except for the ones where antifa gets their charges dropped for cold blooded murder.

I hate my state. It was so nice growing up here

they'll instigate another shooting to propel their communist taking.

NEVER GIVE UP YOUR GUNS!

He has no idea what hes trying to do no policy just wants to make waves saying hes has a fix it bill. Inside the bill it's packed with support for their fundraiser projects. Meanwhile more people get plucked at their drinkin place by handgun and even more become homeless. MSM focusing on a few tragic deaths while millions die elsewhere. Not of covid

Colorado Senate president Steve Fenberg’s (D-Boulder) observation that “pretty much everything is on the table.”

He indicated the job before Democrats at this moment is simply figuring out which gun controls to pursue first.

Fenberg added, “I’ve always said that I support an assault weapons ban. I don’t think in this day and age it makes sense that people can purchase weapons of war. It’s something (where) we have to make sure the policy is right. I think there’s still ongoing conversations about what the policy would be.”

You know what else is on the table?

They seem to be proving why everyone needs a firearm, or, why we have a second amendment.

We seem to have all the video game players on our side. Thanks

SHALL NOT BE INFRINGED

Good luck with that

such an amazing state once you get out of the cities.

SHALL NOT BE INFRINGED.

Execute all of them. Shall not be infringed, you dumb assholes.

Colorado is ruled by boulder and denver. Hopefully the rural parts will fight back.

Never , under any circumstances give up your guns

AR’s are not assault weapons. Nor are they weapons of war

If you shoot them in the asshole, they will no longer try this shit.

Great timing after what happened at the sodomite club.

There's no voting your way out of communism.

Gun control for who? I don't see the bootlickers turning in their guns.

I like the story about some dude who printed guns with a 3D printer for $X and sold them to the police for their gun buyback program for more than $X to make a nice profit.

I think that fella was out of Houston

The worst part is all the "muh guns" people just letting it happen and willingly giving up their weapons.

How did this happen? When I lived in Colorado everyone loved guns and everyone had at least one.

Decades of Californication and mail in cheating.

Of course, the senator, pushing for this is from Boulder. I wouldn’t expect anything else from that area.

It's not gun control. It's civilian disarmament.