TheDonald
Communities Topics Log In Sign Up
Sign In
Hot
All Posts
Settings
Win uses cookies, which are essential for the site to function. We don't want your data, nor do we share it with anyone. I accept.
DEFAULT COMMUNITIES • All General AskWin Funny Technology Animals Sports Gaming DIY Health Positive Privacy
1697 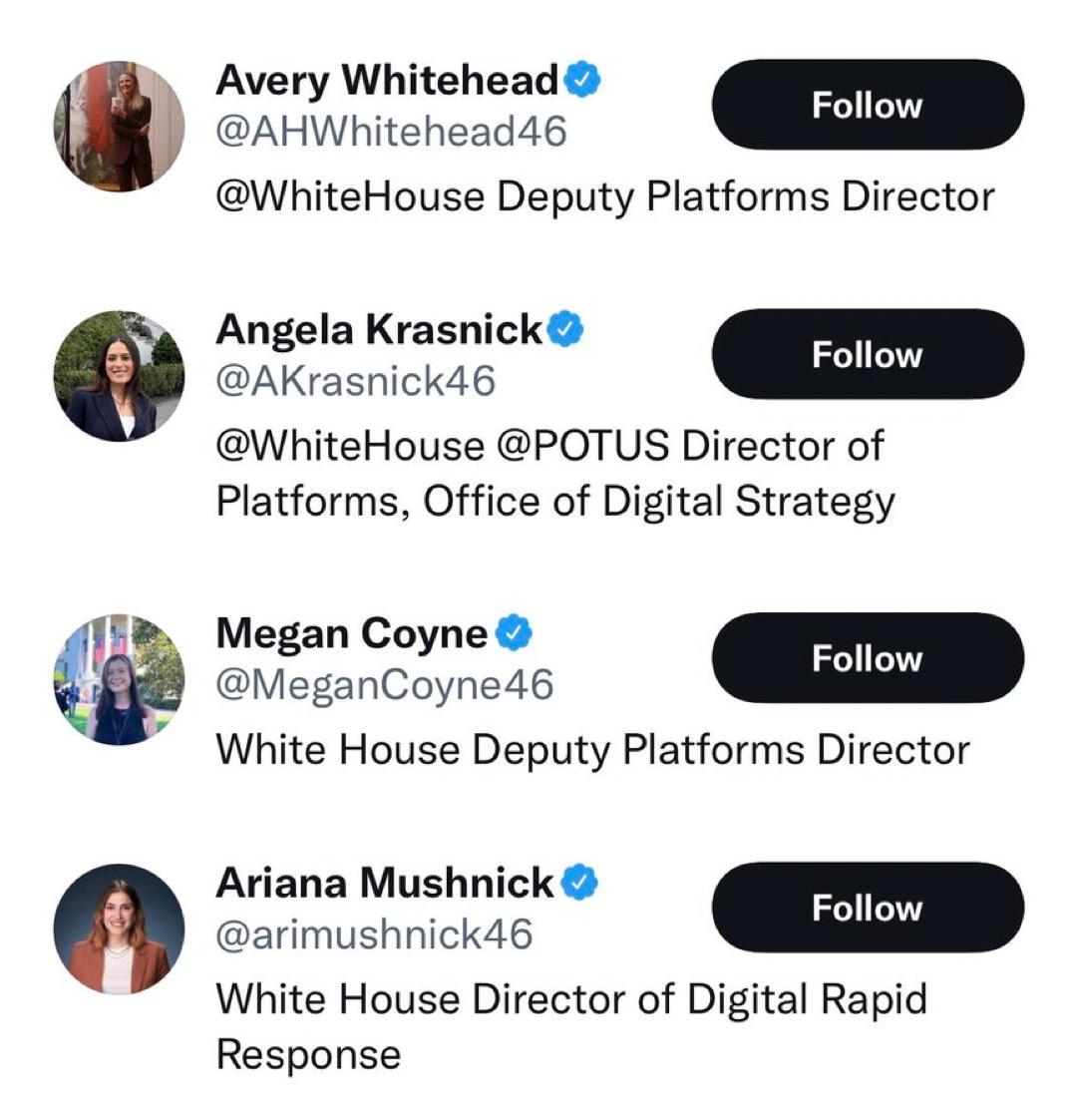 White liberal women are a cancer in America

It's quite easy when the government becomes the surrogate father and the courts side with the mother.

Yep always the elephant in the room. And of course ignored even by those on here

That they're all women?

You are a Jew

What nine plus seven?

This will never get the attention it deserves at a national level.There's too much grift to be made.

Question: was their soy latte affected by inflation ? If so, is the Ukraine war to blame?

Technically the courts are not racists, they just happen to hate the side that makes money, and in today's day and age of woman encouraged to make the bacon, the bacon is still mostly brought home by dad's. That's why it looks like the courts are sexist, they look like it, but dig deeper and they are wealthists actually.

Are they? Or are they forced out of the child's life by the selfish mother?

'mothers' so empowered to be able to have such 'options' due SOLELY to BigGov 'social' 'programs' paying such cunts to do so.

All because of the power of pussy.

Why would you take all of these risks? Because at the other end of the voyage awaits the most valuable resource in history, if not the whole universe: white girl pussy.

Failing how? They are doing what they can. When a woman kicks a man out of his own house and blocks him access to his children, it's not his fault. Don't be a feminist, not even once.

Gonna have to check the early life section on those names pardner.

Came here to say this

You hit the nail on the head. It's why the left pushes for abortion. Once a woman has had an abortion, she will work tirelessly for the rest of her life justifying it.

What is it with women and useless corporate/government positions, like all of the ones fired from twitter than werent needed at all.

And these are all directors, so even though it's a bullshit job, you just know they were/are making bank.

whores sell out their own talents and potential for mere cash.

these sort of troublemaking bynts are paid to promote values', and narratives, wholly destructive in intent of all things good, true, and most of all, Righteous.

they do so knowingly, most enthusiastically, using every talent and energy they possess, to build for their future.

s-t-u-oooooooooooopid CUNTS they most certainly are; they are in now way 'selling out' their skills, talents, brains; and subbing their gash, to strangers, on demand, for mere cash.

They've been lied to about motherhood. So now they take their unshakable instinct into government to play role as authority over constituents instead.

Literal nanny state except these mothers are bitter idealogs.

Are they supposed to hang dry wall or repair HVACs?

no, because either of those things requires skill, strength and the results can be objectively measured.

These fools get paid for their opinions -- a world where there is no right or wrong, just shades of gray and there is always an excuse.

The funny part is that their cubicle chitchat bullshit job is entirely social and is rife with progressive stack ideology, meaning that skill is irrelevant, and as soon as a handicapped black lesbian wants their job they're fucked.

Sounds like academia. You don’t actually have to be right, just have a strong opinion you can justify with fancy linguistics.

Be mothers mostly, taking mothers out of the home so the governments can raise the kids is part of why the west is falling.

They're supposed to be popping Toy Story into the DVD player.

"Are they supposed to hang"

no; they are s'posed to recognize that 'biology' mandates their role be limited to in-home mothering, midwit.

that such as your braindead ilk even ask such questions is

Brother, kindly who the fuck are you calling midwit? I can tell by the fact that my comment flew over your head, that your wit is much lower than mid tier. I can also tell by your unhinged spacing shows you are also emotional and effeminate.

Yeah, I wouldn't pay much attention to that guy, seems like some mental "stuff" going on there...

Well from a labor standpoint women are pretty useless. Only in a modern society can women even attempt to contribute to the labor force. In the spat when everything was less service based and was more product/manufacturing based, women were just generally not well suited to be in the work force that entailed mostly physical labor unless you were an executive, lawyer or doctor. GM didn’t have a “diversity and inclusion officer” or other welfare jobs for women like that.

That’s just not true. Women have been working in factories since the beginning of the Industrial Revolution. For example, in the textile factory. The textile manufacturing especially. Look into the Lowell girls in 1840s, for an example.

All of those jobs are in china now. Which is the real problem.

At far lower rates, I’m not counting during world wars, when they had no choice. Look at any manual labor job, it’s 90% men. Women didn’t build this world, men did, which was how natures intended and the burden men bare, just as women have the burden of birthing and raising children.

It's not just women. There are useless positions in corporate/government everywhere, of all genders and races.

Can't comment on that, social work sure. All I know is there is a SHITLOAD of bloat at almost every company I've ever worked at. And from what I've seen with my family in government jobs, it exists there too.

EDIT: Elon just proved this by firing 70% of the employees and guess what-- site's still fucking running.

These are their work accounts. Notice the “46” tagged to the end of their names

100% guaranteed their personal account are filled with liberal garbage.

I would have a social media policy if I was President. "Don't have it. For as long as you work in my administration, you will not use social media. Learn to text or call people again if you want to keep in touch."

The coincidences just keep rolling in! What a remarkable statistical improbability we have here!!

That's just a coincidence and you should ignore it.

Not my usual MO, but the willful ignorance displayed here demanded it. It isn’t about women. Its not a coincidence. Its a disproportionate and treasonous attempt to overthrow a way of life and I won’t be silent about it. Ever. God bless.

Their mothers should have been childless, too.

Hell hath no fury like a femcel in a voting booth

Rapid response = censor when shit has hit the fan.

Joe sharted in Rome, Mushnick, get on that immediately and have the accounts closed out.

Why do our tax dollars fund Presidential PR?

“We need to get this bike video out of circulation immediately before it becomes a meme.”

“Shit, it has already been seeded into the meme farms!”

women, especially young women, are far more susceptible to social pressure than males and in Academia right now all this virtue signaling is popular. Since they're not educated in law and philosophy, they are ignorant of why discriminating against ANY race is both illegal and immoral. Additionally, since they're not educated in history, other than a focus on Colonialism BAD, they don't realize EVERY race has had horrific events associated to them in their history.

Now all this is being reinforced with great paying jobs where they get to go to amazing parties, dress up, and be around popular people in their circle. They've all become princesses -- what ignorant girl wouldn't repeat ANY mantra to keep the illusion going?

what are the odds?

There are way too many fucking employees in the federal govt

and keep in mind, each of these parasites probably have at least 2 or 3 assistants, and each assistant probably has at least one secretary

And they're all somebody's cousin.

Is this why Joe Biden's Twitter account comes off as a snarky cunt? I would've never guessed!

I think they are all Jewish also.

Somehow not shocked it’s all woman.

I have a love hate relationship with women these days. Obviously as a straight male women have their “uses”. But personally I think women are causing the downfall of civilization.

As a result, we are basically seeing what the world looks like when it’s run by women. No accountability, high crime and mental health/behavior problems, people totally driven by feelings and emotions which trump facts, a lack of personal resilience and drive, a lack of independent thinking and preference towards tribalism, transient relationships, lower testosterone, etc. these are all feminine traits and why “soy boys” now exists.

As the saying goes, weak men create hard times. We are living this mantra. We are experience the effects of the great experiment that was feminism and letting women have a say. God put them on this planet for one reason and one reason only, that’s making and raising other small humans. The day to day operations of society were always meant for men to handle.

I bet these counts have around 63 cats combined, and I bet these cunts all smell like cat piss. 💯

And have a baker's dozen of abortions collectively

“Communications” people are always women. Why?

They've turned nagging into a profession.

Because men generally recognize that "standing around running your mouth" is not the same as "getting shit done" and we are judged (and judge others) by what we/they accomplish?

We have gone from deep throat to whitehead

Muslims are right about women.

So these 4 dumbasses make up the Vegetable in charge of the white house. And with 4 minds there tweets are still stupid. 🤣

Nothing gets under my skin more than white leftist women

I don't know how you are able to handle being around so many of them in SoCal. It has to be maddening.

Such diversity, I bet not even all of them are Jewish

They're all the same age...

How many of them are joos?

It takes 4 women to do the job of a dementia addled vegetable?

yes, it does take the entire combined mental capacity of four women to direct the public commentary of a braindead vegetable...

By now, all of their menstruation cycles are in sync with each other.

A bunch of pussies. Figures.

but they got their director titles.