TheDonald
Communities Topics Log In Sign Up
Sign In
Hot
All Posts
Settings
Win uses cookies, which are essential for the site to function. We don't want your data, nor do we share it with anyone. I accept.
DEFAULT COMMUNITIES • All General AskWin Funny Technology Animals Sports Gaming DIY Health Positive Privacy
1695 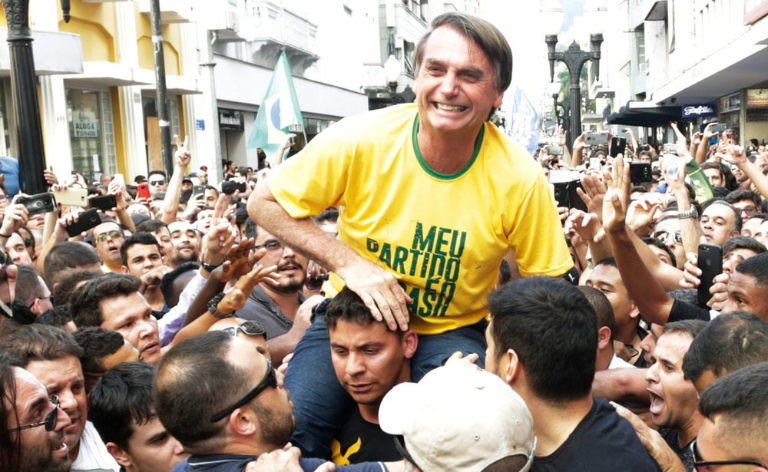 sounds familiar, doesn't it, way past time to clean house

I keep calling the first one Va Jay Jay in my head for some reason.......

He needs to keep Lula from seizing power first

The Biden Admin was part of the coup in Brazil, Biden said so himself, he sent his "election fraud team" to Brazil. They would not allow the extradition, because vajiya and yoel would end up in jail for 15 years or worse, dead.

She is a face of the Left

Don't set a precedent of Americans getting extradited to foreign nations for wrong think.....this cuts both ways and we will all get shipped to China in the middle of the night

Can you even imagine how fast that LuLu guy and his cohorts will loot Brazil? Faster than Obama/Brennan did ours.

Who endorsed Boldonato first time? Trump! Who did it second time? Trump! Is Trump American or not? O cabrao deixou Brazil na merda. O que Bazil ganhiou no mandado de Lula perdeu com Bolsonaro. What do you want? A Brazil going down with US? Nobody goes with losers like you any more. Instead of going out in the street to turn the proved rigged elections in your own country, you're more interested in others. Looks like Rittenhouse is unic. The exemption confirming the rule. What's the Brazil population and how many are protesting, 1%? You faggots are not even 10 people in the street protesting against rigged 2020 and mid terms. None. So, shut up and fight for your country and let others to deal with theirs.

Bolsonaro, while he's still President, should use the military and remain President.

They would be served well to do 20 years in prison there.

Why? The other freak will just let them off. Same with our shithole politicians. They take care of each other

The only ones interfering Brazilian elections were the Brazilians. An American puppet like Bolsonaro lead by WH, succeded to ruin all the economy growth from Lula's time. "Fora Bolsonaro!" was not because they loved him.

This comment is either a product of the Brazilian media suppressing news of the massive month-long protests in multiple cities in Brazil or it's a deliberate lie.

The election in Brazil was fraudulent and the people are not accepting it. They are in the streets. There are no counter-protests. Outside of Lula's close cronies in government, universities, newsrooms and favelas there are few actual Lula supporters.

This is a recent aerial view of the Brasilia protest which is growing in size every day. https://pbs.twimg.com/media/Fi_Hu1UWIAECbuR?format=jpg&name=small

Dude, the winners don't protest. That's an absurd take. That's like asking why there were no Democrat protests on Jan 6.

Twice since the election the Workers Party tried to muster crowds, once at Copacabana beach and again at Leblon beach. BOTH times, even with free food, they couldn't get people to show up, around 100 people the first time and only 30 people the second time.

Where are the Lula voters?

I think Twitter will start to open the retarded motherfuckers' eyes as to just how little support they have in the real world.

Elon should start a "Who do you really think won the 2020 election" poll.

The lockdowns the opposition demanded made the Brazilian economy better? Bolsonaro was the one trying to keep your economy going, while your gutless, homo ass was demanding multiple masks and your 8th booster.

Found Lulas butt buddy. You are a propagandist fag. Your comment makes no sense unless you are intentionally obfuscating the situation. Bolsonaro is an American puppet ?? Hahahah. How much do you get paid faggot?

Thus why you americans are idiots. You can't see the elephant in your eyes. Faggot? What's the country promoting LGBTQ...? Did it bother your neuron? Or its way to lazy after being humped by Bidens...