TheDonald
Communities Topics Log In Sign Up
Sign In
Hot
All Posts
Settings
Win uses cookies, which are essential for the site to function. We don't want your data, nor do we share it with anyone. I accept.
DEFAULT COMMUNITIES • All General AskWin Funny Technology Animals Sports Gaming DIY Health Positive Privacy
291 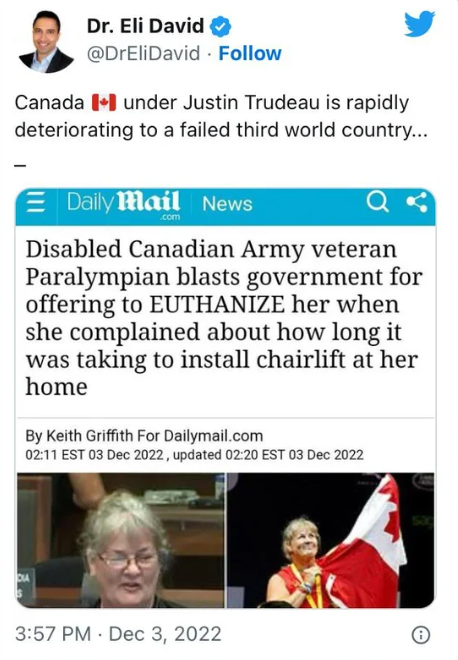 "You were already shown the quotes." When I ask for the founding documents of a company, I mean the legally binding part, not what occurred during negotiations nor thoughts that didn't make it to the contract. The quotes you showed DID NOT MAKE IT.

"You were already shown the text of the Constitution." You say it was implied to be "whites only", but no such specification in text exists. Useless.

"Reported for supporting ethnic genocide." This is the 3rd time now? My comments are still up. Maybe take that as an indicator of your delusional thinking, and work on bettering yourself. Btw, I'm on record supporting the right of all races to exist, and explicitly included whites in previous comments on this site. Though I suppose unfounded accusations from a small-fry minion of the great accuser isn't all that surprising ;)

I mean the legally binding part

You were already shown the quotes, communist shill.

You say it was implied to be "whites only", but no such specification in text exists.

This is the 3rd time now? My comments are still up.

When you can’t win an argument, silence your opponent. How very like a Communist. Btw, this isn’t Reddit ;)

You’ve already been disproven. There’s no “winning.” There’s just truth. You are spamming things only communists have ever said. You believe and support things only communists believe and support. The Founders were white nationalists who killed faggots and didn’t believe women were equal to men. This is all enshrined in their laws and public writings. You don’t support America. Burn in hell, commie.

What, Bill of Rights for all, guns for every law-abiding citizen, limited government? Sure would like to see you square that circle, as they say.

On the other hand, you're advocating putting a bullet in my head and deplatforming me for disagreement from your absolute "truth". I'll leave it to others to decide who the Communist is here lol