TheDonald
Communities Topics Log In Sign Up
Sign In
Hot
All Posts
Settings
Win uses cookies, which are essential for the site to function. We don't want your data, nor do we share it with anyone. I accept.
DEFAULT COMMUNITIES • All General AskWin Funny Technology Animals Sports Gaming DIY Health Positive Privacy
2029 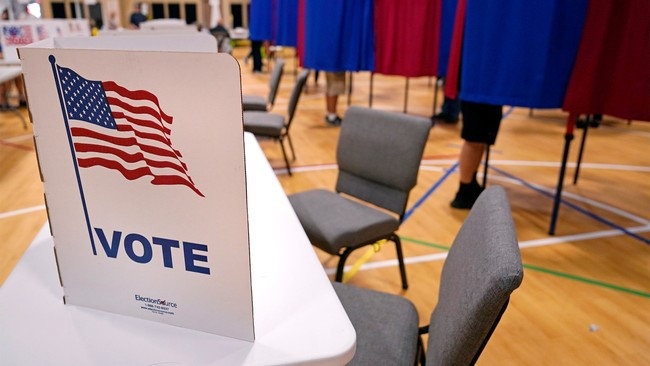 Since most of the issues on election day were in Republican areas, they should change the election laws so that people can vote wherever they want.

Go vote in a Democratic area where things are working just fine.

It's not a silver bullet, or anything, but it's a start.

sorry, vote with a bullet you said?

that sounds about right, right now.

Hundreds of Maricopa County poll workers have come out with witness statements and affidavits — a lot of patriots (myself included) were working our local precincts (I’m not from AZ though). This is why all of the fraud is occurring at the central county counting centers.

Shooting up a polling location in a red area would be shooting patriots who are actually trying to address the fraud. Not to mention, if you show up armed at my polling location threatening the volunteers, the constable will drill you on the spot. I’d do my best to patch you up to stand trial, but he is the best three gun shooter in the county and retired with 20 years of combat experience, so you’ll probably be well beyond the capabilities of my IFAK.

Where did he say shoot up a polling station?

learn to take joke like you clearly take a dick, faggot.

or just, ya know, lighten up.

"don't be a fucking retard" taking everything literally.

call people agents because you don't understand something. again, you giant faggot, learn to take a joke.

You’re the retard advocating shooting up polling locations. The only “joke” in your comment was was the author.

You extrapolated that. I never said anything like that. I said "vote with a bullet?"

I never said "go shoot polling locations" or anything like that. Can you read?

That needs a lot more connectedness and planning. Fighting against evil and whatnot. Especially with places like Arizona and Pennsylvania absolutely shit rules dealing with issues like this.

Aside from Arizona, Pennsylvania is the most rigged. 2.6 million Pennsylvanians supposedly voted for a guy who just had a stroke and wants to release all convicted 2nd degree murderers from prison.

And who campaigned just about as much as Hobbs

Kind of like mail in ballots and early voting?

That actually is what they could've done in AZ, but that just puts you at the back of another 4-hour-long line, and you are just hoping that, if you already had problems in one area, your check-in doesn't prevent you from casting a real ballot in the second area.

They'd probably throw you in jail seeing who's in control

The left, using laundered millions from the taxpayer, funds thousands of lawyers, and surely pays untold millions in bribes, to fight the few conservative lawyers who might be there. Its a mob type system.

Yep and on center stage is Marc Elias https://www.thegatewaypundit.com/2022/11/hillary-attorney-marc-elias-joins-katie-hobbs-az-threatens-sue-county-not-certifying-uncertifiable-results/

Republican leaders make me so angry. They never want to fight back. Yesterday Ohio Rep Mike Turner, the top person on the House Intelligence committee is dissing Trump, praising Biden, committing for continuing support of Ukraine, and praising Schiff and Warner. I was expecting numerous impeachments, fighting back for what they did to Trump, investigating elections, and treating the Democrats the way they have been treated. What good does it do to re-elect Republicans and give them power?

The Republicans who are members of the Freedom Caucus are the only ones who may possibly fight for us. The others are just as corrupt as the democrats.

If you expected all of that with anything less than an overwhelming MAGA sweep, then I've got a bridge to sell you.

Disenfranchisement is a watered down word.

The true word is Fraud.

The leftists are very smart, & on top of that they're willing to do absolutely anything to overcome conservatives. That, unfortunately, puts us at a disadvantage. I'm afraid it's going to take violence, full on violence, to recover our beloved nation. I sincerely hope it doesn't come to that, but our nation is slowly being conquered by a completely ammoral & evil crowd. They've bought all the courtrooms. They've bought all the FBI, DOJ, IRS, CIA & NSA, the military, the CDC, FDA, & every other federal & state department. They're coming after us full bore soon. And if they capture America, it's all over - the entire world will go completely dark. All that talk of "If they try that, we've got the guns & we'll blast away & show them." Empty words. I don't think we'll do anything. The left will chip away at us piece by piece until we're impotent. So then, let's follow Kari Lake's lead & do everything we can to resist the greatest threat the world has ever faced next to the Nazis. It's going to cost some of us dearly. Do it anyway. Don't give up.

The New Right either beats party leadership so bad they convert to Pedocrat, like the rest of the Lincoln Project Faggots, or we are doomed to go the way of the Tea Party while the country breaks apart.

If threats of lawfare and prosecution scare you, then you haven't been paying attention to the game you signed on for.

I’m surprised they haven’t rolled out the tanks yet. Commie fucks!

It’s really simple they purposely sabotaged the machines to stop the red wave. They cheated. Now you either take it out you don’t, how you fight back is up to you. Personally if the lawsuits are being thrown out then your choice is to swallow and take it or fight. At that point I’m in for a fight.

This is why we need to purge. Commies have taken over media, education system and the judicial system. Pretty much every lawyers is a disgusting shit lib. It is coming closer and closer to when purging will be the only solution.

The Democrats will do ANYTHING to stay in power. Understand that. they will make up laws that don't exist (like a felony charge for not certifying an election? WTF actually is that?) pay off election judges and election personnel to rubber stamp results in their favor and fast-track to "certification" so it can't be undone, even if they find real fraud later.

The left has the corrupt Judges, AG's and police on their side, what are we meant to do? They are trying to get us to fire the first shot.

The Left attempting to disbar conservative lawyers challenging election fraud might be the hill. I'm not calling for violence but if there is no legal recourse, then by definition ILLEGAL recourse becomes the only option.

Problem is the State Bar Associations are to law what the AMA is to healthcare... a monopoly.

Call, send text and emails, followed by millions in money. Sit back and watch those nasty ass oh so mangling stern letters fly. Rinse and repeat.

Time to round up the people who are the planners of the Election fraud, put them in jail, and hold them with out a trial like the J6th Political Prisoners.....then Sentence them to the max for Treason.

So why don't large groups of citizens file a complaint against every leftist attorney involved in this is AZ. Just overwhelm the system with numbers. Don't worry about quality, just quantity. start overwhelming all systems with numbers. AZ residents should file lawsuits over the election. Just pay the filing fee and file. Don't worry about quality or correctness, just file huge amounts of them. Bring the system to a standstill.

why isn't our side saying EVERY VOTE MUST COUNT, fuck this shit

Why is this under opinion!?

Assassins creed 2 is right about conspirators and how to deal with them.

And none of you will do a damn thing.