TheDonald
Communities Topics Log In Sign Up
Sign In
Hot
All Posts
Settings
Win uses cookies, which are essential for the site to function. We don't want your data, nor do we share it with anyone. I accept.
DEFAULT COMMUNITIES • All General AskWin Funny Technology Animals Sports Gaming DIY Health Positive Privacy
952 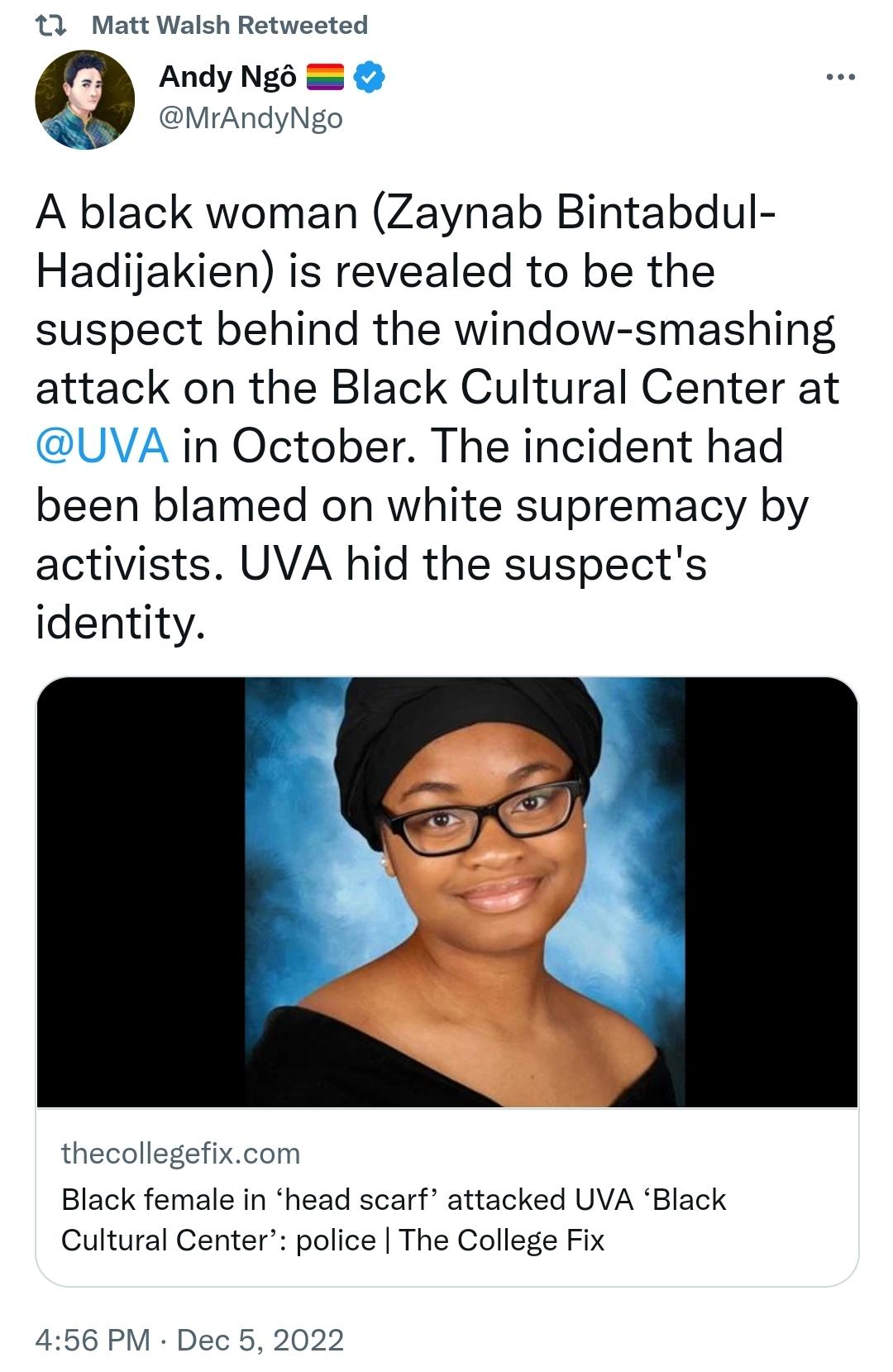 Doing an internship for the FBI?

When served with a warrant, the suspect said she was “innocent” and was being targeted by the university police, but also asked the cop to shoot her, according to the report.

They arent sending their best.

Funny thing is, I think they are.

There's a shortage of white supremacists.

Supply and demand. The left aren't too keen on economics, after all what do you expect from commies?

That is in my view the bigger crime here, the reason being is that the blame for the window smashing was a politically motivated crime against a group in which it is impossible to prove a negative unless the actual perpetrator is caught and convincingly demonstrated to be the actor behind the crime.

What she did is a form of terrorism. UVA tried to cover that up. This whole thing is a much bigger deal than just one stupid girl trying to frame a group of people which was already bad enough. UVA is an entire institution, involved in a crime at the point of the cover up.

People really need to think through the ramifications of these crimes and then make a serious stink about them.

The other "every fucking time"

Did her mom or more likely grandma repeatedly slam her head on a keyboard to come up with her name?

Still the fault of white supremacy in the minds of loony leftists.

If I'm going to get blamed for 'groids doing 'groid shit, I don't feel bad at all for being racist.

That conviction has been completely scrubbed from my conscience as well.

Unironically a lesson learned from Trailer Park Boys: "If you're going to go to jail for stealing because it looked like you were stealing, you might as well take a bit of shit."

Where’s the frisbee in her lower lip?

Wearing a shower cap in public is the best way to let people know that you are trouble/troubled and they need to keep away from your low IQ, trifling ass.

Either that or she’s a big Dim Fool fan

Cultural appropriation at its finest.

UVA staff should be charged as accomplices and impeding a police investigation.

Of course. Real white supremacy is nonexistent so you have to manufacture it.

Many, many, many such cases.

UVA is a non-historical Black institution.

What are the odds she did it because she was tired of the woke BS because she is the child of an America loving legal African immigrant who owns their own small business (I've known a few of these guys and they are awesome, happy and love America)?

you know, when you go on an 0-200 streak when calling out your predetermined blame, youd think youd at least hold off before jumping the gun again.

seriously, when was the last time one of the hate crimes actually turned out to be some racist white supremacist?