TheDonald
Communities Topics Log In Sign Up
Sign In
Hot
All Posts
Settings
Win uses cookies, which are essential for the site to function. We don't want your data, nor do we share it with anyone. I accept.
DEFAULT COMMUNITIES • All General AskWin Funny Technology Animals Sports Gaming DIY Health Positive Privacy
2343 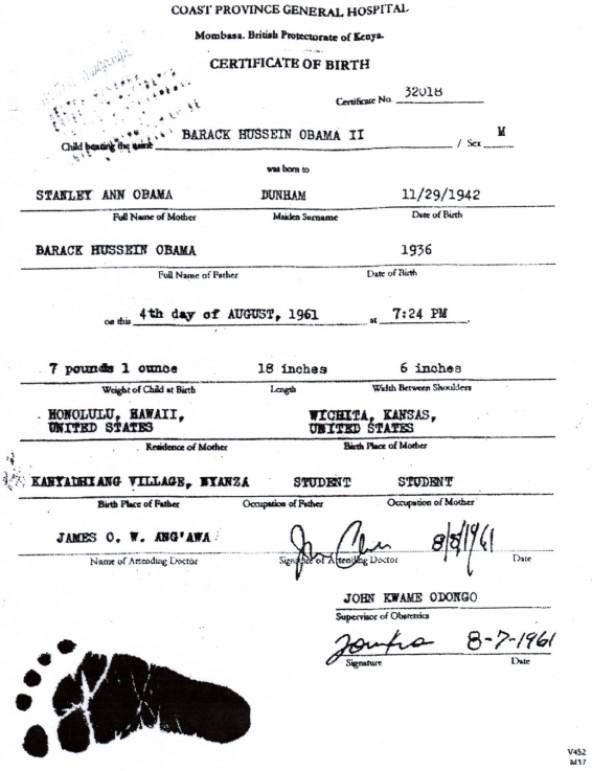 Stickied before I could get the shitpost flair up!

His moms name is STANLEY??

His mom's name being Stanley isn't even the weirdest part of this rabbit hole...

BHO got a nose job so it wouldn't look obvious as he aged...

Well his husbands name is Michelle.

This thread gave me a good chuckle

Curious how that would play on Twitter these days

The funny thing is the cert was clearly forged and there is probably some CIA TS emails with that subject and Obama's then lawyer and Biden's current lawyer who were involved in the coverup and forgery, Bauer.

It's not shitpost if real

Is this the 'original' document? I don't see the Kenyan stamp

replying to myself. I stand corrected. Kenya is represented, so this is CLEARLY an accurate BC

2004 Kenyan born all set to take the Illinois state Senate.

Narrator: sadly it was.

I blame Seven-of-Nine and Coach Mike Ditka for this entire travesty.

Wasn't it Podesta who orchestrated the unsealing of Ryan's court custody records?

Ditka, maybe, but not Seven-of-Nine

It was her contentious divorce/custody battle with Repub Senate front runner Ryan that caused previously-sealed divorce records to be opened and leaked to the press. Dirty tricks. Ryan resigned, Ditka was approached but chose not to run, and we got ol' bammy the kenyan as senator. I blame the Borg.

Got it. you meant Paul Ryan not Jenny Ryan (seven-of-nine). They both had great asses, only his was on his face

Didn't Obama say he was born in Kenya?

There was an Illinois news article when he was running for senate that said he was born in Kenya.

promotional materials for his 'first' autobiography (who writes autobiographies before they are even close to 40, much less 3 of them?) said that he was born in Kenya. that was the only thing that differentiated him from any other 'community organizer'

Community organizer = fucking commie that needs a free chopper ride out of the community they're trying to "organize".

His original bio in his Harvard Law Review said born in Kenya.

And his Harvard yearbook also said he was Kenyan.

Same reason why children born overseas while on vacation get US citizenship regardless if it's on a U.S. military base or some random civilian hospital

Always thought the argument was hilarious because if you are dead set on right of soil and NOT right of blood then you have destroyed your entire argument against illegals getting welfare due to their U.S. citizen children as you have conceded that they are citizens and like any American citizen has full rights. (It's binary, you either are a citizen or you're not, no half measures)

But people want to have their cake and eat it too.

You're conveniently overlooking a very important keyword there. If the parents are in the country ILLEGALLY then any form of birthright should be forfeit for their offspring.

Your comparison is retarded since vacationers and overseas workers/military members stationed elsewhere aren't in those countries illegally.

Naturalized citizen is the requirement to be president. Simply being a US citizen is not enough.

Natural born citizen has never been defined in court

It's a true travesty that people feel there's a need for our laws to be ruled on their clear meaning before application. Like we've gone to "Oh muh gosh! That law has super cereal consequences if we take it at face value - we're going to need a group of people to agree with it, or provide an alternative explanation to that comma placement; it's plain language musn't be trusted outright before we do something that has long lasting ramifications."

Just relating to your statement, not swinging at you.

Yes but as a country we use right of soil or right of blood to gain that at birth. Which makes it all a moot point as long as he has one of those. those clinging to it are just holding onto an incredibly flimsy argument with no standing legal precedent because they hate the man.

No country requires soil and blood of both parents at birth for naturalized citizenship, at least any that matter or I could find.

Even under the most restrictive standards of naturalized citizens around the world he would qualify for as he has an American parent and spent many years of his youth here in the states, with only one real exception: Iran. Because Iran requires the father to be the citizen, as most countries who did have that restriction opened it up to mother or father. (Like UAE)

Why does he lie about being born in the US if it doesn't matter?

One, he was really born in the states and it annoys him for people to claim he wasn't.

Two: he doesn't want to give the people who hate him more ammo

Those are unconvincing reasons.

You're being downvoted for speaking the truth, which is hilarious to me that this place so often harps on truth but then gets pissy when the truth isn't in their favor.

I hate that piece of shit as much as the next person, but it's ridiculous to keep grasping at straws.

Someone cooked up the "he's not even a citizen!" story back during his campaigns, and people on the right went nuts with it, mostly the chain email boomers who think that because someone sent them an email with FWD;FWD;FWD;FWD;FWD OBAMA ISNT EVEN A CITIZEN! RED ALERT! that it means it's 100% true without question, and there's nothing anyone can tell them or show them otherwise, because it confirms for them, in their head, that he's 100% illegitimate and justifies their hate for him.

I justify it by showing people his communist background and how he's a marxist loving two faced faggot.

Obama was the worst thing to happen to this nation in a long, long ass time. But the claims about his birth certificate were just retarded.

The same people downvoting you are the same people who would get absolutely BENT if they were on vacation and had a child, and suddenly the US was like "NOPE NOPE NOT A CITIZEN GET THE FUCK OUT".

Like you said, they want to have their cake and eat it too.

Truth is important. We are supposed to be the side that recognizes and wants truth.

Without supporting truth, we're no different than trannies who are like "My pronouns are she/they so that means I'm not a man because I just said so".

Reality is not something that can be bent to whatever whims you make and whatever emotions you feel.

really? is Barack his REAL name?

I mean... his dad was a Muslim, Barack Hussein are Arabic names

It is. A nickname for Barack is "Barry" which is what he's known to call himself in his younger years.

Then he would be junior.

Just in case anyone missed it: https://youtu.be/jk3KRxTfkLM

I like the part where theres computer editing layers but obamama was born before computers existed. Science.

Don't forget using African-American as the race, when Negro was the correct vernacular at the time. Not to mention he's half-white and raised by white grandparents and a white mother. Giving credibility to the stereotype that black fathers are not around. It's all been terribly bad good theater.

Ooo, that one landed hard.

If only you had left out "talking" I think you may have had something.

The second I saw this, I knew it was kek. Well played! 😂

Kenya believe it!? This is Ghana be big if true.

With a Connecticut SS# too…

Looks just as legitimate as that other thing they put out.

The real one has a cloven hoof.

Probably is classified docs there. It's (D)ifferent though.

I popped the champagne before I saw the flair

That is one black foot

This picture was tweeted by Obama's half-brother, Obama.

BEST SHIT POST EVER! You are the king of shit posts! Lol!

Mother's name: Stanley is Polish aka 'Stach'.or Stanislav. Or maybe named after the tool company.

Trump backtracked on this once elected lol