My 6 year old son was diagnosed with bacterial pneumonia. Two weeks of wearing the mask was all it took.

My response: You think that it stops with the vaccine? That they will never mandate any medical treatment again? It starts with experimental vaccines "to protect us" and will end up with forced sterilization of political dissidents, and euthanasia of the elderly and disabled.

He hasn't even been in office for 1 year.

Eventually they'll bring out Kamala as a replacement. At that point, things will be so bad that people will breathe a sigh of relief just to be done with Biden.

Then it's going to take a much, much darker turn. Authoritarianism is here to stay, and it's only getting started.

I am gearing up to quit my job and homeschool my kids. It's going to be rough financially, but I will have time to grow food, maybe raise a few dairy goats, and get my homestead on.

My school district just announced they are going all in on CRT, white privilege, unconcious bias and LGBTQ+. In the immediate aftermath, 20 teachers quit, and 4 principals resigned. Parents are pulling their kids out en masse.

I am worried about paying the bills. I am more worried about some tranny "Elementary School LGBTQ+ liason" grooming my son for butt stuff. We are out.

Husband is going out of town to visit family. I am going to use the time to stock up on more rice, beans, canned tuna and chicken, alcohol, soaps, and tradable goods. I also plan to take a bunch of stuff to the consignment store to sell, and pick up some oversized boys clothes for my kids to grow into over the next couple years. Maybe I will even stop by the gun range and vent some frustration.

He's not against me stockpiling, but he gets frustrated at me for "spending money" on groceries we "don't need". 🙄 Fine. You can starve, but my kids won't.

Should I record it?

Look into taking aspirin daily for the next 7-10 days to prevent blood clots. I am not a doctor, so you have to do your own research. It might help, but ask your doc.

Some people are forced into it against their will: parents with kids in the hospital, employees that need to support their families but will lose their job for refusing, etc. I don't hate anyone for whatever decision they make regarding the vax. I do NOT believe that it's safe, and I hate it when people try to use force, threats or coercion to make people risk their health and their lives against their will. That pisses me off. That said, there may be ways to protect yourself against some of the adverse reactons.

No common core, no CRT, no ipads, no masks, and parents are strongly encouraged to volunteer in the classroom. Feels good.

The reason they aren't pushing the vax for babies and young kids is because a sudden rash of deaths in vaxxed kids will definitely wake people up....but heart attacks in middle age and even in young athletes aren't completely unheard of, so you can brush them under the rug, delete any social media posts linking yhe deaths to a vaccine, and have the media and blue check accounts repeat "natural causes" ad nauseam. Normies will remember that one time years ago they heard about a kid that dropped dead during a baseball game and assume it's the same thing. So they can keep pushing the jab and "nothing to see here".

I think they're trying to set up another false flag on independence day or something. Lots of bullshit posts and comments, some attempted demoralization, a little "do a terror" garbage. As soon as I suspect a glowie, I disengage and move on. I have better shit to do than talk to someone who is a bad faith actor.

"It's not uncommon for landlords to do gardening at night," police said. "The landlord of this particular property has a day job, so the man in the video was likely the landlord trying to access the back of the property to cut back some weeds."

When the family of the missing woman indicated a 6 foot x 3 foot freshly dug up area behind the property and requested that police look for the body there, police reiterated that there was no murder because no body was found in the apartment, and digging up the back yard would only feed false rumors of a murder that definitely did not take place. "This neighborhood is the safest it has ever been, and and accusations that a murder took place are purely delusional and an attack on the community at large" the police chief said.

There are three kinds of people in this world: Pussies, Dicks and Assholes. Pussies don’t like dicks, because pussies get fucked by dicks. But dicks also fuck assholes: assholes that just want to shit on everything. Pussies may think they can deal with assholes their way. But the only thing that can fuck an asshole is a dick, with some balls. The problem with dicks is: they fuck too much or fuck when it isn’t appropriate – and it takes a pussy to show them that. But sometimes, pussies can be so full of shit that they become assholes themselves… because pussies are an inch and half away from assholes.

There are three kinds of people in this world: Pussies, Dicks and Assholes. Pussies don’t like dicks, because pussies get fucked by dicks. But dicks also fuck assholes: assholes that just want to shit on everything. Pussies may think they can deal with assholes their way. But the only thing that can fuck an asshole is a dick, with some balls. The problem with dicks is: they fuck too much or fuck when it isn’t appropriate – and it takes a pussy to show them that. But sometimes, pussies can be so full of shit that they become assholes themselves… because pussies are an inch and half away from assholes. 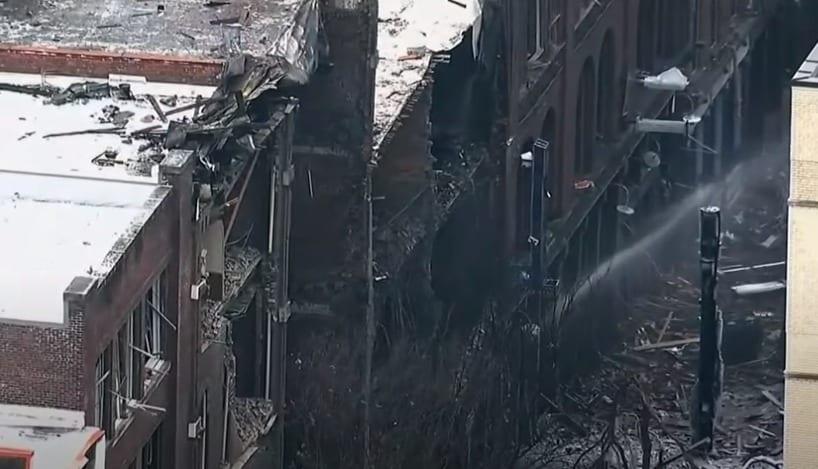 So let me get this straight. Today:

I want to have some fun 😈 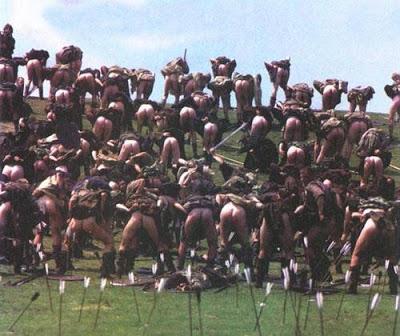 I have been buying:

Am I missing anything important? I plan on getting solar panels and a water catchment system soon, but I have to get the money first.

In 2014, as thr mother of a premature infant, I was researching therapies when I came across the NIH funded "SUPPORT" study. Largely scrubbed from the internet in the years since, this is the gist:

In the early 2010's, the NIH wanted to know about oxygen saturation levels for premature infants. Despite having 70+ years of data to collect from, and the dangers of too much or too little oxygen being well understood, they decided the best way to accomplish this was to set a hard amount of oxygen at random to premature infants, regardless of whether the infant needed more or less oxygen therapeutically. They asked the parents to participate, promising that the babies were not going to have anything done to them, that the study was data collection only. The data, they were told, would help in planning future treatment for other babies. It is important to note that the study was performed primarily in hospitals in depressed areas of the deep south, and primarily black babies were tested on.

When the parents got wind of what had been done, they went public. The media and the NIH covered up the ethical violation of experimenting on infants with a supposedly less serious controversy about informed consent. They controlled the narrative by making it about whether or not the parents of the babies were informed when they signed on instead of the fact that

A. The NIH was experimenting on human infants with some of the babies being killed or permanently disabled by the deprivation or saturation of oxygen. B. The entire experiment was unnecessary because oxygen saturation during NICU treatment is well understood. C. Poor minority neighborhoods were targeted. D. The parents were lied to and willfully misled about the nature of the study.

The NIH investgsted themselves and found no wrongdoing. Since then, most of the videos and information has been scrubbed. Here is what I have:

Anyone else have empty grocery stores? WTF os going on? I went to 2 grocery stores and there was no produce. NONE. Yogurt? None. Cheese? Almost none. No butter, eggs, creamer or bread. Milk? 6 gallons left in the fridge, all expire in 2 days. Meat was mostly gone too. Dry goods aisles fairly bare too. I live in PA surrounded by farms. It looks like the early days of COVID around here. I am fine because I prep, but I don't want to bust out the freeze dried food if I don't have to. I tried to order grocery pickup at a 3rd store and everything I wanted was out of stock.

Pedes who got the vaccine: I am not going to get the vaccine, but my family won't let me visit without it. I am specifically looking for valid lot numbers for the Moderna vaccine administered within the past month. I am not asking for any personal information, or images of your vaccine card. Just the lot number. Thanks a bunch!