Our church is really small and doesn't have its own building. We were meeting in a public elementary school until COVID, and then we moved to a Christian high school.

We're back in the elementary school. They say we have to wear masks. I'm not wearing a fucking mask anymore. And I was the only one.

After we got home, the pastor called my husband and said the school janitor saw me and told him that the school could revoke our permission to meet there if we don't all mask up.

This is the buried lede--my husband can't fucking understand why I won't wear a mask. "It's just a mask." Yep, he said that. Sure, it's just a mask until it isn't. I'm not playing "pandemic" anymore. Then he said some more ridiculous Covidian shit, like that my refusing to wear a mask won't change anything. Well, yeah, not with THAT attitude.

The best part was when he said that if we don't all wear masks, the government will make a LAW forcing it. I said, "So we have to do it so they don't force us to do it?"

And the asshole expects me to have sex with him. 😡

I'm sick of the increasing civilized of the deviation from civilized values and morals that the enemy calls "diversity." I saw a car in the Starbucks parking lot with one of those gay-ass "COEXIST" stickers, and my reaction was, "Coexist THIS, faggot!" Hateful? IDGAF anymore.

Also I was not patronizing Starbucks; they're across from my grocery store.

Me: There isn't one.

I did believe the shit about people dropping dead in the streets and Italy having too many bodies to cremate and children dying in my county. Of course I realized a while ago it's all bullshit.

I'm on the autism spectrum, so I have a hard time telling when people are lying, or have reason to lie, or have some ulterior motive.

That being said, I find it patently clear that the media and alphabet agencies are lying like rugs about COVID. They lied about Trump. They lied about the stolen election. They lied about J6. And the people clinging to the "deadly pandemic" narrative are the ones (i.e. Fauxi and Pfizer) who stand to gain the most from panicked, uninformed people.

I don't think it could be any clearer what's going on. Are people purposely denying reality?

Literally NOBODY is fully vaccinated, and it's going to remain this way

Okay, my BIL may have given me grief, but he does that to everybody over everything.

Nobody pointed out that the dyes and sweeteners are FDA-approved.

No, the coof jab is NOT good for my children's health. Their immune systems are better. I'm not giving them an experimental cold cure. 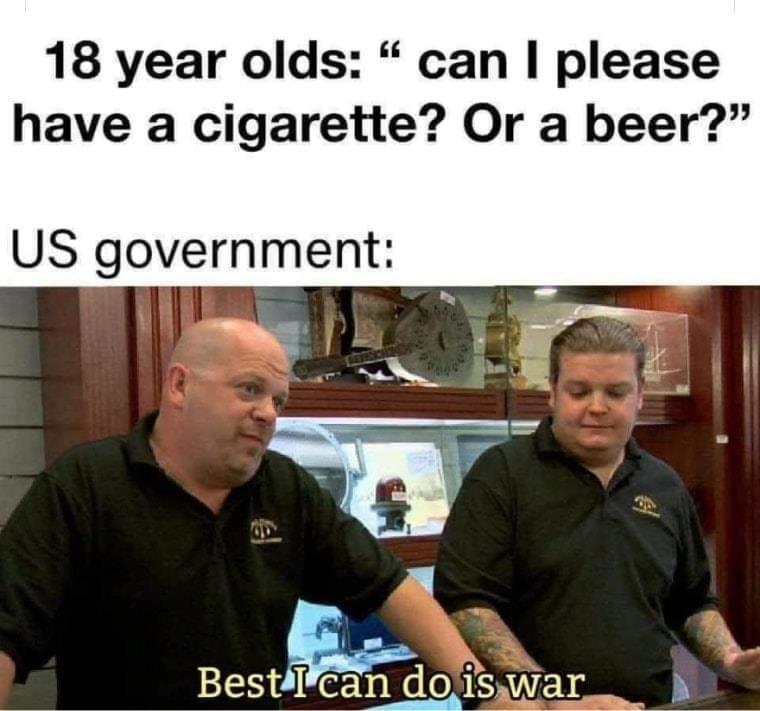 But fuck it, this guy had it coming. I wish I'd taken a screen shot, but i just took him to the woodshed and moved on. Faggot was sharing a meme that said something like "we" (presumably millennials and younger) should STFU about having to wear masks to protect old people, because a lot of them fought wars to protect our right to bitch about masks.

Are you fucking kidding me? Are you seeing what's going on in the world right now? Who fought the endless fucking foreign wars that have become deadly again under Biden? I know so many combat veterans under 40. Fuck off with your bullshit guilt trip. 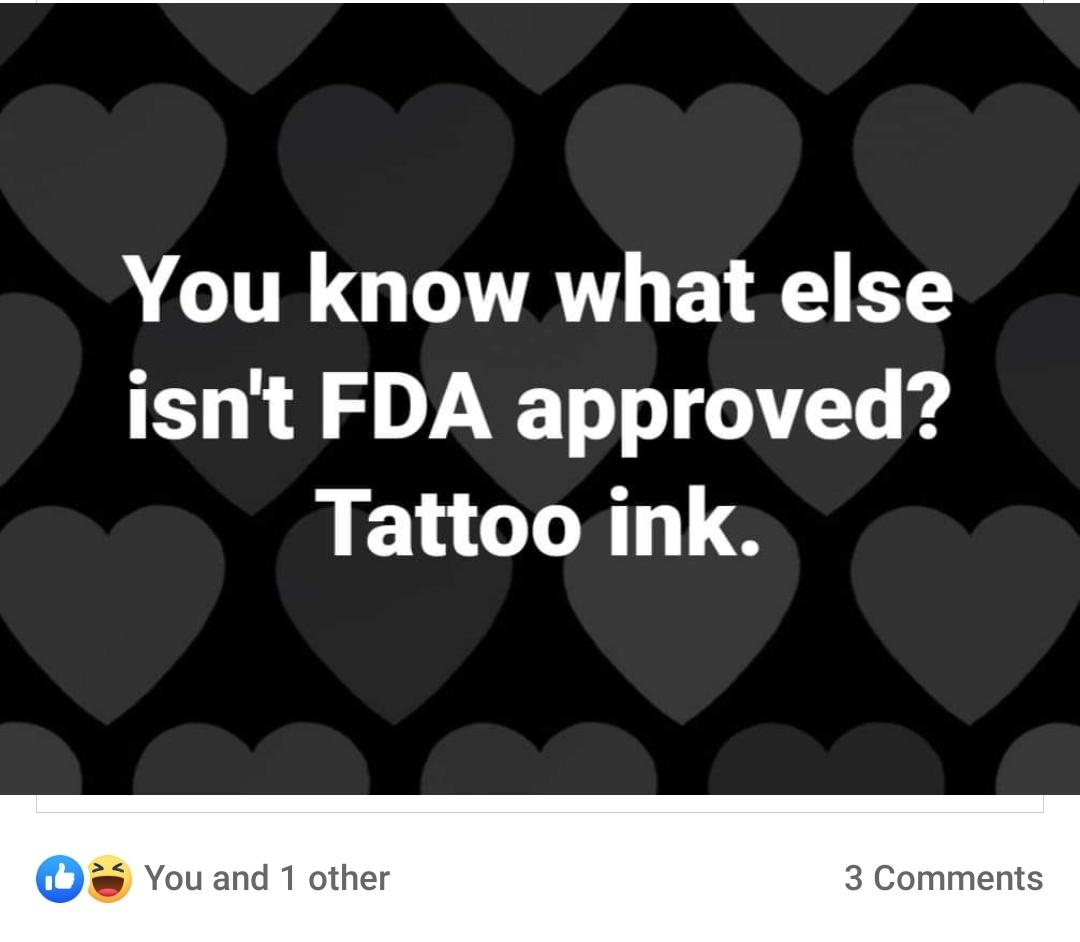 Because if you're not already convinced masks are unnecessary, ain't nothing gonna convince you.

I searched for "vaccine choice" and found only "Texans for vaccine choice." Good for them, but I'm not in Texas.

My husband has made it very clear that he wants our (soon to be) 12-year-old to get the jab. The fake vaxx must have REALLY messed up his mind for him even to bring it up!

....Aaaaaaaaaand he's over it.

Apparently my husband's 18-year-old cousin has refused the jab. This surprises and impresses me because of the woke area in which they live, plus the fact that all the family on that side seem to be Covidians. He got a mild flu-like illness while his mother was in Hawaii and recovered in like 3 days. No need for horse paste.

He would have been in Hawaii with her, but, as I said, he refuses to get jabbed. Maybe there's hope for the younger generation.

This is what you tell anyone who asks if you've had the "vaccine."

Shower thought: My congressman is a faggot.

Now, hang on. This hasn't been as obvious as in the cases of most of y'all's congresscreatures, because tbh I forget he exists, until he sends me an e-mail, like he did today. It was about the shitshow of a clusterfuck in Afghanistan, and how bad it is, etc. I was like, no SHIT, Sherlock! What are you going to do about it???

Apparently, not a damn thing, just like every other Republican. I'm not going to say he doesn't do anything, but he never makes the news, which is just like doing nothing, these days. He's not crying like a little bitch like Adam Kinzinger, but he's not getting canceled by the MSM like MTG or Matt Gaetz. If nobody hates you, you're not doing enough. If you're not constantly speaking out about election audits and the criminality of the Biden administration, you're complicit. I was talking to this guy I know who works at the Pentagon, albeit at a pretty low level. He said we ALWAYS leave those kinds of things when we pull out of a country, and it was part of Trump's plan. Also blah blah blah some general he knows said China's not interested in Afghanistan or some bullshit like that. How far down does the rot in the Pentagon go?

Even if Xiden DIDN'T abandon Afghanistan on the CCP's orders, the US looks like the weakest fucking losers on the planet. Trump was the only thing standing between China and the remaining anti-CCP Chinese.

Sorry, I'm just worried about my family in Taiwan and I got no one to talk to besides Biden voters and Pentagon apologists.

I feel as if someone opened the crisis hydrant and were getting drenched. Is that the point? I can't read a post here without seeing another post redirecting my attention to ANOTHER NWO-created clusterfuck.

Would those trying to stop him be outnumbered by those welcoming him?

Would those trying to stop him be outnumbered by those welcoming him?

Including the firehouse, which is technically not a business.

And they want to fire those of us who won't get the Jab of Death? Go the fuck ahead. Do it.

REFUSE the delta variant shot and hold your ground. Your employers need you more than you need them.

I watched some video of parents in Tennessee who are furious about mask mandates in elementary schools. The kids are at such a crucial age, the effect of them not seeing smiles, not being able to hug their friends, not being able to play side-by-side can do a lot of damage. Children who grow up in emotionless environments with no social connections turn into sociopaths. Is that part of the endgame? Child soldiers who lack empathy and would turn in their parents for wrongthink without blinking?

I'm finishing my master's degree this coming academic year, or that was the plan. I've done all the coursework and lectures online; I have never physically been to the campus, nor do I plan on going there.

That's what I told them when I got an email that says all students and staff must complete a "vaccine attestation" that tells them whether you're jabbed, unjabbed but going to get jabbed, or unjabbed and not planning to jab. I haven't received an answer, but I have the feeling they're going to tell me I still need to give that information. There was some explanation about herd immunity, but why does my immunity matter when I'm not part of the herd?

How's everybody else working around college COVID faggotry?