TheDonald
Communities Topics Log In Sign Up
Sign In
Hot
All Posts
Settings
Win uses cookies, which are essential for the site to function. We don't want your data, nor do we share it with anyone. I accept.
DEFAULT COMMUNITIES • All General AskWin Funny Technology Animals Sports Gaming DIY Health Positive Privacy
3337

THINGS THAT MAKE YOU GO HMMM: Boulder CO Had Their Local Ordinance Banning 'Assault Weapons' Shot Down by a Colorado Judge only a Few Days Ago...Then 'Suddenly' There's a 'Mass Shooting' in a Boulder Grocery Store... (media.patriots.win)
posted 1 year ago by Moebius 1 year ago by Moebius +3337 / -0 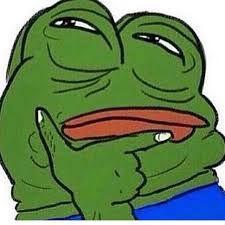 We're two months in and magically this stuff starts up again after 4 years of low or no shootings. The Las Vegas shooting was almost assuredly an Saudi assassination attempt on US soil. This is assuredly some CIA or other program to radicalize or straight pay them off to do these things.

And no matter how much we call it out, we ALWAYS buckle to the tyrants. When do we say enough is enough??

Any details on the Saudi connection?

Basically the crown prince was in Vegas gambling on the down low. Various Saudi factions paid for an assassin squad to take him out. That’s why Paxton or whoever had a room slap full of guns and ammo like that. The room the deal went down in was a floor below the four seasons that is also Saudi owned. So they were basically just going to fight their way up the stairs and kill him.

However he had slipped out and some random security guard called the cops due to assailants barricading the floor. So the deal went south and they shot the Paxton guy and then decided to cover by shooting into the crowd and at some fuel tanks to cause a diversion.

There’s video of the fbi being in all the casinos trying to find the prince and escorting him out. This is why we never heard anything more about it, because the fbi covered it up. If you recall shortly thereafter Trump went to Saudi Arabia and the country started liberalizing and arrested a shit ton of the royal family, amongst other things. The general theory was trump put the fear of god into the king and made a deal to keep it quiet.

I wasn't aware of this, I assumed it was just a false flag. What a ride.

If you recall shortly thereafter Trump went to Saudi Arabia and the country started liberalizing and arrested a shit ton of the royal family, amongst other things. The general theory was trump put the fear of god into the king and made a deal to keep it quiet.

DC is an illegitimate tumor in this country. US politicians haven't worked for us in decades, and have been infiltrated by Jesuits/Illuminists (mainly through the Freemasons) since 1776!

Remember, the FBI's biggest concern was saving a FOREIGN prince.

So was the shooter in any way possibly tied to this? What's the connection with the shooter?

The point was to illustrate that under trump there were not any mass shootings, excluding Vegas. Wherein Vegas wasn’t your standard shooting but something else.

The fact they started up like a light switch implies they are not organic events but activities promoted by govt agencies.